Iqra (played by Priya Davdra) has been torn between her loyalties to her younger sibling Habiba (Rukku Nahar) and girlfriend Ash Panesar (Kaur Garcha) of late on EastEnders. This is because her sister is in love with Jags Panesar (Amar Adatia), who has been wrongfully imprisoned for an attack on Martin Fowler (James Bye) after his mother Suki Panesar (Balvinder Sopal) set him up. Knowing full well her boyfriend’s family were behind his four-year incarceration behind bars, the youngster made an exit from the BBC soap but will her sister follow suit when she realises the truth?

It seemed a complete surprise to Iqra that her sister was bidding farewell to the Square, despite earlier in Thursday’s episode Habiba had made it very clear she wasn’t going to be living under the same roof as Ash.

When the businesswoman spotted her sibling with a suitcase in hand and heading towards a taxi, she asked her what was going on.

“I told you, I’m going,” Jags’ girlfriend replied before her sister hit back and said: “What, so you waited for me to come around the corner to make your big exit?

“Are you serious? You’re just leaving?” Ash’s girlfriend declared in shock, with Habiba going on to explain exactly why she was leaving.

“Well, I can’t do this any more. I can’t watch you with Ash day in, day out – it’s no good,” she told the eldest daughter of the clan. 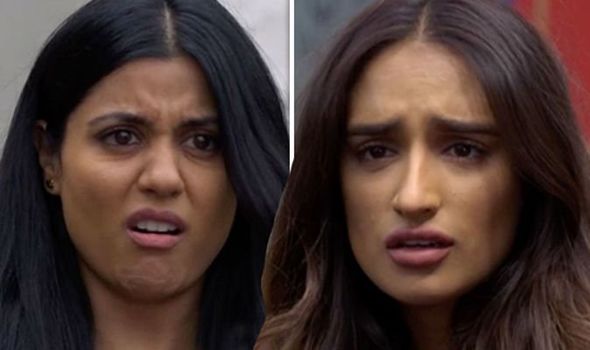 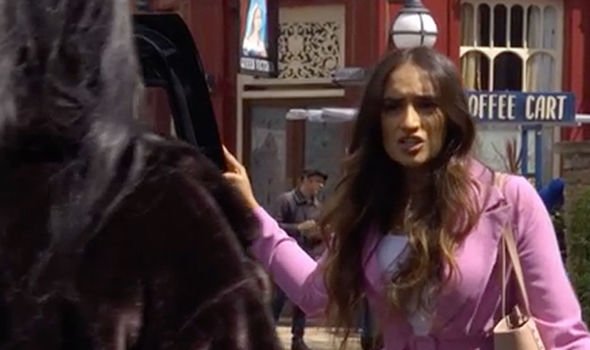 “You think you love her but when are you going to realise I’m right? She’s going to hurt you, really badly,” Habiba continued.

“And I don’t want to be around to see that,” she added before Iqra asked if she was giving her a choice of whether to side with her sister or her lover.

“That’s it and you’ll stay?” the businesswoman asked, to which the young Ahmed sister replied: “It’s your choice, make it.”

“I can’t. Look, you can’t just go. Habs, you’re my sister,” Iqra mercifully replied, urging her sibling to stay with her in Walford. 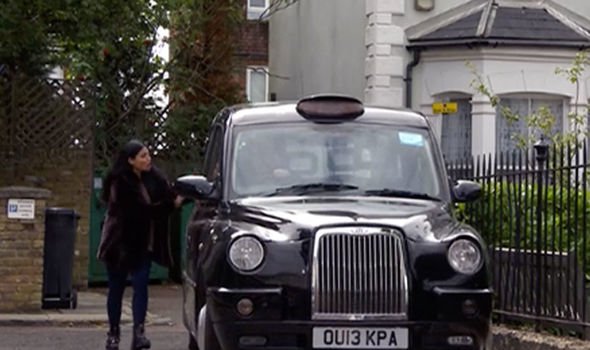 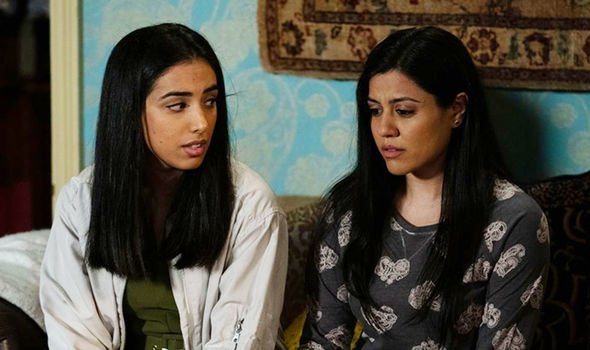 We do everything together

“We do everything together, we always have. I need you,” she added, teasing she couldn’t possibly live in the Square without Habiba by her side.

Disappointed Iqra hadn’t chosen her, the youngster put her suitcase into the taxi and replied: ”But Jags needs me more.”

She then shut the door and drove off with her sister slamming at the door telling her not to go, but the businesswoman’s efforts were fruitless.

This leaves Iqra as the last member of the Ahmed/Masood clan still living in Walford and without her loved ones around her, will she follow in pursuit of a life away from the Square?

At the moment, Iqra is under Ash’s spell as her girlfriend has defended her family against Habiba’s accusations they framed Jags.

Little does she know her sister is right and her partner has been making it seem as if her sibling is crazy to save their relationship.

As with every secret in soaps, they don’t stay harboured for long so it is only a matter of time before the businesswoman discovers she’s been duped.

With no future prospects in Walford and the Panesar family lurking around every corner, Iqra could decide the best place for her is far away from the Square.

It was announced earlier this month Tina Carter (Luisa Bradshaw-White) was going to be making an exit from the weeknight serial drama.

Some viewers have picked up on a spark between the pair and have predicted an affair could be on the horizon.

If Iqra does feel neglected by Ash as she continues to defend her family, she could seek comfort elsewhere.

Could it be the businesswoman will leave the Square with a new lover on her arm?

EastEnders continues Friday at 8:05pm on BBC One.