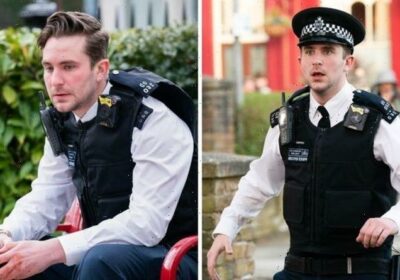 In scenes that aired on Monday night’s EastEnders, Ben Mitchell (played by Max Bowden) and Callum Highway’s (Tony Clay) relationship appears to be on the rocks after Ben gives his husband an ultimatum between him and his job. There is already tension between the couple after they are forced to sleep on a blow-up bed at Stuart Highway’s (Ricky Champ) house because his grandma, Vi Highway (Gwen Taylor) is still there – and very much outstaying her welcome. However, things soon took a turn when Callum is determined to catch Kat Slater’s (Jessie Wallace) mugger. Although, when he eventually catches him, the mugger pulls out a knife. Could this be the end for Callum?

At the beginning of Monday’s instalment, Ben said to a rather distracted Callum: “Shall we address the elephant in the room?

“I don’t want to row about this,” he continued as Callum replied: “I’ll think about it, Ben.

“I love this job. But I love you more, so I’ll think about quitting the police for you.”

“See you tonight for dinner, yeah?“ Ben replied with a smile on his face. 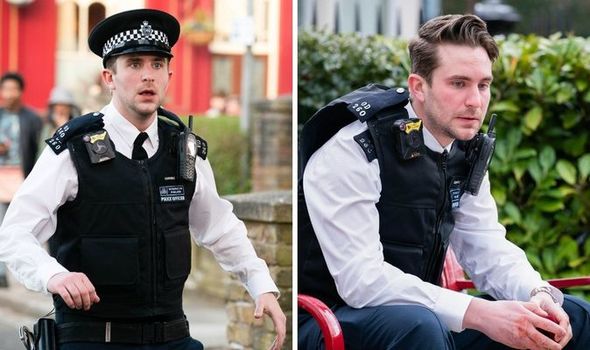 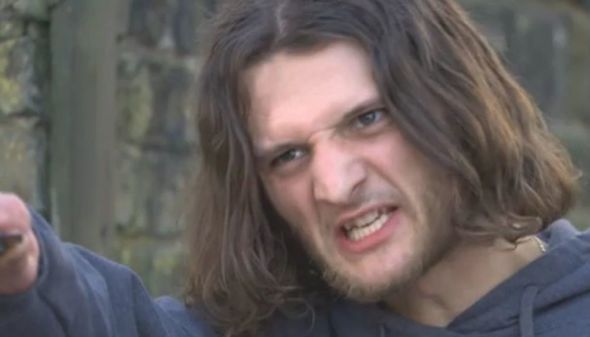 Elsewhere, Phil Mitchell (Steve McFadden) arrived home to see Callum and his colleague there, much to his disgust.

Despite him thinking the worst about Callum, who is hellbent on bringing him down, the police officers are there because Kat got mugged.

“Look I told you I’ll talk to you later,” Kat raged at Phil as he questioned her on his bank cards.

He replied: “No, not later, now they’ve blocked my credit card. You don’t answer my calls, but you spend my money like water.”

“I’m not doing this now, Phil,” Kat told him as Phil walked into the living room only to discover Callum and Fitzy sitting there. 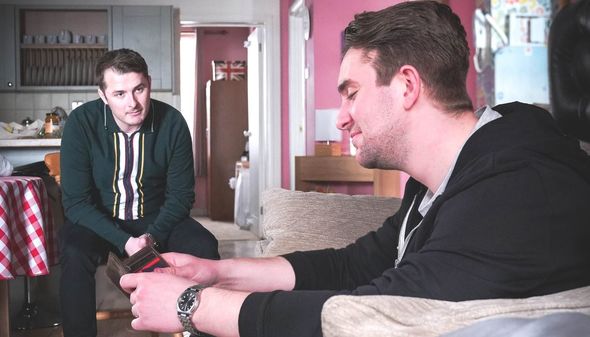 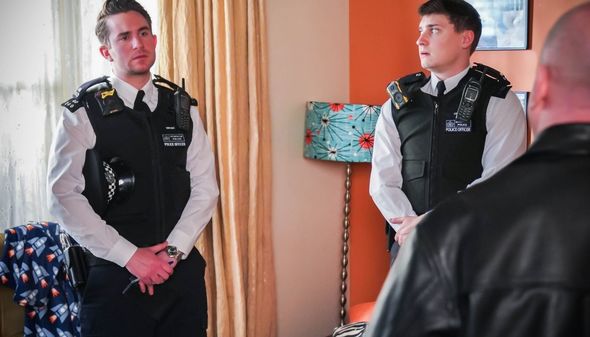 “What’s he doing here?” Phil quizzed as he turned to Kat. “You trying to turn her against me and all are you?”

Putting him straight Kat explained: “Your cards are blocked because I was mugged.”

“You were mugged, and you didn’t tell me?” Phil pushed further as Kat added: “I tried to but you were too busy with Denise, weren’t you?”

Phil went on to quiz his girlfriend on who the culprit was before turning to Callum to have a dig.

“It’s more than what he will do,” Phil continued. “All he’ll do is give him a slap on the wrist and send him to some cushy rehab centre.

“That’s if he can be bothered to look for them because he’ll be too busy trying to nick one of his own.”

Callum quickly made an excuse to leave and following Phil’s comments he made it his mission to catch Kat’s mugger.

Despite Fitzy’s efforts to try and knock off from their shift early, Callum was determined to catch their suspect.

As the episode came to a close, Callum and Fitzy embarked on a chase through Walford after spotting the culprit in the high street.

“The bloke’s not going to return to the scene of the crime, is he?” Fitzy said. “You don’t have to prove yourself to someone like Phil Mitchell.”

After attempting to catch the culprit, he asked: “Callum, have you seen him?”

However, just as he did, Fitzy came face-to-face with the mugger and he ended up stabbing him in the stomach.

He then turned the knife towards Callum and threatened: “You’re not taking me anywhere.”

The episode ended on a cliffhanger with Kat’s mugger pointing a knife towards Callum.

Will he meet the same fate as his colleague Fitzy?

EastEnders airs on Tuesday at 7.35pm on BBC One.