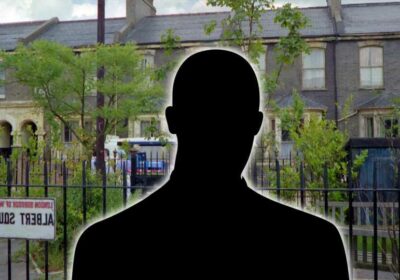 EASTENDERS fans are in for a shock after a bombshell twist is revealed in this week’s episodes.

WARNING THIS STORY CONTAINS SPOILERS FOR EPISODES OF THE BBC SOAP THAT HAVE YET TO AIR ON TELEVISION. 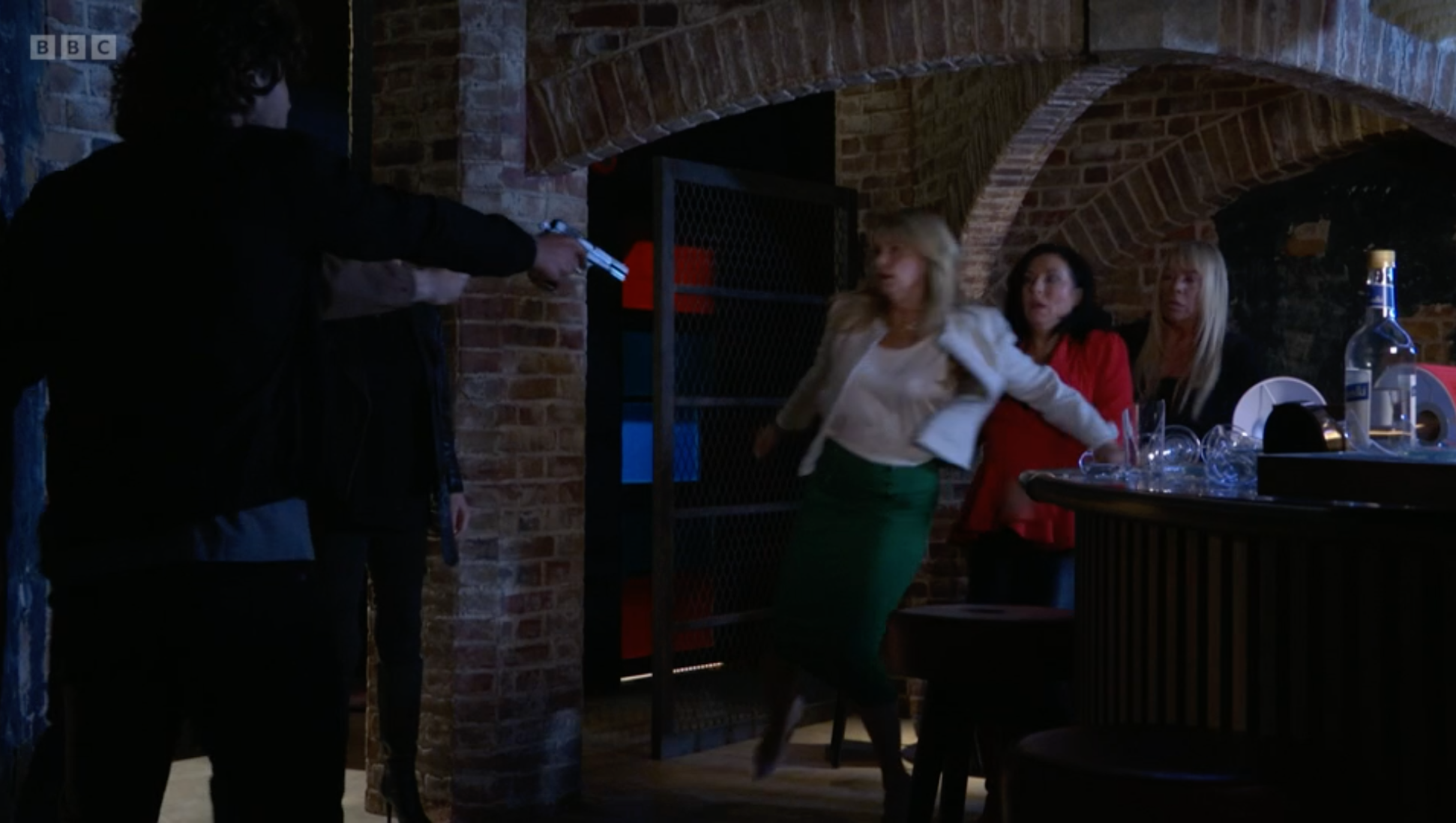 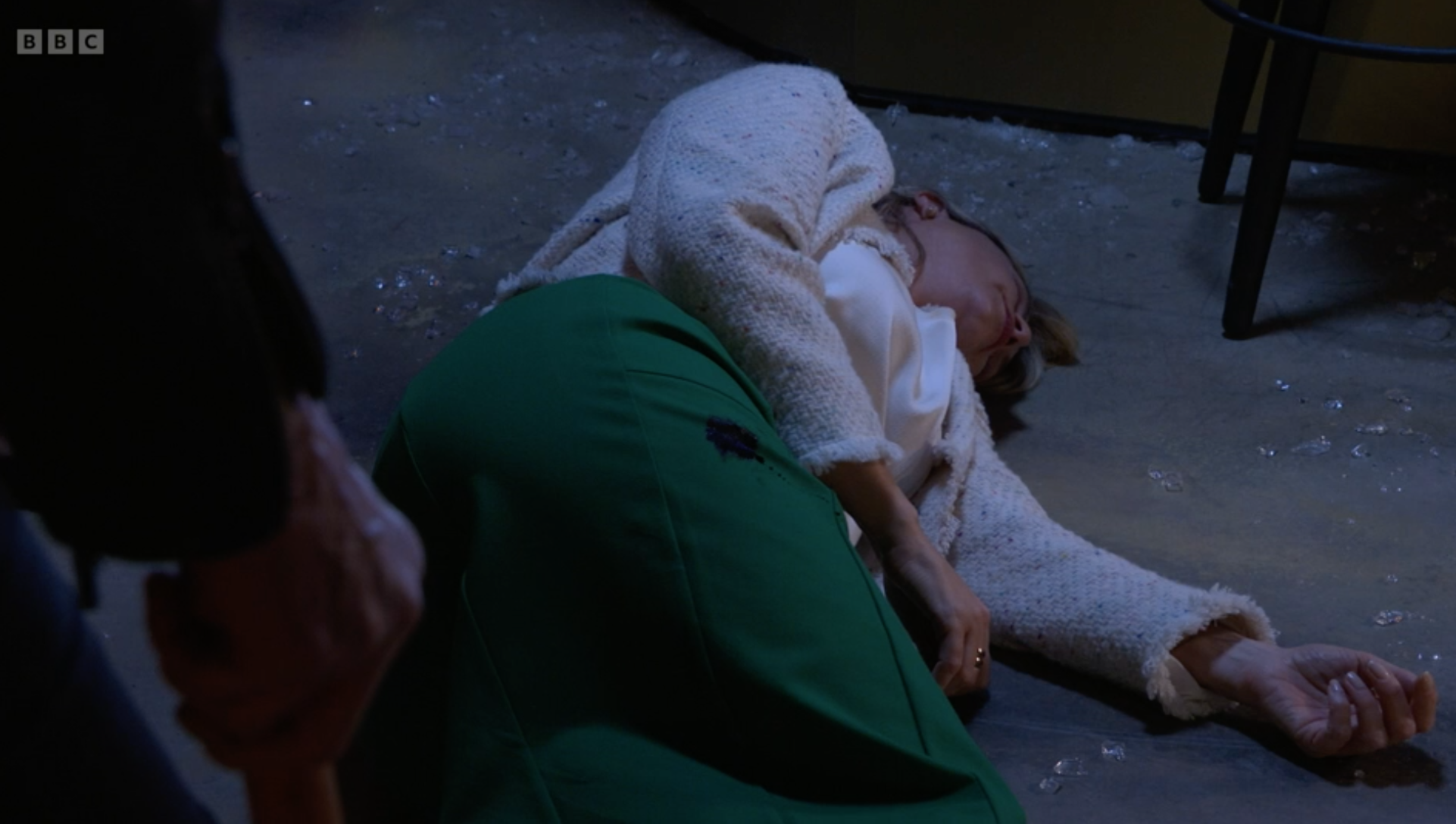 In the week’s episodes – that are now available to watch on iPlayer – Sam Mitchell was dramatically shot in the family’s war against gangster Jonah.

But in a shock twist it was revealed that Jonah wasn’t behind the shooting.

Instead Sam herself was revealed to be the mastermind of the plot against her brother Phil’s businesses.

After an epic face-off before the launch night of Peggy’s, thugs entered the building and threatened Kat Slater and Sharon Watts. 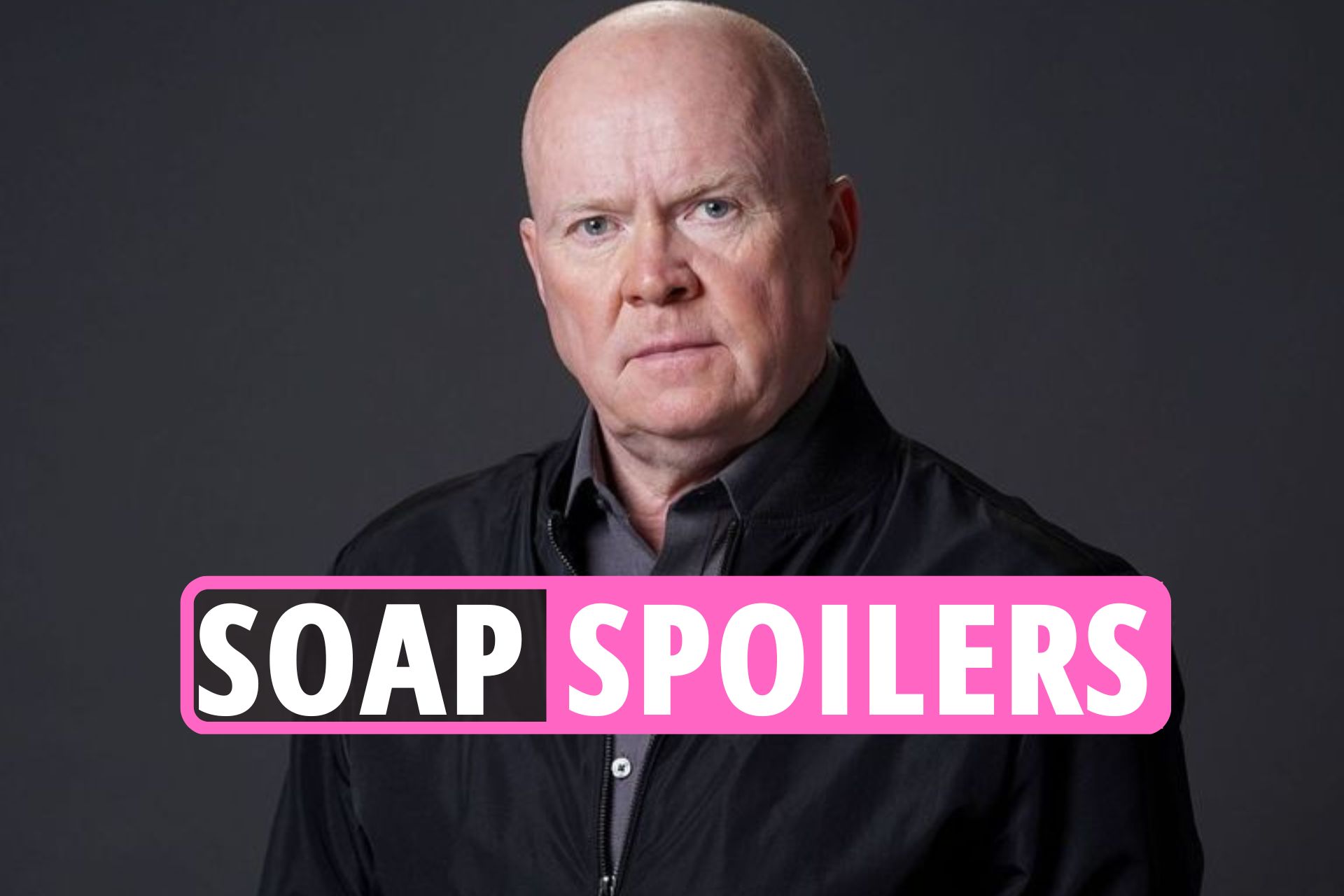 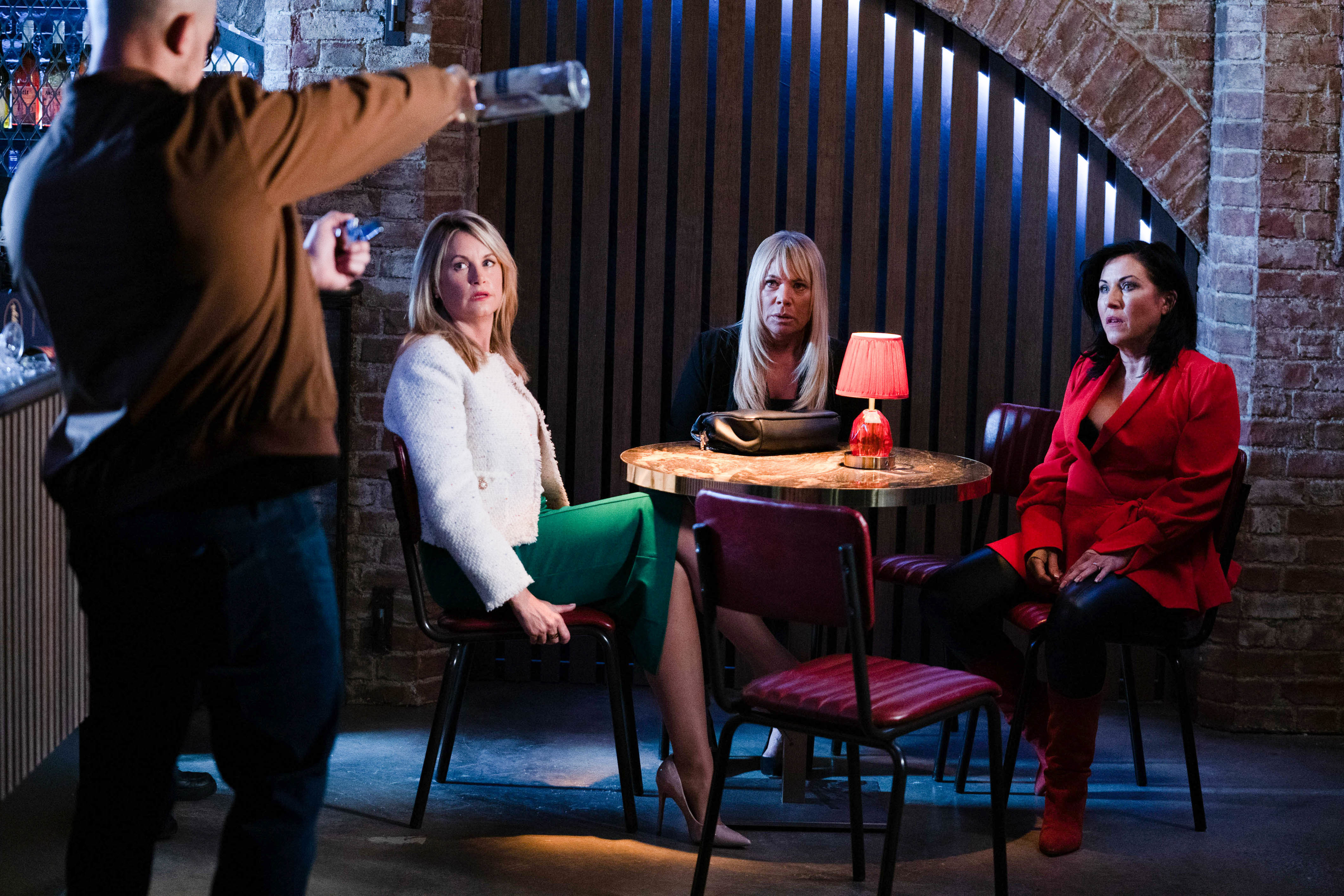 The women faced off against the men after assuming they were sent by Jonah to intimidate them.

But as Kat refused to back down and rowed with the hired thugs – one of them pulled a gun and decided to shoot her.

There was a near-miss with the gunshot – terrifying Shirley who was hiding in the office after smashing up the club.

With Shirley hiding, Sam made her way to the club and confronted the men.

But after the men demanded access to the safe – and came in contact with Shirley’s baseball bat, things spiralled out of control.

The men panicked and pointed their guns at the women.

At the last second Sam threw herself into the path of the bullet, saving Kat from being shot – and putting her own life at risk.

She was rushed to hospital and her life was saved.

But in a later episode Sam revealed that she was behind it all.

Meeting up with the thugs, she handed over payment for their services.

“You weren’t meant to shoot me,” she said as she handed over the cash.

But as the men asked if they were done, Sam told them: “Oh no, I’m just getting started.”

However there was another twist at the end of the week’s episode when Shirley worked out what Sam had been up to.

Everything you need to know about Eastenders 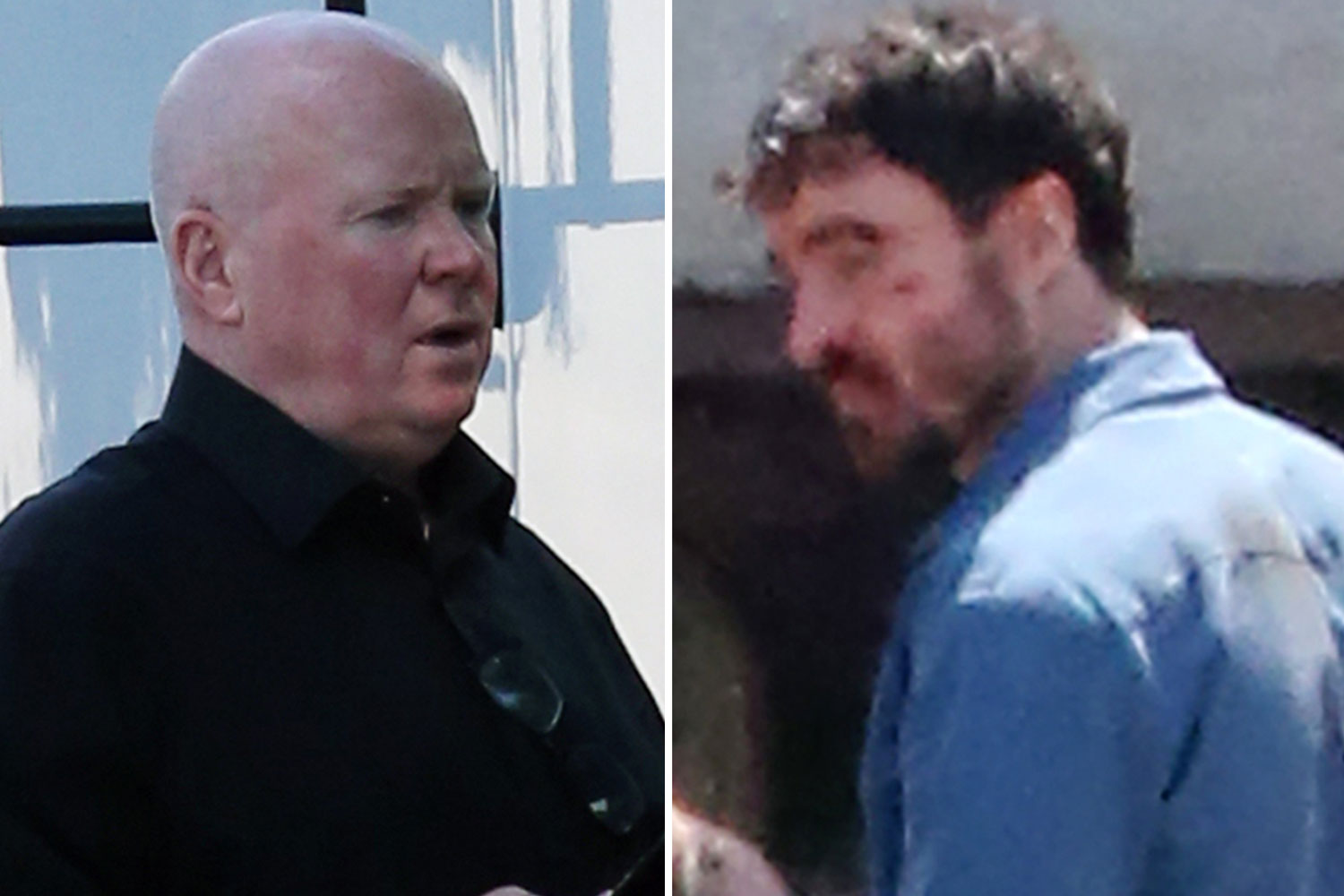 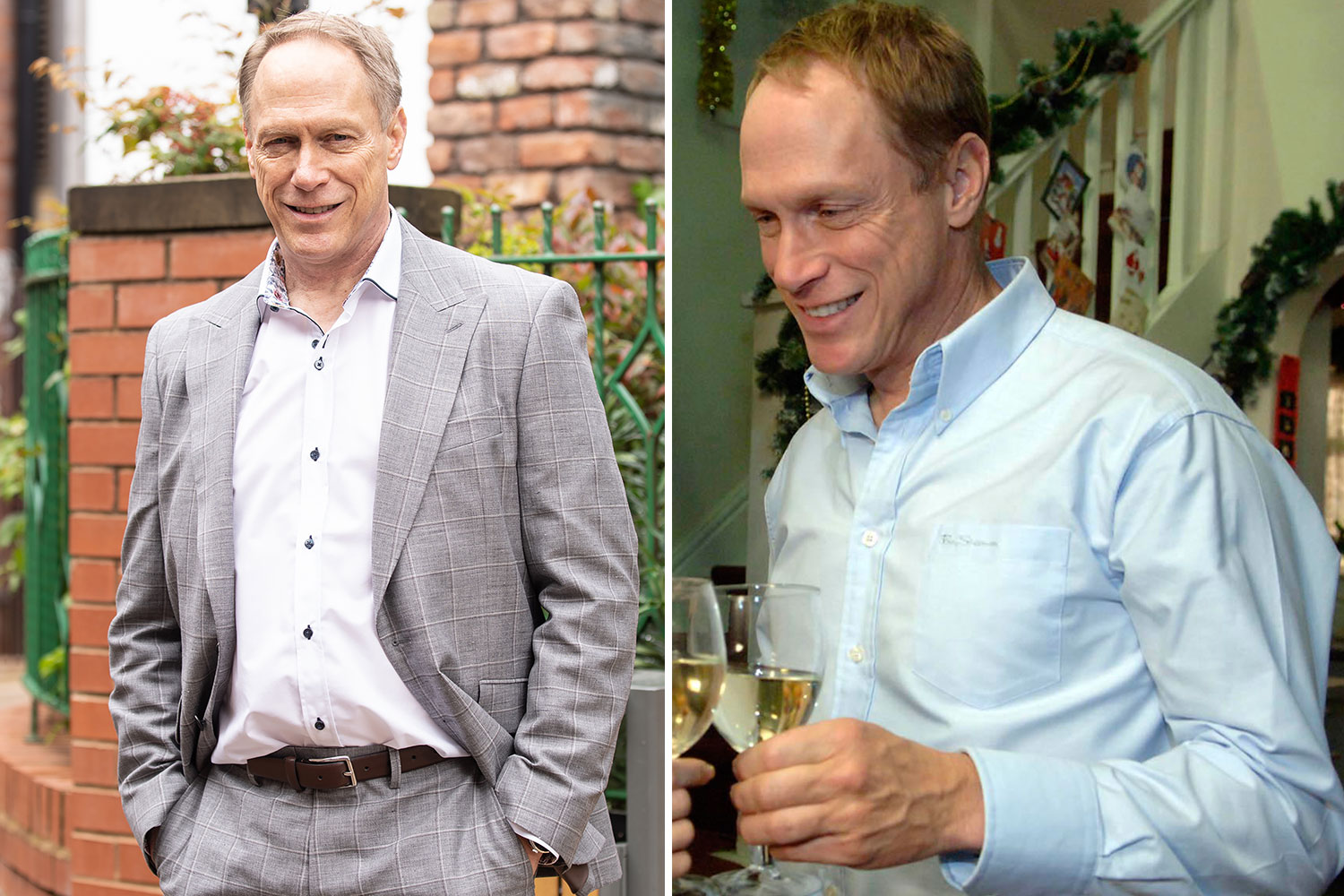 Coronation Street fans baffled by Stephen's accent as he returns 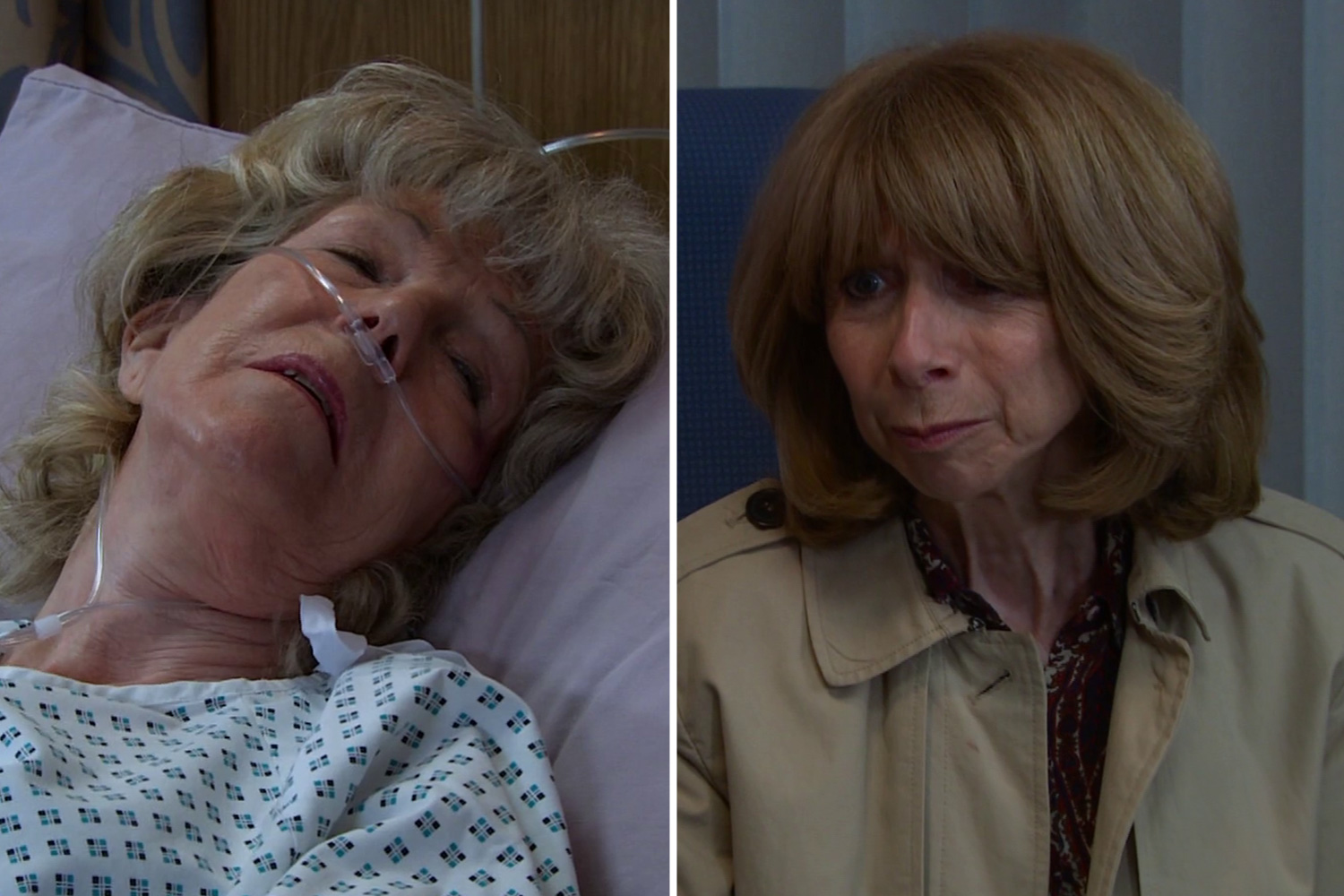 And she blackmailed her into cutting her into her scam.

This week’s episodes are now available to watch on BBC iPlayer. 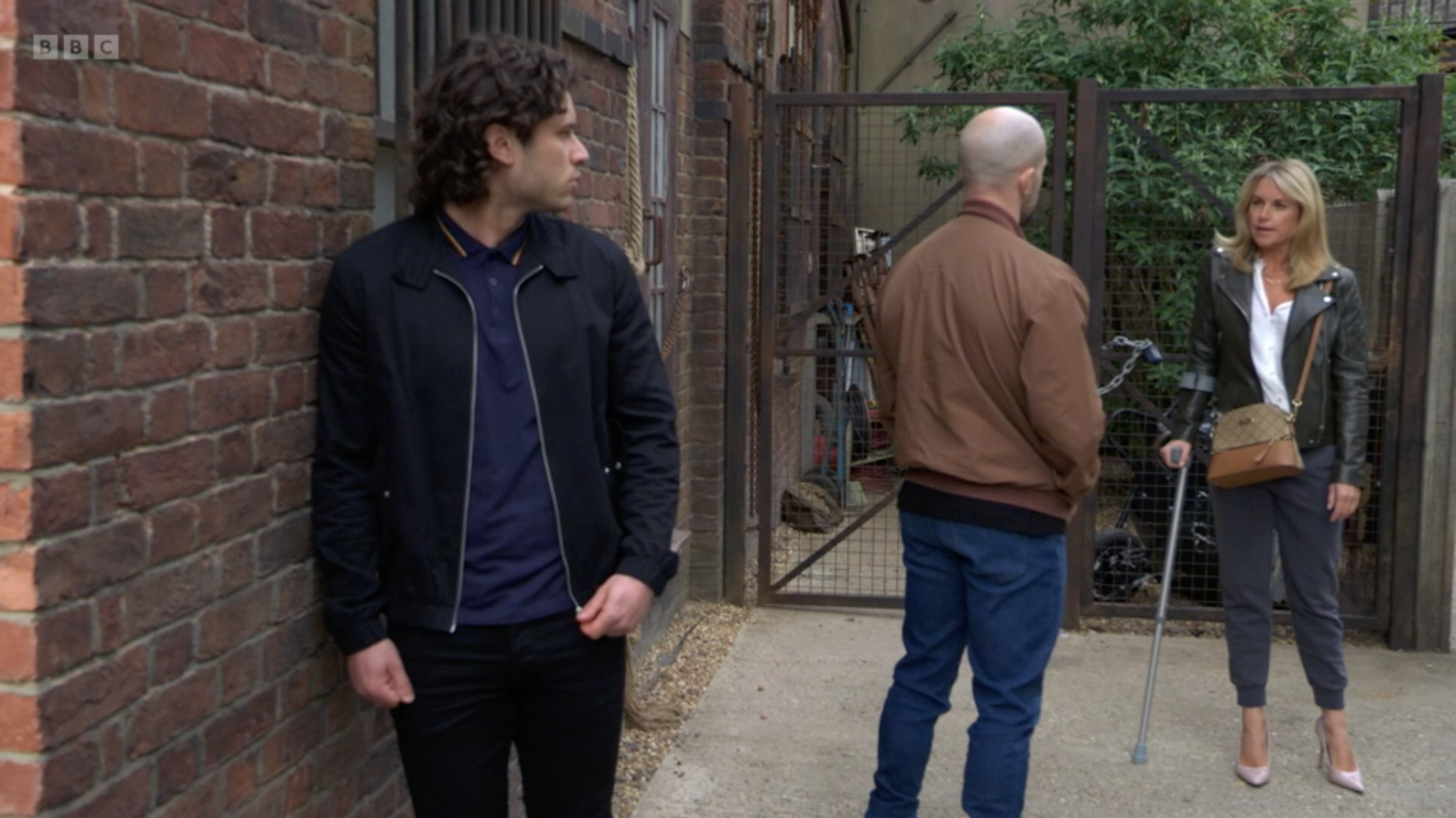