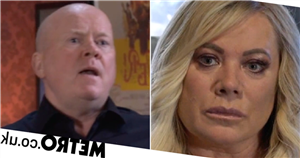 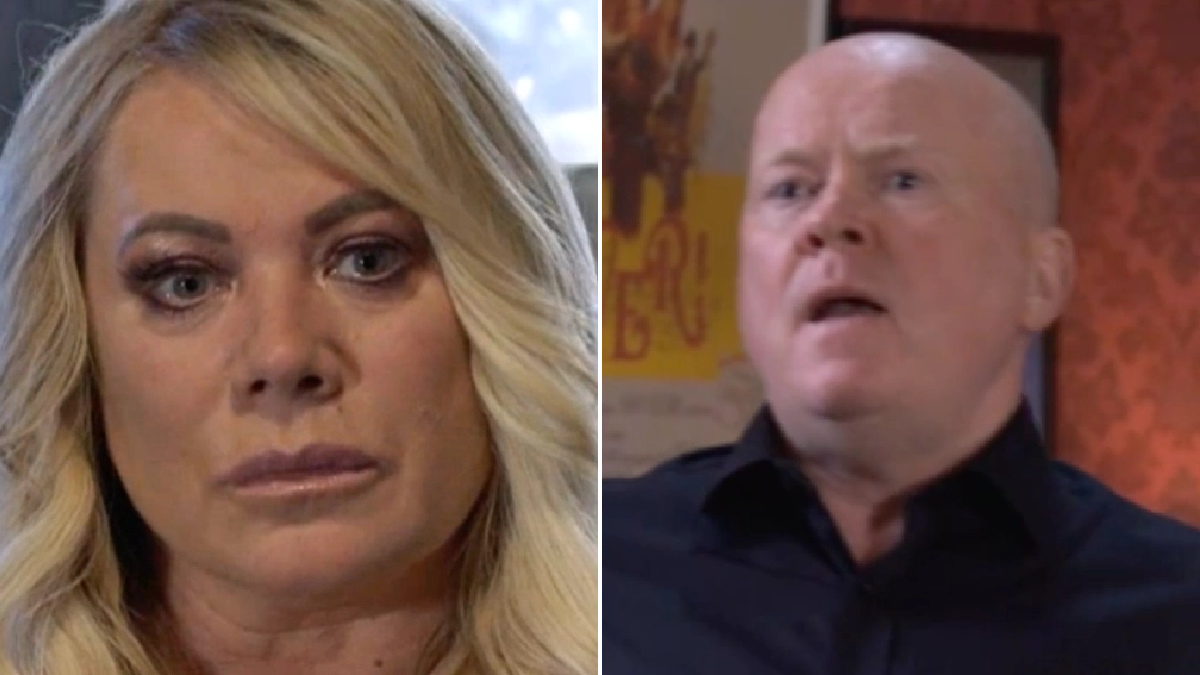 They say that revenge is a dish best served cold, and that’s certainly the case for EastEnders legend Phil Mitchell (Steve McFadden), who was taken away by the police tonight, after Sharon Watts (Letitia Dean) did the right thing and reported him to the police.

Sharon has been riddled with guilt over the role she played in the disappearance of Tina Carter (Luisa Bradshaw-White), who vanished after she was named prime suspect in the attack on Ian Beale (Adam Woodyatt) last year.

Viewers will know that Tina is actually dead, after Gray Atkins (Toby-Alexander Smith) claimed her life in a heated showdown at Christmas, but Shirley (Linda Henry) reckons her beloved sister is still out there.

With Gray spinning her a tale about Tina being in trouble, Shirley pleaded with Phil to hand himself in to the police for his role in Ian’s attack, as this would clear Tina’s name and allow her to come home.

Phil refused to do so, and warned Sharon against coming clean, reminding her that she could end up doing time in prison if she was to spill the beans.

But Sharon, unlike Phil, actually has a conscience, and it’s clear that her actions have been weighing on her as of late.

Linda (Kellie Bright) appealed to Sharon’s better nature, asking her to do the right thing and make amends for all the damage she caused in attempting to murder Ian.

Sharon evidently wanted to ease her guilt, but she worried about the possibility of a prison sentence.

Tonight’s edition of the serial drama, however, saw her see sense, after Shirley made one final heartfelt plea, begging her to come clean.

Sharon, ignoring incessant phone calls from Phil, ultimately did just that, as she headed to the precinct in order to clear Tina’s name.

DS Arthurs asked her to start from the beginning.

Phil, meanwhile, enjoyed a drink in the Vic with Kat Slater (Jessie Wallace), but he was stunned to silence when the police arrived, and proceeded to arrest him for Ian’s attempted murder!

Maybe now Phil can realise that his actions have consequences. And while he’s at it, perhaps now he can stop telling everyone that Ian killed Dennis Rickman (Bleu Landau) when he himself is more at fault than anyone else.

It’ll be interesting to see if Sharon told the police the whole truth, or if she expertly kept her own involvement in the crime a secret.

EastEnders continues Monday September 6 at 8:05pm on BBC One.