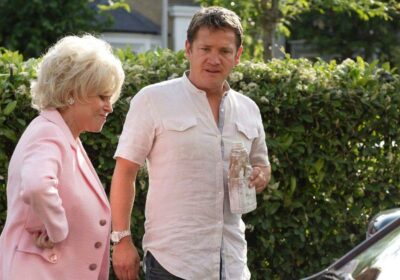 EastEnders legend Sid Owen was reportedly in talks to return to Albert Square until a money dispute cut the plans short.

The actor regularly played Ricky Butcher in the soap from 1988 until 2012, and previously teased in 2016 that he had a ‘contract with the BBC’ that could see him return.

While that has never materialised, it seems that the former market stall trader was in line to reappear in Walford, alongside the return of Charlie Brooks, who plays his onscreen sister, Janine.

A sourcetold The Sun: “Obviously Sid jumped at the chance but when they started talking about cash things hit a rut.

“Sid’s expectations for pay were well out of sync with what the BBC were willing to give him.”

The reported halt in plans comes just days after it was confirmed that killer sister Janine would be back to terrorise the Square once again.

She said of the announcement: “I am beyond excited to be slipping back into Janine’s shoes and returning to the square. The time feels right and I can’t wait to find out what she’s been up to for the last seven years!

“She is and always has been SO much fun to play. Feels a bit like coming home. It’s good to be back.”

Janine and Ricky were part of the Butcher dynasty, with the two siblings the children of Frank Butcher.

Frank became famed for his ongoing love triangle with Pat Butcher and Peggy Mitchell as well as his shady dealings.

In comparison, Ricky was the far more timid member of the family, marrying the loudmouth Bianca (Patsy Palmer), who would screech his name across the Square.

Actor Sid recently hit headlines after he was rushed to hospital last year after a freak golfing accident shattered his jaw.

While on a retreat in Thailand, Sid was hit in the face with a high-speed golfball, resulting in six teeth being knocked out.

He needed emergency reconstructive surgery to correct the issue and refused to appear on camera during a scheduled appearance on Loose Women as his confidence was so knocked.

He’s thankfully since made a full recovery.