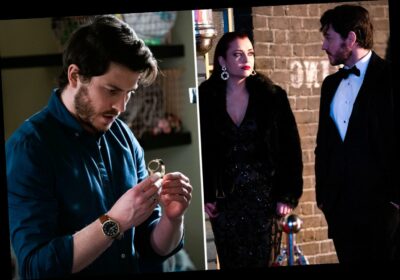 The serial killer – who is played by actor Toby Alexander Smith in the BBC soap – asked Whitney to come to his work ball in tonight’s episode. 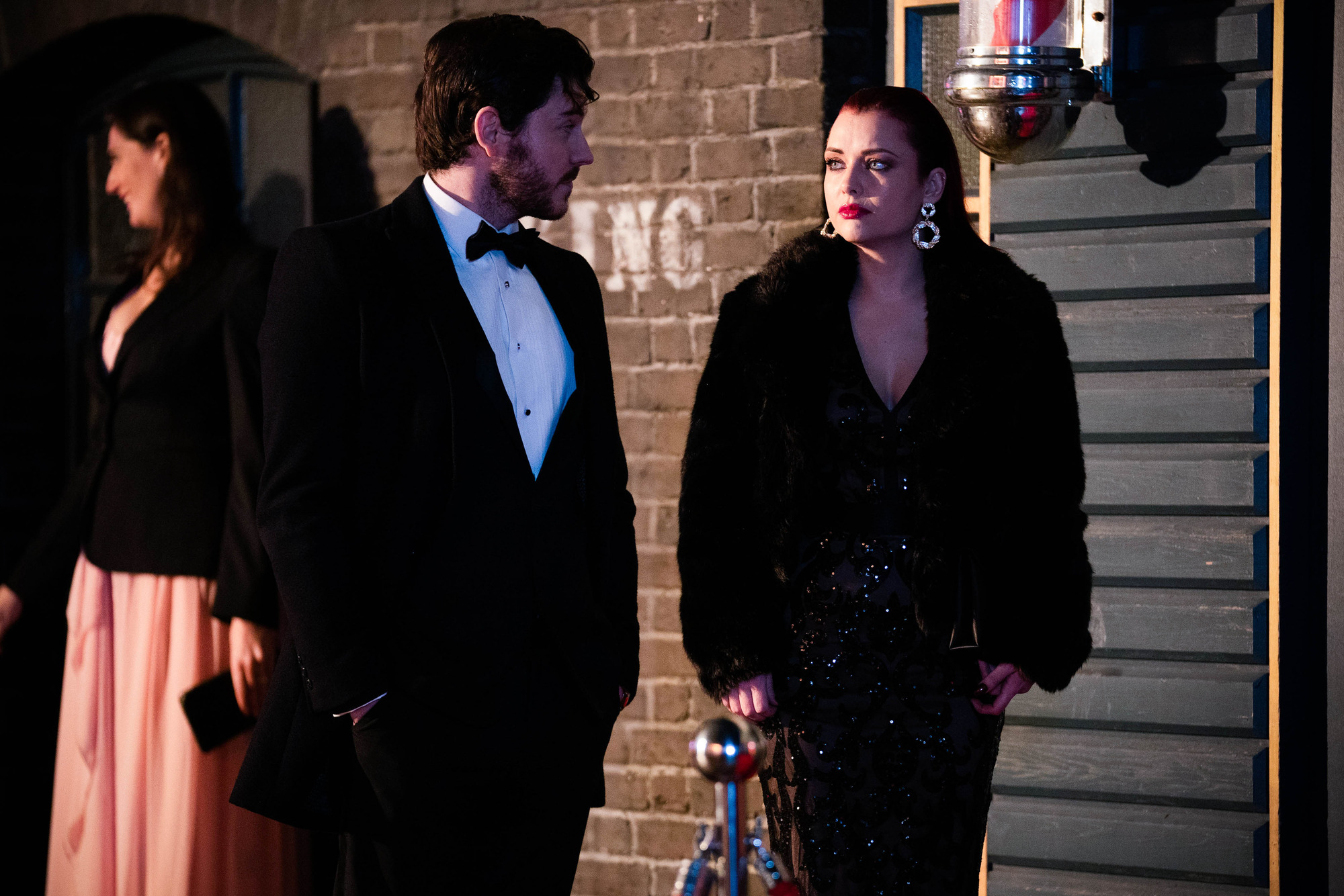 But while she agreed to accompany him as a friend, she was uncomfortable when he gave her one of Chantelle’s gowns to wear.

He even gave her one of Chantelle’s bracelets to as a gift.

Viewers know Gray murdered Chantelle when she tried to leave him.

The lawyer now seems to have set his sights on Whitney, who remains unaware of his intentions. 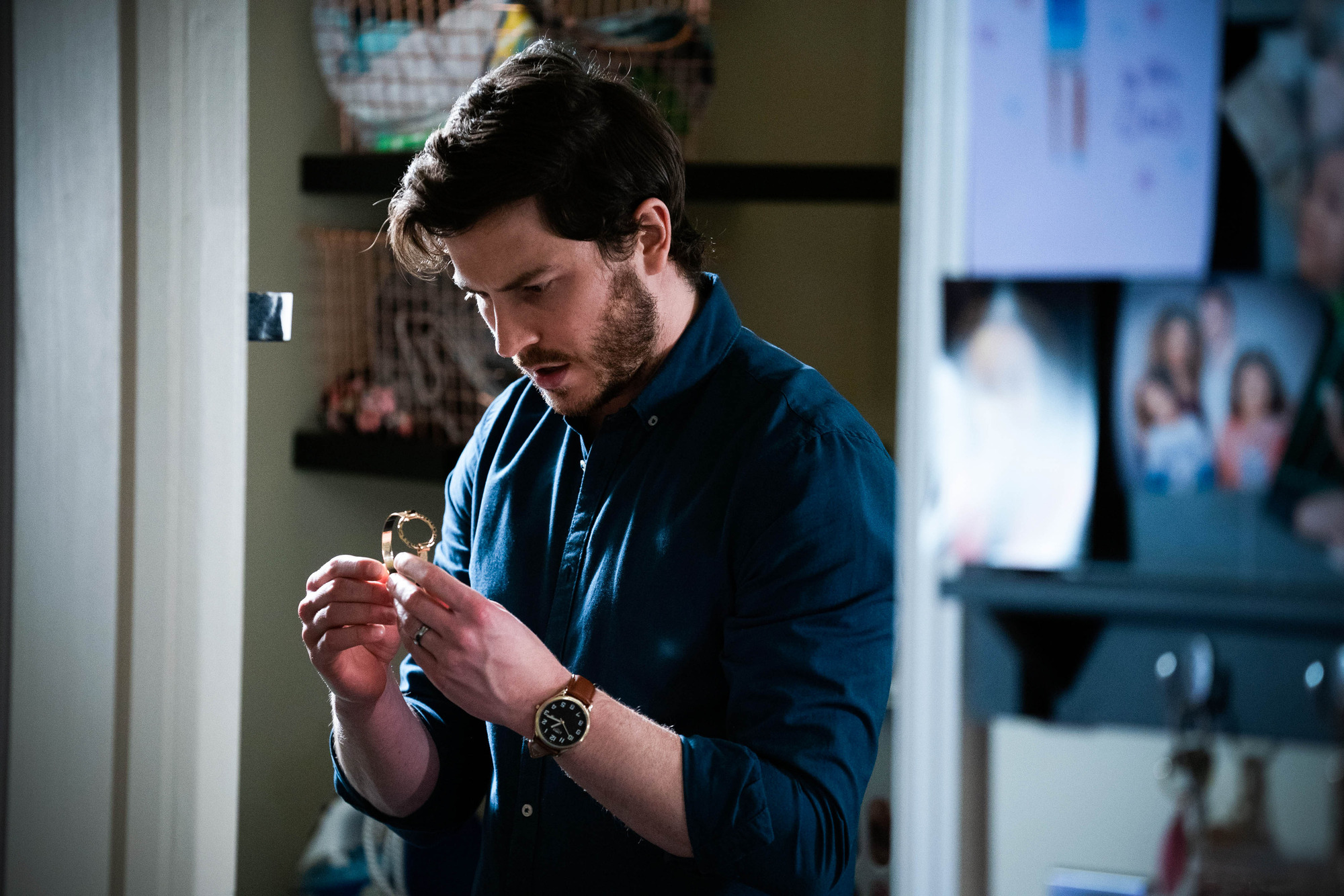 Arriving at the ball, Gray’s boss Laura told him: “You are quite the talk of the town with your belle of the ball.

“I just don't think any of us thought you'd move on quite so soon. Don't get me wrong Gray, we're all very happy for you but…”

She didn’t have a chance to finish as Gray cut her off, revealing he thinks he is in a relationship with Whitney.

“You've made your point Laura, yes I brought my murder client to a black tie,” he said. 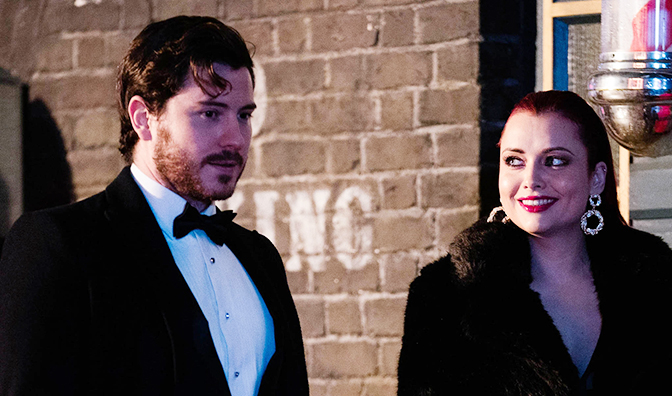 “Love doesn't follow a timetable. I'll never be able to replace Chantelle, right, but I'd be a fool to give up someone so loving to me and my kids because some people deemed it too soon.”

Meanwhile Whitney proposed to Kush Kazemi and the pair are set for an emotional wedding before he goes to prison.

But viewers couldn’t get the feeling of disgust out of their throats from Gray dressing Whitney up as Chantelle.

One wrote: "This is weird as hell but Whitney can’t see it"

A second said: "Gray is sick in the head"