EastEnders: Stuart questioned on whether he is Ian's attacker

In an earlier flashback, Stuart was seen burning bloody clothes which were later identified as Thompson’s.

He later admitted to Rainie he had accidentally killed Thompson during an altercation and placed him in a freezer at the funeral parlour.

In tonight’s instalment, Stuart and Rainie prepared to cover up the crime but were stopped when their hearse broke down.

Callum Highway (Tony Clay) suggested Ben Mitchell (Max Bowden) take a look but they were alarmed when he revealed his boss had been seen attending a disciplinary hearing. 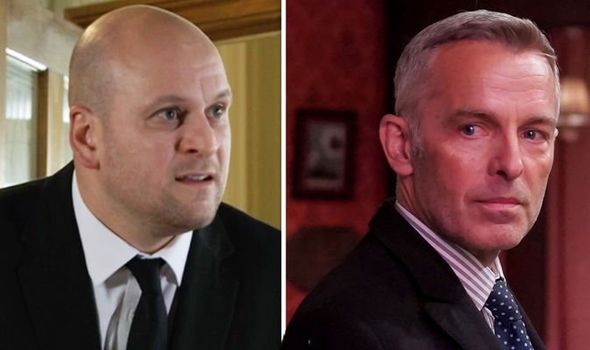 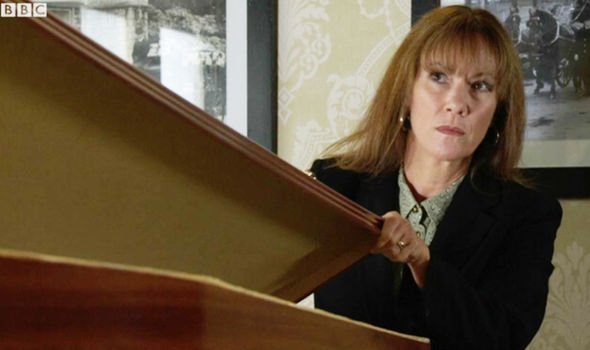 The couple rushed back to the funeral parlour and opened up the coffin to discover it empty.

Rainie said: “Surely Callum’s mate was mistaken. How is that even impossible?”

“Alright,” Stuart replied. “You open it.”

“No you open it,” Rainie hit back and her husband said: “Alright, we’ll open it together?” 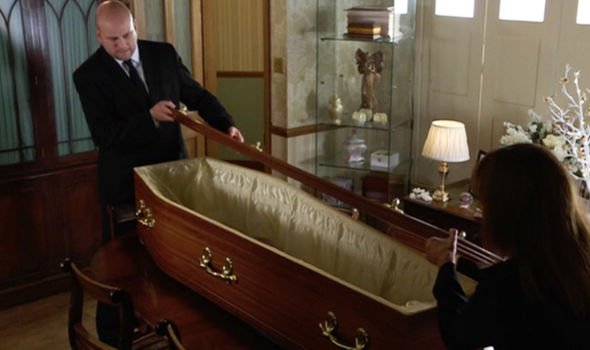 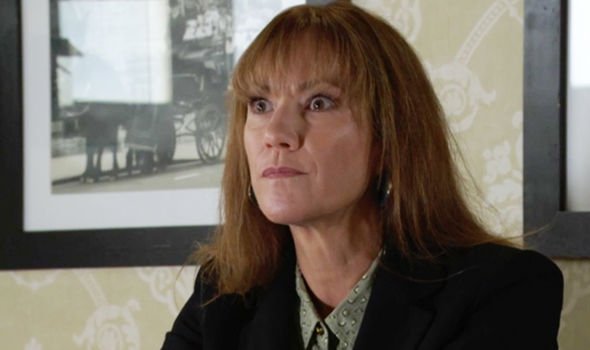 The couple were horrified to reveal the coffin Stuart had placed Thompson in was empty.

“When did you last check that he was actually in here?” Rainie asked. “You didn’t, did you?”

“I checked when I was putting him in here,” he replied and she hit back: “You are unbelievable.”

“The only reason I didn’t check is because I was so busy looking for you,” he reasoned.

“You run a funeral parlour, sweetheart. At what point did you think it was okay not to check if the deceased is, in fact, deceased?” she exclaimed.

“He hit his head really hard in my defence he was out cold,” Stuart explained.

“You kidnapped and practically killed a copper you don’t get a defence,” Rainie argued.

EastEnders viewers flocked to Twitter to point out a key blunder in Stuart’s story.

One said: “It’s important to remember that Stuart burned Thompson’s clothes so when Thompson escaped from being dead, he did so naked.#EastEnders.”

“So if Stuart burnt Thompson’s clothes, what the hell was he wearing when he escaped? Actually forget it. I don’t want to think about it #Eastenders #Ballum,” another asked.

While other fans questioned how Thompson’s recovery would be explained.

Someone tweeted: “#eastenders So how are the writers going to explain Thompson waking up, getting out of a freezer and making his way to god knows where having been clobbered almost to death?”

“Why would you not check that the body you’re burying is still dead? #EastEnders,” a second questioned.

Another remarked: “Wait! So was he just unconscious in the fridge? What? #eastenders.”

EastEnders continues on Friday on BBC One at 8.35pm.