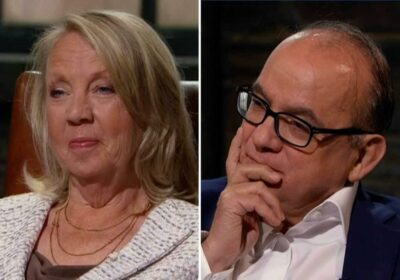 The two Dragons were putting questions to budding entrepreneur Sharon Keegan about her niche activewear brand. 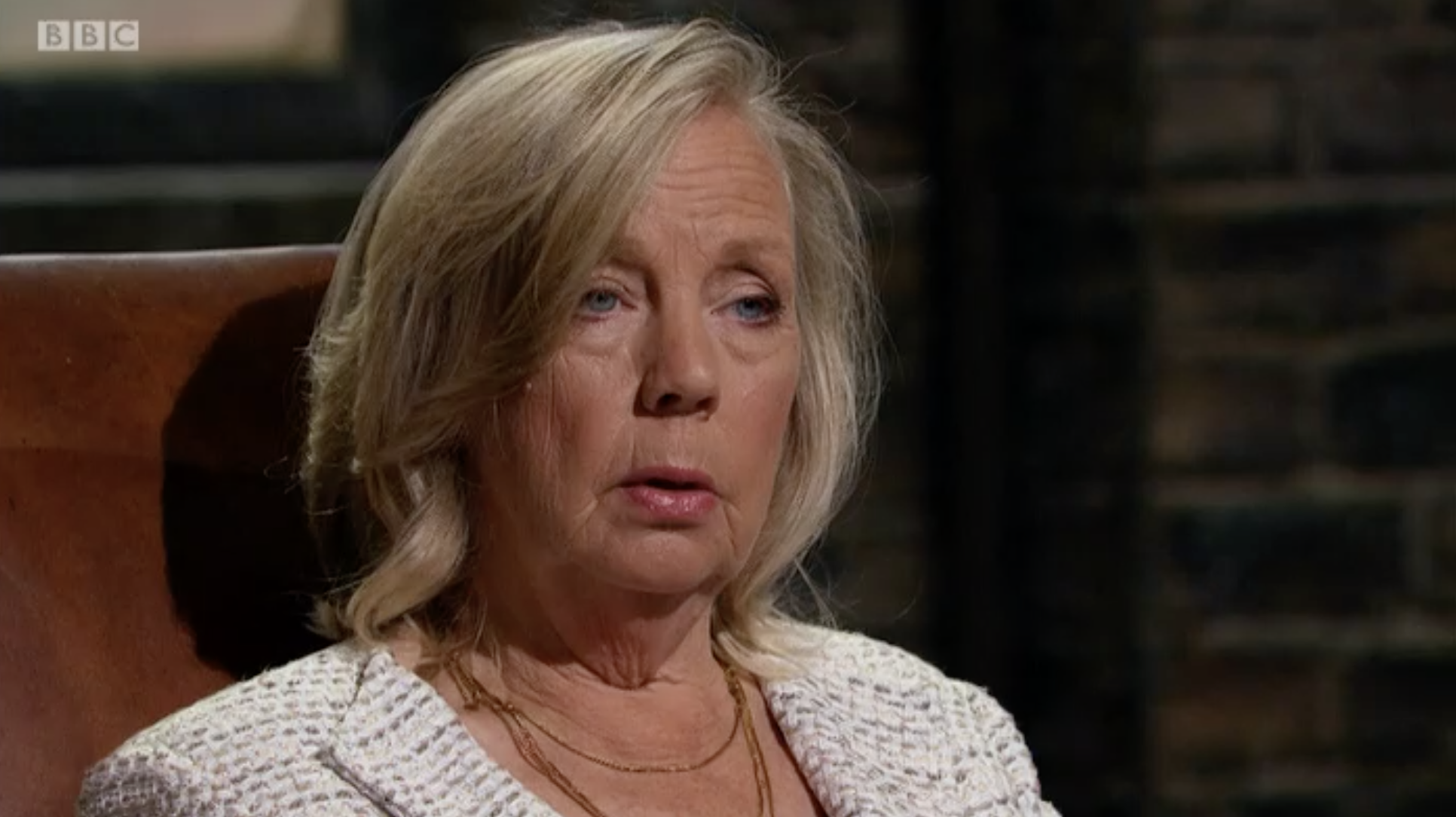 They listened as Sharon explained she launched her brand Peachy Keen to provide comfortable active wear for women aged between 27 and 45 years of age, especially women had given birth.

She faced a barrage of tough questioning and advice from the business experts.

The first tense moment came when Deborah struggled to find the right words for Sharon.

Then Touker stepped in to 'help' his co-star by finishing her sentence, saying "signature". 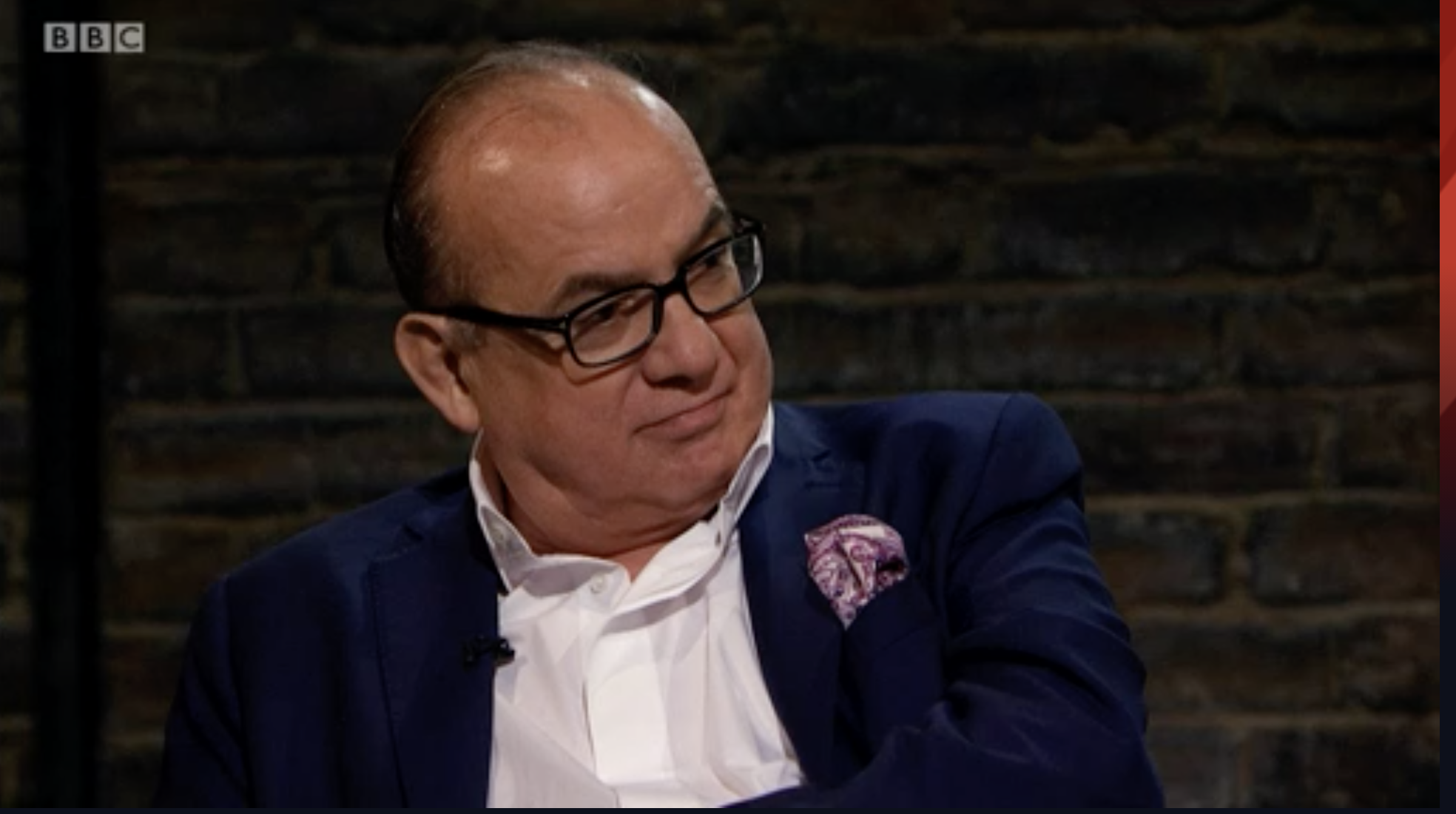 A clearly annoyed Deborah, turned to Touker and tersely told him, "thank you very much Touker", as fellow Dragon Peter Jones stared on in amusement.

"I genuinely laughed out loud at @DeborahMeaden's expression as she thanked @toukersuleyman for helping her out there," wrote one Twitter user.

The next incident happened when Touker snapped at Deborah for rushing him on his decision about whether to invest in Sharon's business.

"So what's it worth?" Deborah turned to ask Touker. 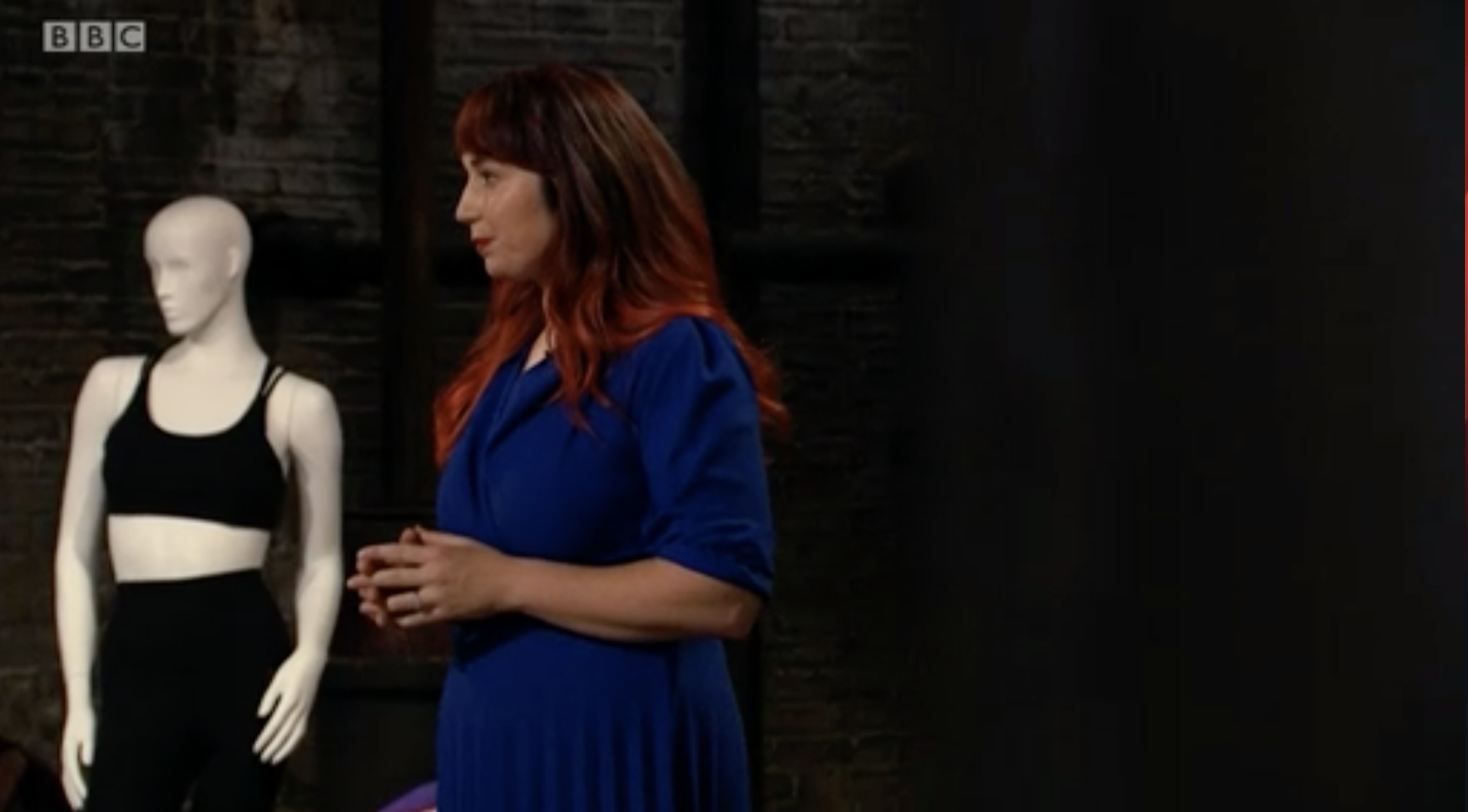 He snapped: "I'm thinking Deborah, are you going to think for me?"

Deborah replied: "No, just wondering what it's worth."

Dragons' Den fans couldn't happen help but notice the tension between the pair. 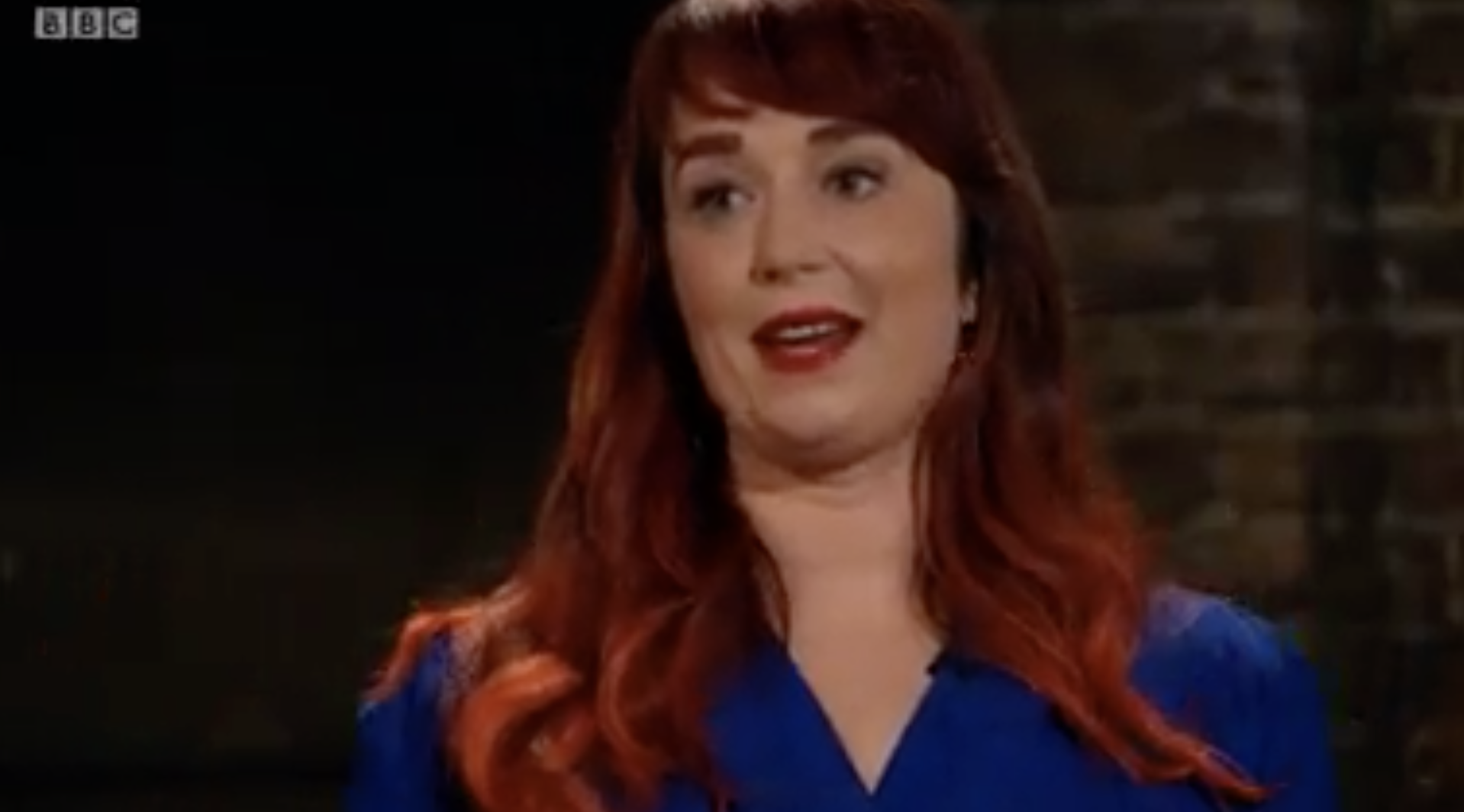 Another added: "What’s going on with Tuka and Deborah?"

And a third added: "The tense exchanges comes after Deborah walked out on."

Their heated moments came just a week after Deborah stormed off from Peter.

Last week's instalment of the BBC show saw brothers Scott and David Borthwick try to get an investment for their alcohol range which is targeted at the darts community. 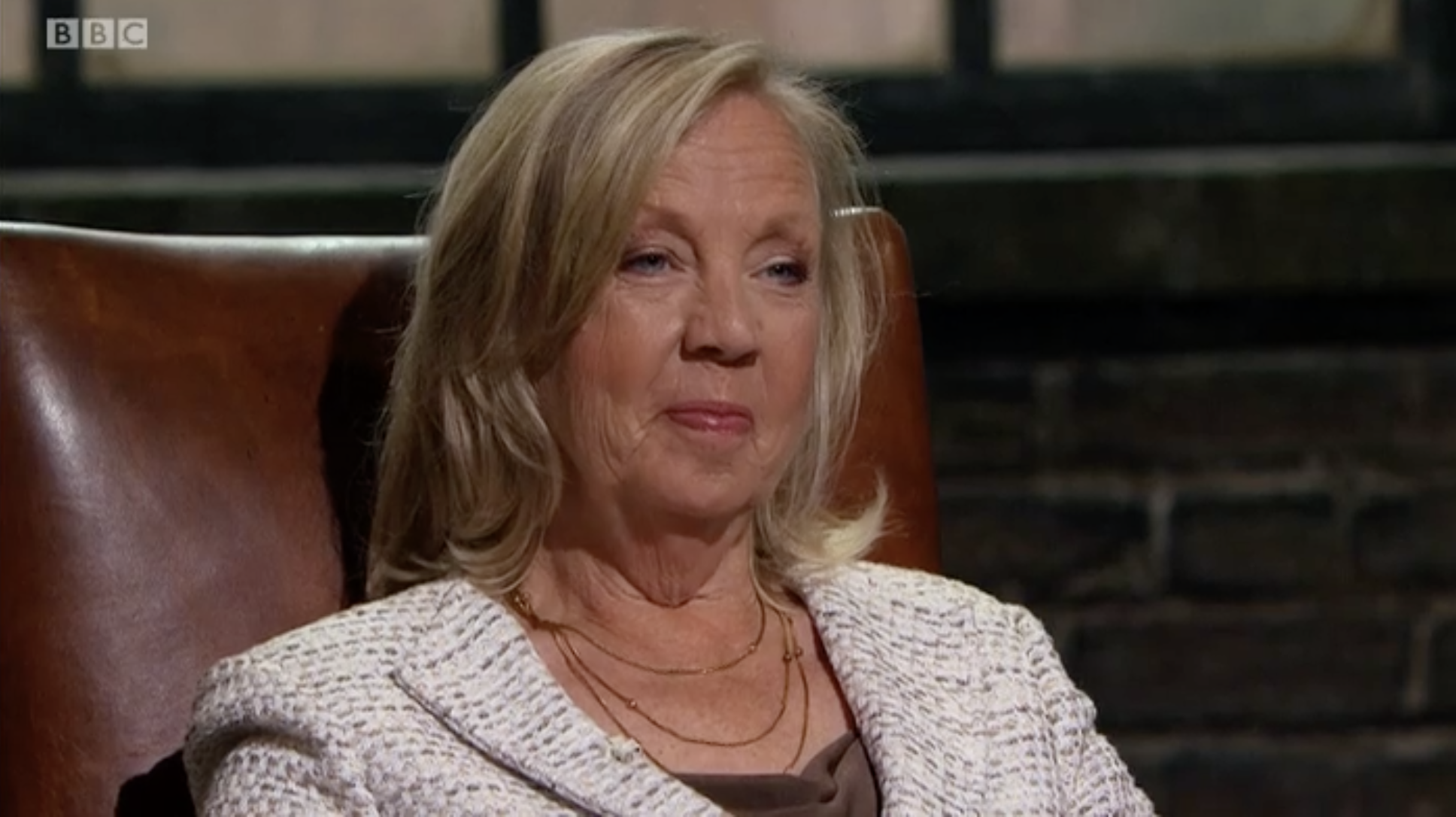 The pair tried to get Deborah, Peter Jones, Sara Davies, Touker Suleyman and Taj Lalvani on board by bringing in their very own darts board for the investors to have a go on.

The brothers failed to get any of them in invest in their business, but one thing that left a smile on Peter's face was the dart board.

He was determined to beat Sara and told the rest of the investors: "I'm not stopping until I beat 64."

Unfortunately he only managed to get seven points and one person who had enough with his messing around with Deborah.

As she walked off she said: "Come on guys, let's leave him to it…"

It comes after Dragons’ Den fans were left shocked as Peter Jones clashed with a "rambling" business hopeful in a "tense" showdown.