Douglas Henshall ‘won’t be able to watch’ Shetland after exit 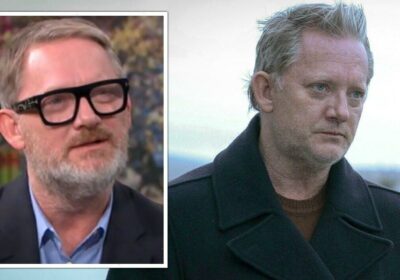 Shetland: Douglas Henshall on show's future after his exit

The Glaswegian actor who starred as Detective Inspector Jimmy Perez in the BBC drama Shetland for almost a decade announced he was stepping down from the role earlier this year. During a recent appearance on This Morning, the 56-year-old admitted he “doesn’t know” if he will be able to watch future episodes of the series he will not be part of.

Douglas was interviewed by Shetland super fans Alison Hammond and Dermot O’Leary on Friday’s instalment of This Morning.

The actor said he decided to quit the programme as his character’s “storylines had reached a natural conclusion and it felt time to tie it up”.

He said the creators of the show had decided to let Jimmy lead a “nice life” as it would have been “harsh” to kill him off after all he had been through.

Fans are now waiting to find out which actor will be replacing Douglas in season eight of the gritty detective drama.

Alison asked: “Do you feel protective over it now if you know it is going to carry on without you?”

Douglas replied: “Well, I don’t know, as I have tried not to think about it too much.

“I kind of think I love what we all did together and I am very happy with that and I mean it’s going to be a different show now.

“I wish them all the best and I hope it’s very successful but I don’t know if I’ll be able to watch it.”

“That’s what I would like to see, I don’t know if it will happen or not,” Douglas admitted. “But that would be my preference, yeah.”

However, when the presenters asked if Douglas could picture himself returning to the BBC drama, he replied: “No, no, I’m done.”

It is understood filming for the upcoming season will start in spring 2023, with episodes arriving that year.

Discussing Shetland continuing following his exit, Douglas told Laura Kuenssberg earlier this year: “I just hope they don’t make a mess of it.”

“To be honest, I thought we’d murdered enough people on a small island,” Douglas said of his reason to leave the show.

“I think 10 years is a very big chunk of time. I think we’d explored his personal story.

When asked if the show can exist without his character, Douglas said: “Yes, I mean I think there is – I’m very happy that it’s going on and I hope it does well.

“You know, it means that there’s a lot more work for Scottish actors.

“There’s, you know, more work for a crew, there’s more money coming into the islands.”

The last season of Shetland ended with Jimmy reuniting with his love interest nurse Meg Pattison (played by Lucianne McEvoy) as he admitted his deep feelings for her.

Shetland episodes are available to watch on BBC iPlayer and This Morning continues on weekdays from 10am on ITV.