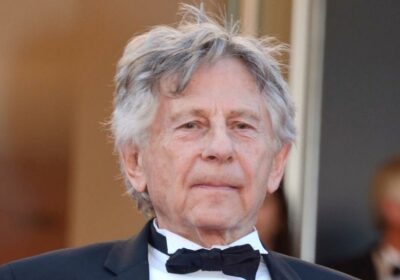 It wasn’t a surprise. Doug, as most called him, was by my reckoning almost 93 years old, and had been ill for a while. His son Bart confirmed the death. The cause, ultimately, appears to have been heart failure. But, in truth, time simply caught up with him.

Still, I felt a jolt when documentarian Marina Zenovich, who made the much-viewed Roman Polanski: Wanted And Desired, called to say that Doug was gone. If you’d dealt with Doug, even a little, you knew that an amazing, old-school uprightness died with him. He had it, and never lost it. Very few, inside or outside the legal profession, shared his stubborn devotion to the correct path. By way of a testimonial, Zenovich actually gave her son the middle name of “Dalton.” That’s kind of amazing, but not really—Doug Dalton affected people that way.

I first encountered Dalton about 15 years ago, when he just considering a renewed effort to have what he viewed as legal abuses in the Polanski case examined by the courts, even though Polanski remained a fugitive, and was technically barred from a hearing.

It wasn’t something he seemed particularly eager to do, at least not as he described the situation over breakfast at, if memory serves, the Wilshire Country Club, near his Hancock Park home. Dalton (in just one aspect of a considerable legal career) had represented Polanski since he was first charged with rape and a number of other crimes in 1977. In the thirty years that followed, Dalton—by then in his late seventies—had been through the wringer: Grand jury, plea-bargain, judicial sleight-of-hand, fugitive client, media storm, failed resolution attempts, you name it.

Dalton, as I understood it, didn’t really expect to prevail. And he rarely, if ever, carried on about personal suffering on Polanski’s part—after all, the filmmaker had pleaded guilty to sexual abuse of a 13-year-old and fled the country in the face of sentencing.

But Dalton had a near-obsession with the integrity of the legal system. He believed in it, and he strongly felt that the system, when it failed, must be brought to account. He wanted the Los Angeles courts to right their own wrongs, not so much for Polanski’s sake, but for the rest of us. If back-door deals, made and freely broken, became the stuff of justice, then nobody was safe.

Assisted (and eventually replaced) by his lawyer son Bart, Dalton tackled the case yet again. He joined forces with other lawyers, swore to his recollection of events long passed, marched through a somewhat successful but not definitive appeal, and cracked open new evidence of contemporary judicial maneuvering in the case.

He didn’t resolve it. Polanski is still a fugitive. The Superior Court, as of this writing, has yet to act on an appeals court suggestion that claimed official misconduct in the case be addressed.

And Doug Dalton is gone. But he leaves behind a legacy of respect for the law and an expectation that the system, sooner or later, must fix itself.

In my dealings with him, each and everyone, he was upright.

‘Dragon Ball Super: Super Hero’ Rolls To $20M+ Bow, How Crunchyroll Does It