Home » TV & Movies » Don Knotts' 1st Big TV Role Was on This Soap Opera: 'The Only Serious Role I Ever Played Professionally'

Don Knotts' 1st Big TV Role Was on This Soap Opera: 'The Only Serious Role I Ever Played Professionally' 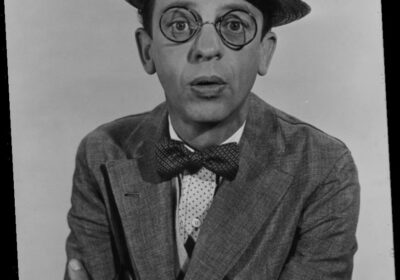 While Don Knotts is known best in his role as the rubbery-faced, irritable Barney Fife on The Andy Griffith Show, that’s not where the iconic actor got his start.

The comedian and actor took his first official bow on a major soap opera.

Daniel de Visé, author of 2015’s Andy and Don: The Making of a Friendship and a Classic American TV Show revealed that the two men met while working together on Broadway in a 1955 production of No Time for Sergeants.

In 1960, Knotts saw his old friend once again, on television this time, on the Danny Thomas sitcom The Danny Thomas Show. It was on that series that The Andy Griffith Show pilot was aired and where the country was introduced to Andy, Mayberry, and eventually Don Knotts.

De Visé wrote, “As Don beheld Andy on [television], ‘the wheels in my brain began to whirl,’ Don recalled. The part of Sheriff Andy Taylor seemed perfect for Andy. A show like that would be honey to the sponsors, with all its homespun charm. And Don wondered if there might be a place for him in Mayberry.

“A part on Andy’s new show just might rekindle Don’s career—and revive his old friendship with Andy. Don had always hoped he and Andy might work together again someday. Then, he placed a call to New York [and] told Andy how much he’d enjoyed the pilot. Then he asked, ‘Listen, don’t you think Sheriff Andy Taylor ought to have a deputy?’”

Knotts will forever be linked to The Andy Griffith Show, of course, and to his later comic role as man-about-town Mr. Furley on Three’s Company.

After he left the Griffith Show in 1965, he also dabbled in a movie career, making the fun-for-all-ages films The Incredible Mr. Limpet, which strikingly presented live action with animation, as well as The Ghost and Mr. Chicken.

But Knotts’ first role on television wasn’t comic or wacky or outlandish. It was on the soap opera Search for Tomorrow from 1953-54. While he didn’t say much on the soap, he was certainly seen.

How he got cast on his ‘only’ serious role 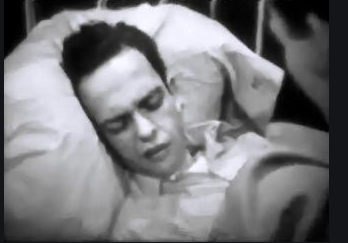 A producer of the live-broadcast soap approached Knotts at that time as the actor explained to the Archive of American Television in 1999.

“One day he sold a soap opera to CBS called Search for Tomorrow,” Knotts said. “And one day he said to me, ‘I think there’s a part on this soap I’d like you to do.’

“It was interesting that when they first started doing TV soaps, they were 15 minutes, because that’s what they were on radio. My character’s name was Peterson, Wilbur Peterson. He was the only serious role I ever played professionally. Haven’t played one since,” he added.

He revealed that the soap role of Wilbur was a “neurotic guy who wouldn’t talk.” Wilbur, Knotts said, would only speak to one person, his sister.

The comedian also touched on the unpredictability of live television.

“Live TV was tough,” he said. “It was hard because in the theater you’re well-rehearsed, you’re prepared. But for live TV, you’re never quite prepared, you didn’t get enough time.”