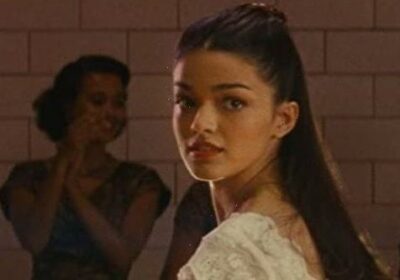 Disney has found the actress to play the fairest maiden in all the land in the live-action adaptation of Snow White. Rachel Zegler, who is set to make her feature debut in Steven Spielberg’s West Side Story remake, has been cast as Snow White in Disney’s live-action remake of the seminal animated film.

Deadline broke the news that Zegler has been cast as the lead in Snow White, Disney’s live-action adaptation of its 1937 animated film — the company’s first-ever animated feature, and the first full-length animated movie. Marc Webb will direct the live-action remake with Marc Platt producing.

Zegler reportedly beat out several other actresses vying for the role, including “a recent Oscar winner with singing talents” as well as rising talent Olivia Rodrigo, who stars in the Disney+ series High School Musical The Musical: The Series and has become a recent pop sensation with the release of her debut album Sour, per Deadline reporter Justin Kroll. After months of meetings between Webb and studio executives, Zegler’s auditions reportedly “impressed everyone,” and the early footage of her in West Side Story sealed the deal.

But Zegler is an old hand at winning auditions – the then-unknown high school student beat out more than 30,000 actresses for the role of Maria in West Side Story. The Spielberg-directed movie musical hasn’t even come out yet, but Zegler has become its fastest-rising star, scoring this starring role and a role in the upcoming superhero sequel Shazam! Fury of the Gods.

“Rachel’s extraordinary vocal abilities are just the beginning of her gifts. Her strength, intelligence and optimism will become an integral part of rediscovering the joy in this classic Disney fairytale,” Webb said.

A New Snow White for a New Age

Of Colombian-Polish descent, Zegler is notably the latest POC actress to be cast as a traditionally white Disney Princess, following the steps of Halle Bailey, who was cast as Ariel in Disney’s live-action The Little Mermaid movie. Even outside of the Disney animated classic, depictions of Snow White in both animated and live-action adaptations of the Brothers Grimm fairy tale have skewed heavily Caucasian, taking quite literally the classic description of the character as having “Skin white as snow, lips red as blood, and hair black as ebony. One of the exceptions is Kristin Kreuk, of Chinese descent, who played the princess in a 2001 TV movie no one saw.

Snow White is one of the most-adapted fairy tales to the screen, with more than two dozen film and TV versions of the story. Most recently, there was the Kristen Stewart-led Snow White and the Huntsman, which attempted to put a gritty action twist on the fairy tale, even throwing out Snow White altogether in the sequel led by Chris Hemsworth.

So, how will Disney’s new movie make an old fairy tale fresh again? By expanding “upon the story and music” from the classic with the help of La La Land and Dear Evan Hansen hitmakers Benj Pasek and Justin Paul, who will write new songs for the movie, per Deadline. So be prepared for a newly empowered Snow White to sing about how she won’t be rendered speechless, or something.

Production on Snow White is expected to start in 2022.