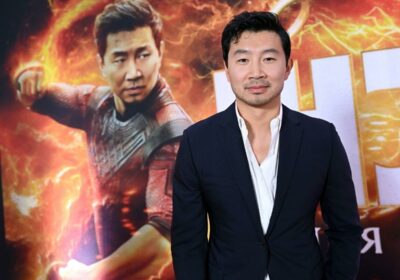 IMAX is coming to the small screen. On Nov. 8, The Walt Disney Company announced the new IMAX Expanded Aspect Ratio on Disney+. Starting Nov. 12, subscribers can watch 13 Marvel movies with IMAX Enhanced on Disney+. This is IMAX’s first foray into streaming services. And more new features are still to come. But this will undoubtedly provide audiences with an exciting opportunity to enjoy IMAX technology at home. And the Marvel movies you can soon stream in IMAX Enhanced are exciting choices.

Here’s how it works: the IMAX Enhanced Aspect Ratio is 1:90:1. When a scene is in IMAX, the screen will look like it’s expanding vertically. According to Disney, IMAX Enhanced will offer “up to 26% more picture for select sequences — meaning more of the action is visible on screen, just as the filmmakers intended.”

The expanded ratio will be automatically applied to 13 Marvel movies. Subscribers don’t have to do anything to turn on the feature, as it will be the default setting. But the regular aspect ratio will still be available to view on these select films.

For now, the new feature will only affect visuals. But down the line, enhanced audio from DTS will also be incorporated.

Marvel movies in IMAX on Disney+

The MCU as we know it has been churning out movies since 2008. Because of advances in technology over the last 10 years, many of the Marvel movies were only partially filmed with IMAX cameras. The Russo Brothers’ Avengers: Infinity War was the first movie in history to be filmed entirely with IMAX cameras. Avengers: Endgame was then shot entirely on IMAX cameras as well.

The other two Russo Brothers Marvel movies are Captain America: The Winter Soldier and Captain America: Civil War, both partially shot in IMAX. But just because this technology is now widely available, it doesn’t mean every Marvel movie is shot exclusively in IMAX. Black Widow, for example, features just 22 minutes of IMAX footage. The first Marvel movie released in IMAX theaters was Iron Man 2. But it wasn’t filmed with IMAX cameras. The footage was digitally expanded to fit an IMAX screen.

Since then, the technology has rapidly improved, making for unforgettable cinematic experiences. With IMAX enhanced, viewers can now remember what it was like to see history-making movies like Black Panther and Avengers: Endgame the way they did at the theaters. Sure, it won’t feel exactly like seeing a movie in IMAX (which, by the way, is the only way you should see Dune). But it will be a fun reminder of why going to the movies is so great.

Imax CEO Rich Gelfond told Deadline why he’s excited for IMAX to be available in your living room.

“To me, it enhances the notion that streaming and the IMAX theatrical experience are complementary,” he said. “It’s not either/or. A lot of fans want to experience both.”

Working with the partner companies to bring IMAX into homes is “giving the fans what they want: the most immersive viewing experience throughout the life of a Marvel Studios film, from exclusive theatrical release to the library at home.”