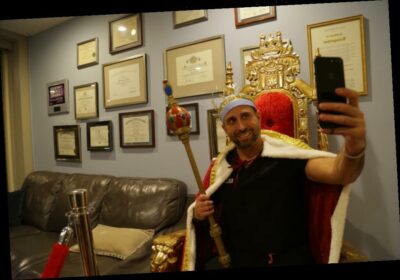 EXCLUSIVE: A documentary about a controversial plastic surgeon known for live streaming procedures on social media is headed to Discovery+.

The fledgling streamer has acquired They Call Me Dr. Miami, directed by Jean-Simon Chartier (Playing Hard) from Cargo Film & Releasing and will launch it on February 11.

Originally produced for Canadian public broadcaster CBC, the film tells the story of Dr. Miami a.k.a. Dr. Michael Salzhauer. It explores how Salzhauer became one of the most controversial and famous plastic surgeons in the U.S. while also being a devoted husband, a father of five, and a conservative Orthodox Jew.

From being the first doctor to livestream graphic tummy tucks and breast augmentations on Snapchat to becoming a figure namechecked in hip hop songs, it also looks at the issue of body modification and selfie culture, where butt lifts lifts have increased over 250 percent since 2015.

The acquisition comes after Discovery+, which is the streaming home to series such as TLC’s Dr. Pimple Popper and 90 Day Fiancé, launched earlier this month.

“We’re excited that They Call Me Dr. Miami has found an excellent home at Discovery+ with their dedication to streaming premium documentary films and nonfiction,” said Daniel Cantagallo, Vice President of Cargo Film & Releasing.