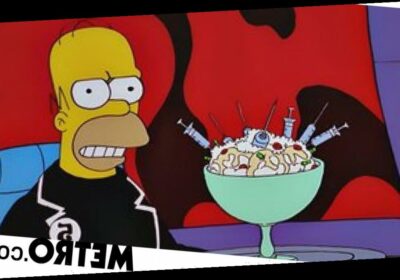 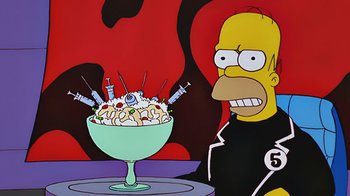 The Simpsons fans are at it again, with a tweet suggesting the long-running animation predicted an apparent Russian coronavirus vaccine ice-cream incentive – but is this one just a long bow to draw?

We’ve seen many a ‘prediction’ from the Fox series tickle us over the years, from Donald Trump becoming president to what Kamala Harris wore for her own inauguration as vice-president, and while this one may indeed be a stretch it’s got many a punter laughing.

Recently it was claimed Russia was enticing people to have the Sputnik V Covid-19 vaccine, which is currently being rolled out, with free ice cream. As Bloomberg reported, a vaccination centre in a Russian shopping mall was handing out the sweet treat in an attempt to encourage locals to get inoculated.

This wasn’t missed by one Simpsons fan on social media, who drew a comparison to season 12 episode The Computer Wore Menace Shoes, which saw Homer Simpson becomes famous through his own gossip blog (who didn’t love Mr X?) which led him to inadvertently uncover a conspiracy where flu vaccinations were administering a mind-control serum on the population.

Kidnapped and taken to ‘The Island’ where he could be controlled, in one scene Homer was given a bowl of ice cream filled with syringes which he tucked into without a second thought, drugging himself in the process.

Figuring this show appeared to know all, it set one punter off on a prediction goose chase.