Home » TV & Movies » Did Bran Stark Know He’d Be King All Along?

Did Bran Stark Know He’d Be King All Along? WARNING: This story contains spoilers for the Game of Thrones series finale.

After seasons of schemes, battles, and betrayals for the coveted Iron Throne, it turns out none of our top contenders ended up “winning the game of thrones.” The hit HBO show delivered the ultimate plot twist in the series finale, not only destroying the famous seat in King’s Landing (thanks, Drogon) but also naming Bran Stark as the new protector of the realm.

As expected, shocked viewers weren’t happy with the decision. Some even poked fun at how Bran, as the all-knowing Three-Eyed Raven, probably knew he’d end up being crowned all along.

But did Bran actually foresee himself becoming king? When Tyrion Lannister asks him if he’ll take the role, Bran answers, “Why do you think I came all this way?” implying that he probably knew what was coming. 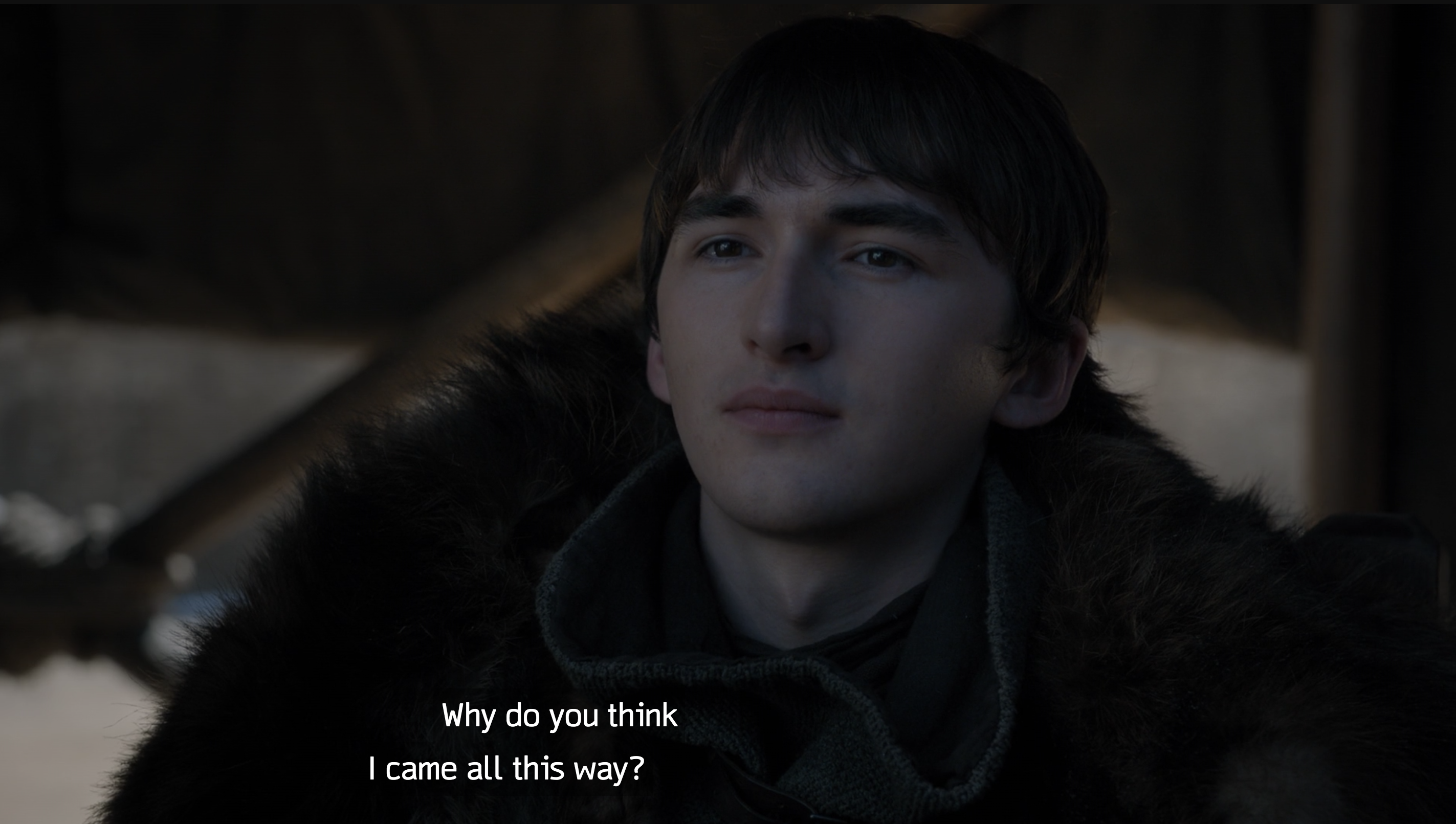 As a greenseer and the Three-Eyed Raven, it’s understood that Bran has the supernatural abilities of warging into people and animals, seeing the past, seeing any moment in the present around the world, and seeing glimpses of the future through visions. However, it’s unclear how much of the future he can actually see, or whether he can willingly jump ahead to later moments like he can with past events.

Actor Isaac Hempstead-Wright, who plays Bran in the show, admitted that the scope of his character’s premonitions are limited. “I don’t think Bran knows exactly what will happen in the future,” the actor said at San Diego Comic Con 2019 months after the finale. “His vision of the future is slightly cloudier.”

He also told the New York Times in an interview about Season 8, “As I understand it, Bran can’t exactly see the future. I think he can have inklings.” For example, when he gave Arya the Valyrian steel catspaw dagger last season, he knew she’d use it for something important, but not that she’d specifically kill the Night King with it, the actor explained.

Even if Bran could see the future, it’s in his nature to remain calm and quiet about his findings. “The very purpose of the Three-Eyed Raven is to be the one who is wise, and still, and careful enough to handle this information and not just go blabbering it about, because that would affect the outcome,” Hempstead-Wright added. “He’s very cautious with what he reveals to people, because he’s aware that time has to unfold naturally.”

If Bran did have a vision of himself becoming king, is that why he didn’t say anything about it? So that he wouldn’t affect the outcome?

Hempstead-Wright added that not even he knows the full scope of Bran’s abilities. “This is all conjecture on my part,” he noted in the NYT interview. “I’ve never actually gone through a very detailed analysis of what exactly Bran’s powers are with [the showrunners David Benioff and Dan Weiss].” 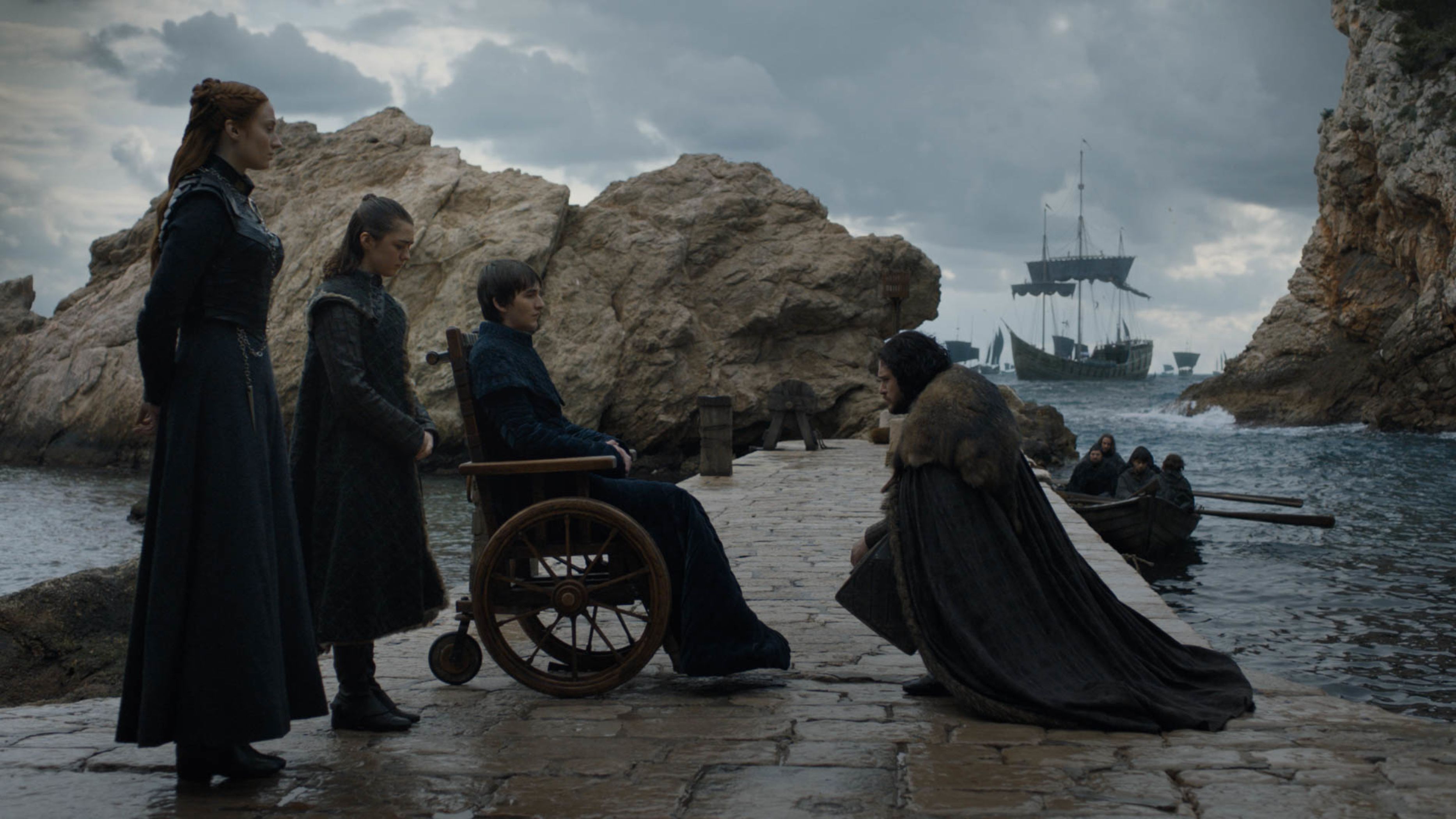 However, we have seen moments through the seasons where Bran has seen things that have not happened yet. In Season 4, Episode 2, he has a supercut of visions—which includes both past and future scenes—when he touches a weirwood tree, long before his transition into the Three-Eyed Raven. He sees the ash-filled throne room (which we find out is the result of Daenerys’s fiery assault on King’s Landing four seasons later) and a shadow of a dragon flying over King’s Landing (also possibly an allusion to Dany’s conquest).

In the Season 7 finale, when Bran explains to Samwell Tarly that he became the Three-Eyed Raven, he says, “I can see things that happened in the past. I can see things happening now, all over the world.” But he doesn’t expound on seeing the future; he simply moves on and asks Sam why he came to Winterfell.

Hempstead-Wright definitely did not see Bran’s coronation coming. “I genuinely thought it was a joke script and that [showrunners David Benioff and Dan Weiss] sent to everyone a script with their own character ends up on the Iron Throne,” he told Entertainment Weekly of the final episode. “‘Yeah, good one guys. Oh s—, it’s actually real?'” He wasn’t alone there.