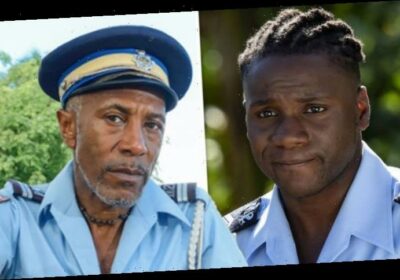 Death in Paradise: Tobi Bakare speaks after departure from show

JP Hooper (played by Tobi Bakare) devastated Death in Paradise fans in the season 10 finale when he announced he would be leaving the Saint Marie police force. His departure leaves a huge hole in the team and could see the return of fan-favourite officer Dwayne Myers (Danny John-Jules) who left the island to go on a round-the-world trip with his long-lost father.

Dwayne was last seen in Saint Marie at the end of season seven when he reunited with his father.

JP and Dwayne worked together as partners for four years and fans have called on Danny to return ever since he quit the BBC show.

The sergeant’s replacement will need to be somebody with lots of experience to help guide new recruit Marlon Pryce (Tahj Miles).

Dwayne taught JP everything he knew and he could be the perfect person to keep Marlon on track. 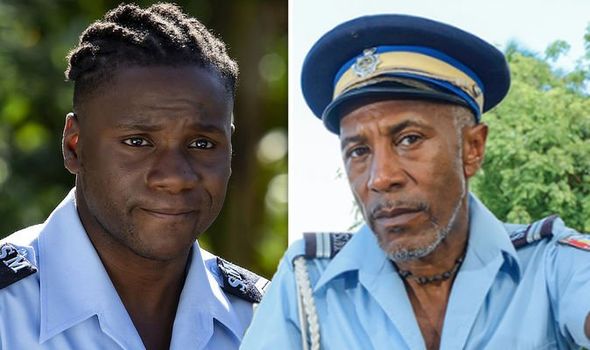 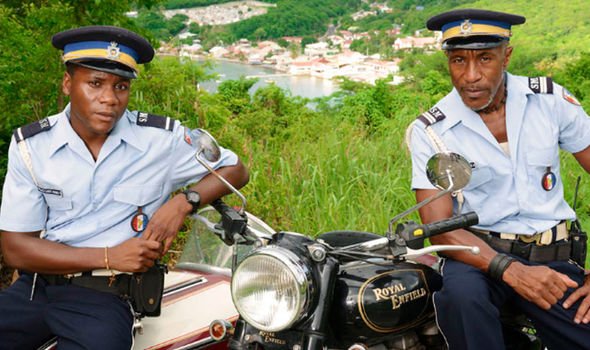 Following the sergeant’s exit, Death in Paradise fans took to Twitter to urge Dwayne to resume his role in the Saint Marie police force.

One tweeted: “If JP is leaving can we have Dwayne back please?? #DeathInParadise.”

Someone else added: “Wait what? Damn!! The produces are going to need to pull off something special here to fill the void left by JP. We need a return of Dwayne. Oh and maybe a new Sgt transferred from England to fill JP role. Is Claudia Jessie available?”

“JP has been one of the best characters, Hope he comes back one day. Dwayne returning would be amazing 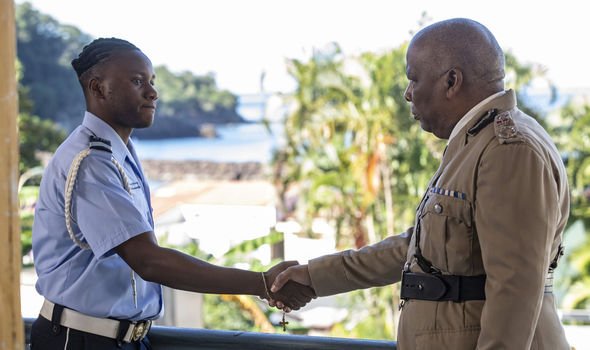 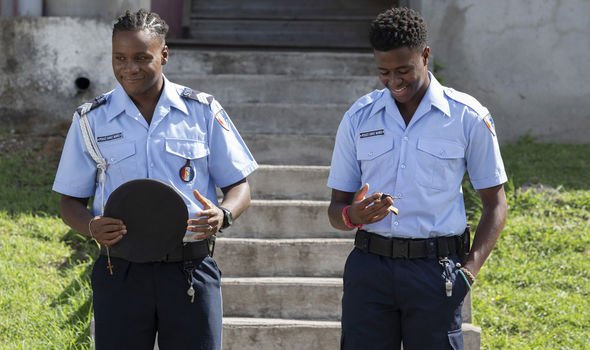 “With JP going – can we have Dwayne back next year please? #DeathInParadise,” a fourth shared.

Another said: “I will ONLY accept Ruby or Dwayne replacing JP #DeathInParadise.”

“Fantastic episode tonight #DeathInParadise but if JP leaves will it mean a return for Dwayne? @DannyJohnJules,” someone else asked.

At the end of season 10’s penultimate episode, Commissioner Selwyn Patterson (Dom Warrington) told JP he had been offered the role of Head of the Police Training Programme.

The new job would see JP leaving the island as well as his beloved role in the Saint Marie team and the sergeant initially turned down the role.

However, after thinking things through he decided the move was the best decision for his family.

Taking to Twitter, Tobi confirmed he had left the BBC drama after seven years.

“Hi everybody,” he began. “So yeah, it’s time that JP left the building. I want to thank you all for being such a great support to myself and to the character.

“He’s been a pleasure to play and to entertain all of your guys with. I hope that he’s etched in you guys’ memories as he will be etched in mine.

“Think of how he started the show, so wide-eyed and insecure but now he’s a mentor!

“Yeah, it’s been amazing. But yes, ultimately thank you guys and I want to thank all the team, the cast, the crew, the executive producers, Tim, Tony, Belinda, Alex, you guys have been absolutely phenomenal to me and I hope to work with you guys in the future.”

“God bless you guys and yes till we meet again!” Tobi added.

Death in Paradise seasons 1-10 are available to watch on BBC iPlayer.