Death in Paradise returned to screens earlier this month to give a further look at the misadventures of DI Neville Parker (played by Ralf Little) as he attempts to settle into island life on Saint Marie. However, with DS Florence Cassell (Josephine Jobert) having made an unexpected comeback and with further familiar faces soon to follow, actress Elizabeth, who plays the island’s mayor Catherine Bordley, has teased the idea fans will be “surprised” by what’s to come as the seasons continues to unfold.

Fans were delighted to hear three characters from the past would return in season 10.

To mark the show’s huge milestone, it was confirmed DS Cassell, DS Bordley (Sara Martins) and a more surprising face would be back to grace Saint Marie with their presence.

DI Richard Poole (Ben Miller) will also be back on the beautiful beaches of the island very soon.

This announcement came with slight confusion to fans, who know the detective met his maker back in season three. 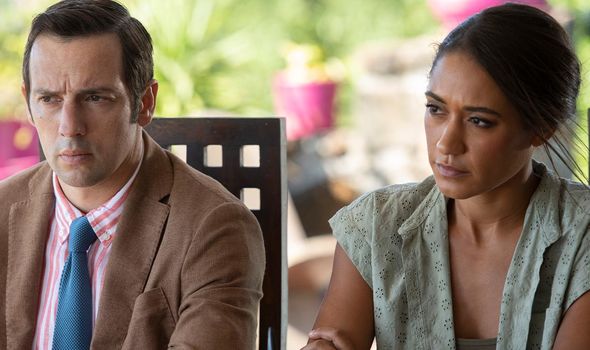 However, despite the season being packed full of old and new faces, it seems there could be even more to come.

Speaking recently to Express.co.uk and other press, Elizabeth hinted there may be even more original cast members back.

She said of what fans could expect from season 10: “I think they will love to be surprised by so many things in this season.

“And especially to find all the family from the beginning, from series one, with Sara [Martins] and everybody.” 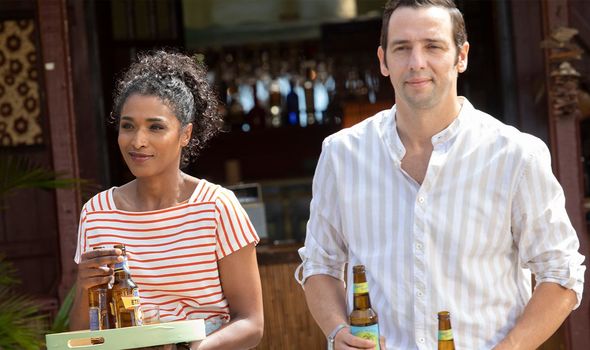 But could this mean there are more surprise arrivals on their way to Saint Marie?

Elsewhere, the cast has kept the lid on whether there may be love in the air for any of fans’ favourite characters.

Asked whether there would be any romance on the cards for any of her cast, actor Don Warrington failed to give anything away.

“That is very hard to say,” commented the Selwyn Patterson star. “We’re all sworn to secrecy.

“We are under sentence we cannot divulge, it is the nature of these things that we have to keep the audience guessing.

With Florence and Neville having formed a solid bond, could there be more than friendship developing in episodes to come?

It is possible, as Florence star Josephine hinted her character may end up staying on for longer than just this season.

Asked whether viewers would see more of her in seasons to come, Josephine previously said: “Ah, that’s a good question. Can I answer this? I don’t know.

“Yeah, first of all, when they called me to ask me back on the show, I wasn’t expecting it at all.”

She admitted she took time with her decision: “It took me a few days, maybe a few weeks to think about it and give them my decision.

“They asked me only for series 10, they were like, ‘No rush, no pressure, one series at a time.’”

But seemingly confirming she could stay put, Josie added: “I don’t die in series 10. So maybe, for the next one, I don’t know yet. It’s too soon to say but probably!”

Death in Paradise airs Thursdays at 9pm on BBC One.