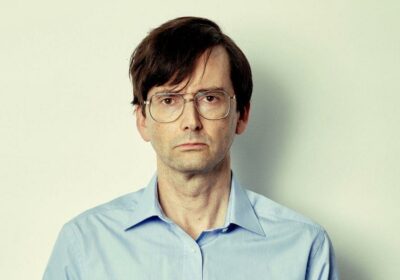 He was at the annual ceremony which celebrates and recognises the nation’s top performances in both drama and TV in the past 12 months.

Those nominated for the award at this year's bash were David Tennant as Dennis Nilsen in Des, Vicky McClure as DI Kate Flemming in Line of Duty and Olly Alexander as Richie Tozer in It’s A Sin.

However, Vicky’s nomination was not the only nod to the Line of Duty cast.

David Tennant’s performance as Dennis Nilsen in Des saw the Doctor Who star transformed into the serial killer for the ITV drama.

Meanwhile, another explosive series of BBC cop drama Line of Duty managed to bag three of its main stars a nomination each.

Channel 4 drama It’s A Sin gained rave reviews not only for its writing and portrayal of the AIDS crisis in the 80s, but also for its main cast and pop star Olly Alexander.

The National Television Awards 2021 were held at London’s O2 Arena in front of a live audience.

Fans of all things soap and drama got a chance to see who had managed to bag the top prizes for this year’s ceremony.

Thanks to restrictions easing in England, celebs and audience members could attend and watch the proceedings unfold – or watch from home on ITV.

This year’s NTAs were hosted by comedian and TV star Joel Dommett for the first time.

He had taken over from last year’s host and comedian David Walliams.