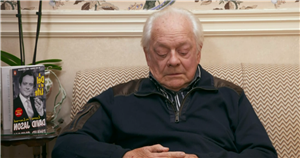 David Jason has revealed he is suffering a "bit of shock" following John Challis' death.

The Only Fools and Horses star passed away over the weekend at the age of 79, following a long bout of cancer.

He was best known for playing Boycie in the iconic British sitcom and speaking on This Morning on Monday, Del Boy actor David Jason revealed that he and his fellow co-stars were "suffering a bit of shock" due to John's passing.

Offered sympathies by This Morning presenters Phillip Schofield and Holll Willoughby, David said: "It wasn't a complete surprise because poor old John hadn't been well for the last month or two but it seems he went downhill, so fast, very rapidly that one minute, we thought he was on the road to recovery and sadly, it just took him quite swiftly.

He added: "One of the things I always measure an actor by is the difference between how they are in real life and the parts that they play.

"So it comes as a bit of surprise sometimes to people that John Challis was such a kind and such a ordinary, loveable sort of chap and totally different to the character Boycie that he played.

"A lot of people tend to think that that was John but that just showed the skill he had as an actor to portray Boycie the way that he did because it was totally against his natural nature."

John's death was confirmed by his family on Sunday.

They released a statement confirming that John had passed "peacefully in his sleep, after a long battle with cancer".