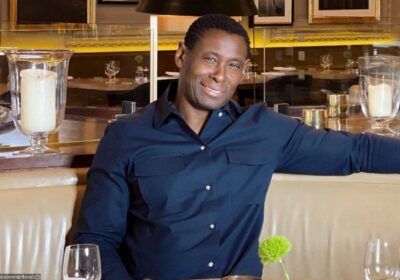 Having had the experience of directing ‘Supergirl’ and TV documentaries, the ‘Homeland’ actor is delighted to be taking the helm of the project titled ‘For Whom the Bell Tolls’.

Set in the 1990s, “For Whom the Bell Tolls“, which will mark the “Homeland” actor’s debut as a movie director, will follow the two men as they compete for the title of World Boxing Organization middleweight champion, and will also document the racism they faced as black athletes.

“I’m delighted to be at the helm of this fantastic project,” Harewood said in a statement released to Variety.

Harewood has previously directed four episodes of “Supergirl” as well as TV documentaries, including “Will Britain Ever Have a Black Prime Minister” for BBC One.

His memoir, “Maybe I Don’t Belong Here” – about his own struggles as a black man growing up in Britain, his showbusiness career and his recovery from the psychotic breakdown he suffered, aged 23 – was published earlier this year (2021).

“It’s an exceptional script and I was drawn to it immediately as it covers many of the themes I have explored in my documentaries and so fundamentally in my book – that of Black British male identities and the unique struggle to find a sense of balance and belonging,” he explained.

“As a result, it feels like the perfect time for me to direct this, my first feature film. As a boxing fan and someone who watched both titanic [title] fights [between the two] live, uncovering the personal and private stories behind those epic battles has been revelatory and I cannot wait to bring their stories to the screen.”

“Benn vs. Eubank is one of the most epic rivalries in sporting history,” Fulwell 73 producer Leo Pearlman added. “But as well as great athletes, Nigel Benn and Chris Eubank are two of the most compelling and unique characters in British sport, both with incredible personal stories to tell.”

Production is set to begin in 2022. Casting details have not yet been announced.