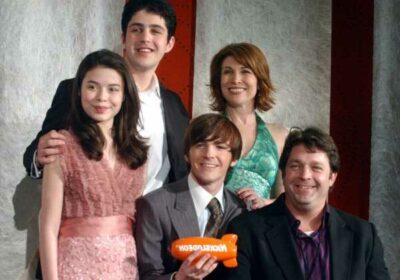 Drake & Josh was an American sitcom that aired in the early and mid-2000s. During its heyday, it was one of the most popular TV shows on Nickelodeon, and the sitcom spawned an entire media franchise that included three full-length TV films.

After four seasons and nearly 60 episodes, Nickelodeon canceled Drake & Josh. Or so fans thought, until one of the show’s creator and executive producer broke the silence and revealed exactly why Drake & Josh ended so suddenly.

In the show, Parker and Peck find themselves suddenly thrown together when Parker’s mother marries Nichols’ father. The stepbrothers could not be any more dissimilar, with Parker being the popular kid in school while Nichols being the awkward intellectual.

Much of their incompatibilities are played up for laughs, and the two quickly become friends. “Drake & Josh followed Bell and Peck as stepbrothers with clashing personalities as they tried to navigate their new life together, with many comedic misadventures along the way,” explains Entertainment Weekly. “The show aired on Nickelodeon…and proved popular among viewers, making stars out of its leads and Miranda Cosgrove, who played the pair’s mischievous younger sister, Megan.”

The show was an immediate ratings success. According to Variety, its first episode was watched by more than 3 million people. And its upward trajectory only continued over the course of its four seasons.

“[It’s] Nick’s highest-rated series…in almost 10 years and ranks at the top of live-action series with kids 2-11,” explained another Variety report at the time.

Over the years, Drake & Josh picked up multiple Kids’ Choice Awards, spawned three movies and multiple hit songs, and even launched a series of video games and books.

Thus, fans were understandably surprised when the show was canceled, with its final episode airing in September 2007. In that final episode, which was also the season four finale, the two stepbrothers win a dance competition at the end of their senior year of high school.

Despite fans believing for years that Nickelodeon had canceled the popular sitcom, Dan Schneider — the show’s creator and executive producer — revealed on his personal Blogspot blog that there was more truth in the season four finale than might meet the eye. Not only were the fictional characters moving on from high school, but so were the main actors.

“Drake & Josh was never canceled [by Nickelodeon],” he explains. “The term ‘canceled’ usually applies to a network ending a TV show due to poor ratings.  That never happened with Drake & Josh.  In fact, Drake & Josh got its highest ratings during its final season.  And the last episode ‘Really Big Shrimp’ was the most-watched episode of the entire series’ run. “

Instead, he decided to end the show because Bell and Peck were ready to try something new. “[They’d] been with Nickelodeon for nearly 8 years,” adds Schneider. “Drake & Josh ended because of a mutual decision by the stars, the network, and me.  We were all very sad to say goodbye to the show, but we had a lot of fun two years later making ‘Merry Christmas, Drake & Josh.’”

Today, Bell has been focused on his music career after brief stints in various action-comedy thrillers like 2017’s Bad Kids of Crestview Academy. Meanwhile, Peck is now a popular YouTube comedian and was recently cast in the upcoming Disney+ show Turner & Hooch.