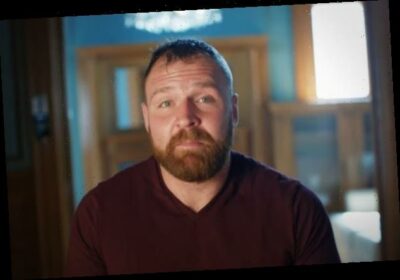 Vice TV has set the premiere dates for “Dark Side of the Ring” Season 3 and spinoff “Dark Side of Football.” Both also now have (violent) trailers.

OK, so the sneak peek for “Football” is more of a teaser. While it may appear from the brief video that Joe Paterno and Penn State are being profiled, a spokesperson for Vice told TheWrap this first season will focus completely on professional football.

The third season of “Dark Side of the Ring” will debut on Thursday, May 6 at 9 p.m. ET/PT.

Then actor David Arquette gets awfully bloodied, admitting, “I was in over my head.”

As for legendary wrestling manager Jim Cornette, he just wants to “do ‘The Happy Side of the Ring’ once in a while.”

“Dark Side of the Ring,” Vice’s most-watched show of all time, exposes the hidden, heartbreaking and untold stories of professional wrestling with intimate access to its subjects. The series chronicles the deeply personal and often controversial legacies surrounding the larger-than-life brawlers of the wrestling world, in a sport that draws tens of millions of fans around the globe to this day.

We’ll get more information about both Season 3’s participants and its subjects later this month, Vice TV said.

“Dark Side of Football,” the first expansion of the growing “Dark Side” franchise, will “explore the tension between America’s undying love of the game, and its ability to corrupt and damage those who live and die for it,” per Vice.

“Dark Side of the Ring” is a Vice Studios production in partnership with Bell Media’s Crave.