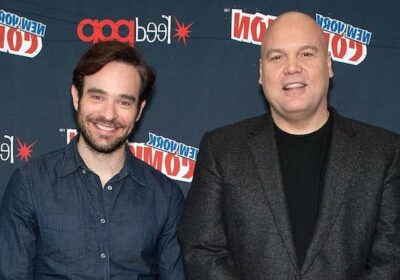 Daredevil and Kingpin seem poised for a rematch, on Disney+’s upcoming  spinoff of Hawkeye.

Our sister site THR reports that both Charlie Cox and Vincent D’Onofrio will have roles in Disney+’s Echo, which was ordered back in November and stars Hawkeye‘s Alaqua Cox as the titular Maya Lopez.

Then, across one week in mid-December 2021 — three years after Daredevil got cancelled — Cox reprised his role on the big screen in a Spider-Man: No Way Home scene (where Matt counseled Peter Parker), while D’Onofrio began a short arc on Disney+’s Hawkeye.

Marvel is not commenting on the rumored Echo castings, but THR hears that Matt Murdock will be in search of a former ally — namely, Jessica Jones, to hear the podcast The Weekly Planet  tell it. (Fellow Marvel TV alum Krysten Ritter has yet to reprise her own superhero role since Netflix’s Jessica Jones series ended after three seasons.)

Cox in the wake of No Way Home‘s release said that with Matt and Kingpin now back in the MCU mix, “I presume there’s more for us to do. I know a little bit — not a huge amount — but a little bit. I am imagining, I am hoping, that our worlds will collide again, because the stuff we’ve done in the past was tremendous fun to do, and [Vincent is] such an incredible actor.”