Danny Dyer distracts The One Show viewers with bizarre appearance: ‘Didn’t recognise him’ 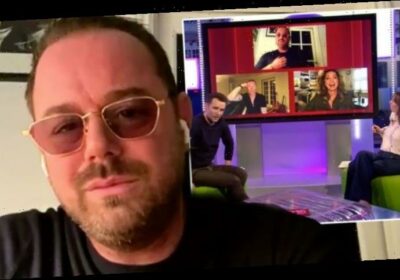 Danny Dyer joined the likes of Shania Twain and Ronan Keating as tonight’s The One Show guests. With Alex Jones and Harry Judd presenting on the BBC’s famous green sofas, the trio all joined the pair via video link, with Danny discussing EastEnders, life in lockdown and his daughter Dani’s stint on Love Island.

But it wasn’t exactly what Danny said on the show which had fans talking but rather a pair of glasses he had on.

Speaking from inside his own home, a number of BBC viewers were baffled as to why he appeared to have sunglasses, or at least tinted glass, on during the interview.

And several The One Show viewers took to social media to make their thoughts know, with one even claiming they “didn’t recognise” the soap star.

“Why has he got those pink sunglasses on #TheOneShow?” one fan queried. 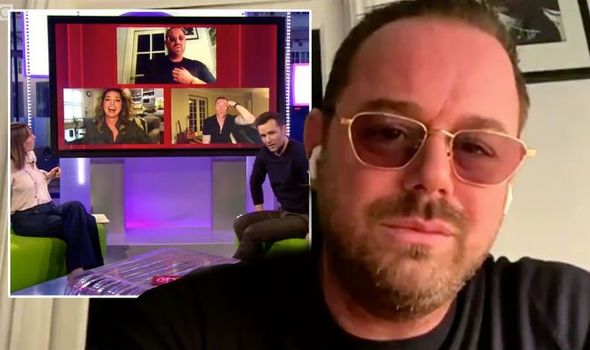 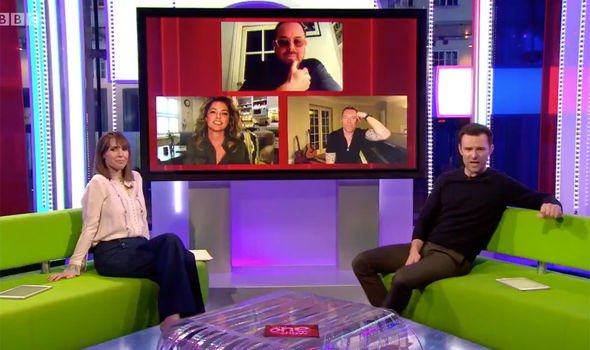 A second made a jokey swipe: “Why is @MrDDyer wearing his mother’s sunglasses?

“Should turn your computer screen brightness down if it’s as bright as that. #TheOneShow.”

While a fourth claimed: “#TheOneShow Genuinely didn’t even recognize Danny Dyer with the glasses, thought he was part of Ronan & Shania’s performance.” 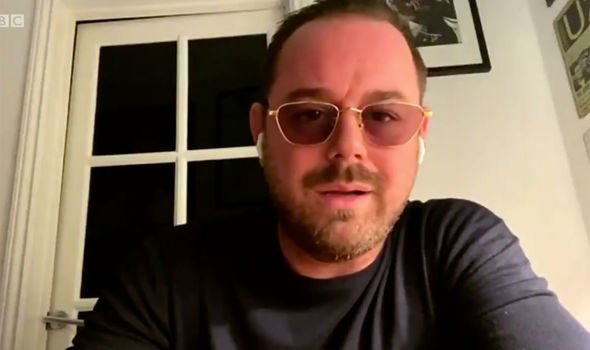