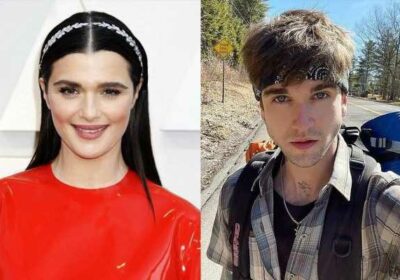 Gabriel-Kane Day-Lewis is set to share screen with Gina Carano in his feature film debut while the ‘Constantine’ actress is tapped for a new adaptation of Mark McShane’s novel.

Model and singer Gabriel-Kane Day-Lewis whose mother is actress Isabelle Adjani, hasn’t stepped on a film set since making his debut as a child 20 years ago in French-language drama “Adolphe“. He also appeared in actor pal Alex Wolff‘s short film “Boots“.

He will play the supporting role of The Kid in Carano’s first movie since she was dumped from “The Mandalorian” for her outspoken political views.

Filming on “Terror on the Prairie” is underway in Montana. Michael Polish is directing.

Meanwhile, Rachel Weisz is to star in “Seance on a Wet Afternoon“.

According to Deadline, Jack Thorne has penned the draft script for the film, which is based on Mark McShane‘s suspense novel of the same name.

In the book, a psychic kidnaps a child in a bid to help the police solve the crime of the youngster’s whereabouts, thereby proving her “powers.”

Thorne will executive produce the movie, as will Weisz’s producing partner Polly Stokes, while Robyn Slovo will produce alongside Emma Forbes and Michael Attenborough.

The flick is directed by Tomas Alfredson, with Harry Bradbeer serving as executive producer.

It’s not the first time McShane’s 1961 novel has been turned into a movie.

Michael’s father Richard Attenborough and Kim Stanley starred in the 1964 thriller, which was directed by Bryan Forbes.

The movie went down well with critics as Stanley was nominated for a Best Actress Academy Award for her lead role as Myra Savage. She also received a BAFTA nod for Best Foreign Actress.

Attenborough won a Best British Actor BAFTA for the movie and 1964 film “Guns at Batasi“.