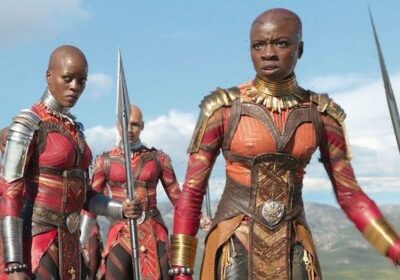 Danai Gurira reportedly has closed a deal to reprise her role as Black Panther‘s Okoye, general of the Dora Milaje and the head of Wakandan armed forces, in “an origin spinoff series for Disney+.”

The deal was first reported deep within a Hollywood Reporter profile of top Hollywood lawyers. TVLine has reached out to Disney+ for comment.

It is entirely possible that Gurira, formerly of TV’s The Walking Dead, will headline the cast of the Wakanda-based series that Black Panther Ryan Coogler is developing for Disney+. The streaming service thus far has given a home to Marvel series about Wanda Maximoff/Scarlet Witch and Vision, and the Falcon/Sam Wilson and the Winter Soldier/onetime Wakanda guest Bucky Barnes. Next up will be Loki, starring MCU vet Tom Hiddleston in the title role, with many, many more to come.

Black Panther‘s Florence Kasumba already has appeared within Disney+’s corner of the MCU, reprising her role as Dora Milaje member Ayako in several episodes of The Falcon and the Winter Soldier.

The news of Coogler’s series set in the futuristic Black kingdom broke when his production company Proximity Media signed an exclusive five-year deal with the Walt Disney Company, which owns Marvel, to produce TV projects for different divisions.