Dalgliesh cast: Who is in the cast? 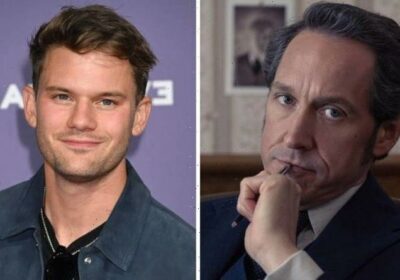 Dalgliesh is based on the internationally popular detective book series of the same name by author P.D. James. Channel 5 has adapted the classic story for the small screen but who will feature in the new six-episode mini-series? Here’s everything you need to know about the cast of Dalgliesh?

Who is in the cast of Dalgleish?

Actor Bertie Carvel will be portraying the titular role of Dalgliesh in the new series.

He is used to starring in dramas, having been in Jonathan Strange and Mr Norrell, Babylon, Doctor Foster and The Sister on ITV.

Carvel also had a small role as Bamatabois in the 2012 adaptation of Les Miserables.

He will play Detective Dagleish who specialises in unusual and mysterious murders in the 1970s.

Charles Masterson is Dalgliesh’s ambitious side-kick of sorts, as a detective eager to work his way up the ranks.

He is played by 31-year-old actor Jeremy Irvine who starred in Steven Spielberg’s 2011 film War Horse.

Since then, Irvine has been featured in The Railway Man, The Woman in Black: Angel of Death and Mamma Mia! Here We Go Again.

He has been cast as Alan Scott in the upcoming TV adaptation of Green Lantern for HBO Max.

Besides from this, Root has been in Miranda, All About Me and Unforgotten.

Her other claim to fame is being the voice of the little girl Sophie in the children’s classic The BFG in 1989.

In Dalgliesh, Root has taken on the role of Sister Brumfitt.

This isn’t the first time she is going to play a Sister either as she is known for starring as Sister Hilda in BBC One’s Call the Midwife.

Some of her other roles have been in Doctor Who as crime author Agatha Christie, Inside Number 9, Bright Young Things and Home Fires.

She was also in the Hollywood movie Judy as Margaret Hamilton.

Madeleine Goodale is a student nurse the famous detective will come across during the case.

She is played by actress Eliot Salt who played Joanna in the BBC series Normal People.

Salt was Terra in Fate: The Winx Saga as well and Evelyn in comedy show Intelligence.

Dalgliesh starts on Thursday, November 4, at 9pm on Channel 5.