Home » Cruella ending explained: How does Cruella tie in to 101 Dalmatians?

Cruella ending explained: How does Cruella tie in to 101 Dalmatians? 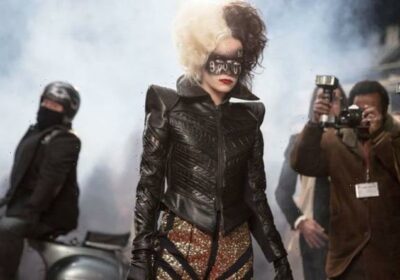 Cruella is the precursor to 101 Dalmatians, taking its leave from the original cartoon film rather than the 1996 movie, which saw Glenn Close as the evil villain. The ending seemed to suggest a second film could be on the way – so what did it mean?

WARNING: Spoilers for Cruella ahead

Cruella certainly does not seem to be what many would remember from the original films in this new version.

In fact, rather than being a spoilt heiress, at least at the beginning, Estella is an orphan who has a mistrust of dalmatians after seeing her adoptive mother being pushed off a cliff by them in an early scene.

This left her an orphan, travelling to London alone and trying to find her way, which is when she met Jasper and Horace (whose elder versions are played by Joel Fry and Paul Walter Hauser) and they started becoming grifters and pickpockets together. 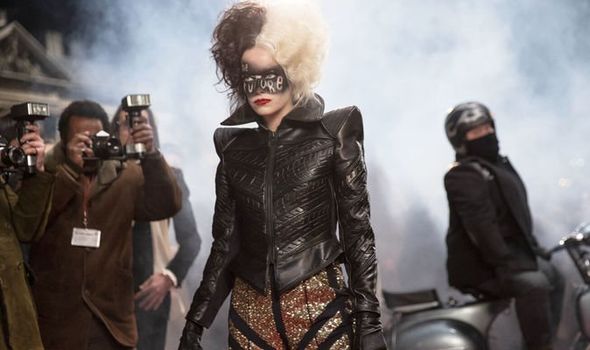 Ten years on, she accidentally catches the attention of the evil Baroness (Emma Thompson) and lands a job working with her in haute couture fashion.

However, Estella makes the discovery it was actually the evil Baroness (Emma Thompson) who ordered her mother’s death, and so she decides to take revenge.

By day, she acts as the Baroness’ latest protege, but by night she is Cruella, a rival fashionista who stages elaborate events to torture the Baroness.

Her crazy black and white hair and incredible costumes mean she gains a great deal of attention in the fashion world, pushing the Baroness out of the spotlight. 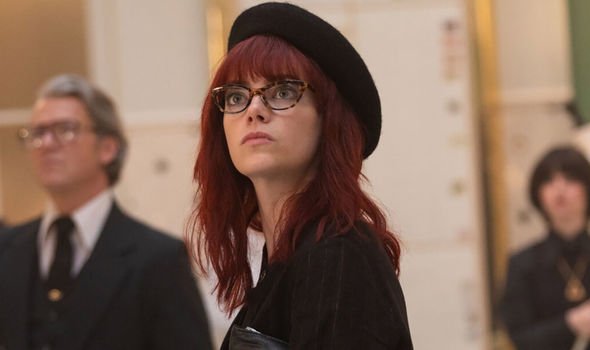 Eventually, the Baroness has had enough of her, and on realising who she is, she ties her up and leaves her to die in a fire, having also caught Jasper and Horace.

Estella is rescued by the Baroness’ butler John (Mark Strong) who also tells her where she can find some bombshell information: she is in fact the Baroness’ biological daughter.

The Baroness made the order to have Estella killed at birth, not wanting the child to spoil her career chances, but instead, John gave her to her maid, who adopted Estella and brought her up, only turning to the Baroness for money years later, which led to her death.

Now, Estella becomes Cruella for good, as she wants vengeance and to ruin the Baroness’ reputation. 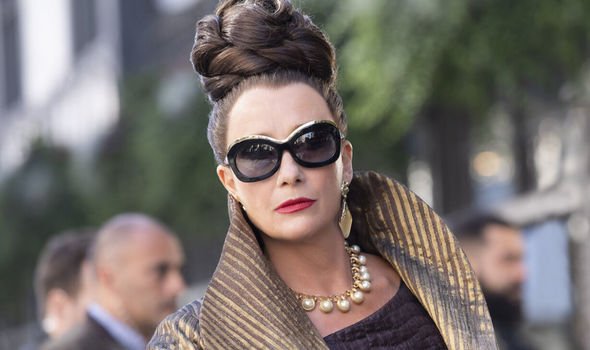 She attends a party of the Baroness and explains what she knows, expecting the Baroness to respond in the same way as she did with her mother: by pushing her off a cliff.

This absolutely happens, but the Baroness does not realise all her high society guests have been brought outside to see her heartlessness, and she is arrested.

Cruella survives, having built a parachute into her outfit, and secretly has the whole of the Baroness’ fortune sent to her, using her birth name to extract the funds.

Now, she lives in the incredible mansion with all the money and power she could desire, but she has one issue still in her mind: the dalmatians. 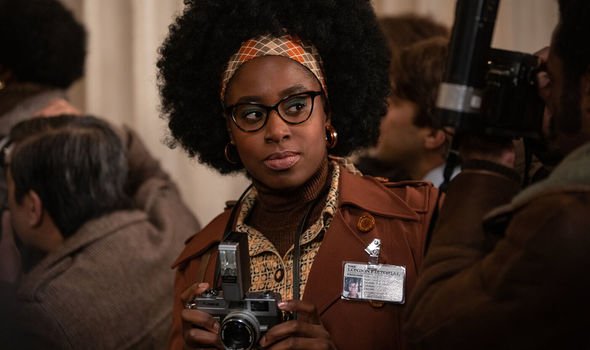 In the movie, Cruella has pet dogs herself and does not seem to be quite so fur-driven as her later incarnations.

However, the mid-credits scene sets up a potential sequel, or at the very least a new 101 Dalmatians live-action film.

Cruella helps the Baroness’s dalmatian give birth to two puppies.

She takes these two puppies and gives them away to two people in her life: her childhood friend Anita (Kirby Howell-Baptiste) and the Baroness’ former lawyer, Roger (Kayvan Novak) who was unceremoniously sacked.

As we know, these puppies meet later and help their owners fall in love, though there would have to be a change in the way this is done given these two puppies are siblings.

Nevertheless, there is certainly scope for more films, though one thing was not particularly well covered in the film: Cruella’s feelings about puppies.

She is not interested in fur in the way Cruella has been in the past, and she does not even seem to hate dogs but does have a complicated past with dalmatians.

As a result, it is tricky to see whether Cruella has become the truly evil woman we know from previous incarnations, but fans will have to wait to see if another film explores this further.

Cruella is in cinemas and on Disney Plus now