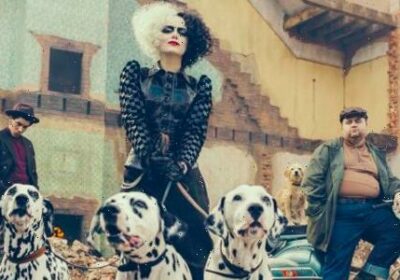 Cruella is a crime movie, and director Craig Gillespie seems to relish that. Sure, this is Disney’s latest live-action reboot, an attempt to bring an iconic character back into the spotlight with an expensive origin story. But it’s also a tale of revenge set against the backdrop of the London fashion scene in the ’70s, where One Hundred and One Dalmatians villain Cruella De Vil plots to destroy the woman who wrecked her life with the help of her criminal accomplices, all set to a killer soundtrack. While /Film’s main review is mixed, I enjoyed the film – it has style to spare, and it’s anchored by terrific performances that lend the perfect blend of menace and sincerity to an outlandish story.

Gillespie’s career has found him jumping between crowd-pleasers like Million Dollar Arm and edgy indies like I, Tonya. Cruella lets him bridge that gap: a lavish Disney film intended for wide audiences that also asks you to spend two hours with a monstrous character. It’s a fine line to walk, and when I sat down with the filmmaker over Zoom, he made it clear that challenge was part of the fun.