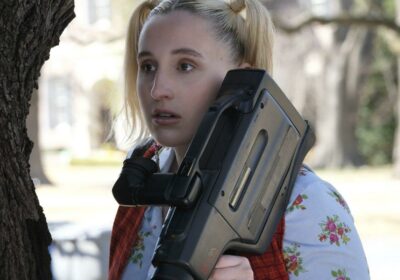 After the shocking ending of Cruel Summer Season 1, fans can’t wait to see the twists, turns and cast of season 2. In the Freeform teen thriller, popular girl Kate Wallis (Olivia Holt) goes missing in 1993. When she returns to her life in 1994, Jeanette Turner (Chiara Aurelia) seemingly took over her life. However, Mallory Higgins (Harley Quinn Smith) switches alliances throughout the years; first, she’s friends with Jeanette and later Kate. Mallory holds secrets of her own, and her real-life father, Kevin Smith, would love to return in Cruel Summer Season 2 as her on-screen dad.

Everything we know about ‘Cruel Summer’ Season 2

On June 15, 2021, Freeform renewed Cruel Summer for season 2. However, the showrunner Tia Napolitano had no plans for a second season. She feels that the show answered all of the questions in the season 1 finale, so the next installment will be a whole new story.

“We’re in early days,” Napolitano explained to Entertainment Weekly. “So other than we know we’re going to deliver a super-twisty mystery, we know we’re going to live with some interesting characters and their psychology and talk about some important stuff like we did with grooming in season 1. Other than that, it’s completely open-ended at this point.”

In an interview with People, the showrunner added that Cruel Summer Season 2 would continue in the same format fans grew to love.

“We’re just starting to talk about season 2,” Napolitano told People. “I know that nonlinear storytelling is such a big part of why this show is so fun, and so we’re going to keep that. I’m not sure in what way.”

In Cruel Summer Season 2, Mallory Higgins did not have a great family life. Viewers watched how upset she became when Jeanette flushed Mallory’s mom’s weed down the toilet. However, we didn’t hear much about her father. In a congratulatory tweet, Harley Quinn Smith’s off-screen dad told followers that he would love to play her father in Cruel Summer Season 2.

“Congrats to my kid, Harley, and the cast and crew of @cruelsummer on getting picked up for a Season 2 on @FreeformTV,” he exclaimed. “I noticed there was no actor cast as Mallory’s Father in Season 1. So if you need to cast her Dad in Season 2, I know a guy who bares an uncanny resemblance.”

Fans on Twitter loved the idea of Kevin and Harley working together on the next season. However, there’s a chance that Harley won’t return to the cast of Cruel Summer Season 2.

‘Cruel Summer’ Season 2 might feature a new cast of characters

In an interview with Deadline, Freeform President Tara Duncan admitted that Cruel Summer Season 2 might become an anthology series. It could feature the same type of storytelling with a brand new cast of characters. Or, the team could decide to bring Olivia, Kate, and Mallory back again for round two. Since the renewal happened recently, the writers and producers haven’t decided which direction to go yet.

However, that doesn’t stop Kevin Smith from hoping he joins his daughter in the cast of Cruel Summer Season 2.