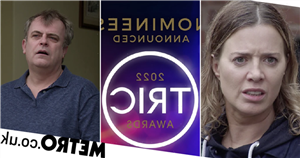 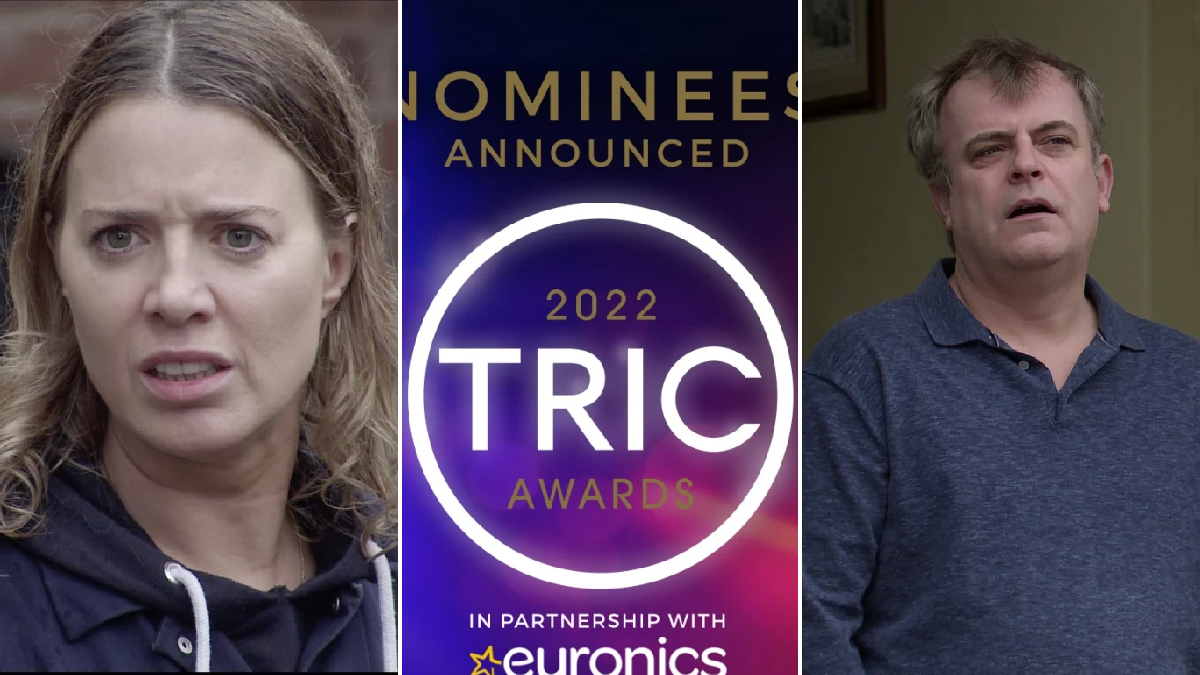 Nomination for the TRIC awards have been announced, with two Coronation Street stars battling it out for the award of best soap actor.

This year, The One Show’s Alex Jones will present the ceremony on July 6 at Grosvenor House, Park Lane, home of over 50 TRIC award ceremonies.

For the Soap of the Year category, Coronation Street, Emmerdale, EastEnders and the now-axed Holby City will fight for the gong.

When it comes to Soap Actor, nominations are:

In Emmerdale, Paige was recently at the centre of a murderous storyline playing the role of Meena Jutla, who killed Leanna Cavanagh, Ben Tucker and Andrea Tate.

Paige’s final scenes as Meena aired back in April, after the evil character was sentenced to a minimum of 75 years behind bars.

Over in Holby City – the BBC One medical drama that went off air in March – Rosie Marcel once again delivered a moving performance playing her character Jac Naylor, who died in the final ever episode after battling a brain tumour.

Simon’s co-star, Sally Carman, is currently in the middle of a huge plot playing Abi Webster.

Following Seb’s death, the drama for Abi hasn’t really stopped as she attempted to keep her and Imran’s (Charlie de Melo) one-night stand a secret from everyone.

Further nominations include Ant and Dec in the TV personality category and Around the World in 80 Days up for best New Drama.

A Place in the Sun (Channel 4)

All Creatures Great and Small (Channel 5)

Call the Midwife (BBC One)

Line of Duty (BBC One)

The Graham Norton Show (BBC One)

Paul O’Grady: For the Love of Dogs (ITV1)

The Repair Shop (BBC One)

The Great British Bake Off (Channel 4)

Michael McIntyre’s The Wheel (BBC One)

Around the World in 80 Days (BBC One)

PODCAST OF THE YEAR

I’m a Celebrity Get Me Out Of Here (ITV1)

SOAP OF THE YEAR

A League of their Own (Sky One)

Match of the Day (BBC One)