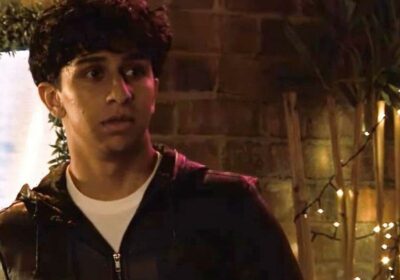 Coronation Street has been hit with 112 Ofcom complaints over scenes showing newcomer Daryan being attacked by a gang of racist thugs.

The sickening scene is part of a larger storyline which will see troubled teen Max Turner (Paddy Beaver) groomed by eco-warrior Griff Reynolds (Micheal Condron) into being part of his gang.

During Monday's (November 14), Daryan, from Iraq, was seen leaving Speed Daal as Griff and his racist pals waited outside.

He was cornered by them before they hurled horrific abuse at him and then punched him.

Poor Daryan managed to run off, however, viewers were clearly left disgusted by the upsetting scene.

In the scene, Griff said: "I see you speak English so read my lips."

"What?" asked Alya as she became taken aback by what was said to her.

Griff snarled: "Stop harassing young lads in the street alright? it's weird and take you're little migrant mate and stay away."

Viewers took to social media to vent their thoughts on the episode, with one writing: "I've had enough of this racist storyline #corrie! Absolutely VILE!" And @guyfoxy said: "Just outrageous this. I know you put warnings out but just not #corrie this trash."

Another added: "I am completely sickened."

Max has turned on his sweet new friend Daryan and his boss Alya Nazir at Speed Daal restaurant after being influenced by love interest Lauren,,who was introduced to him by Griff.

In another horrifying scenes Alya was confronted by racist Griff after she faced up to Max over his treatment of Daryan.

"I see you speak English so read my lips," snarled Griff.

"What?" asked a stunned Alya as she struggled to take in what she had just heard.

Griff continued with his vile tirade, saying: "Stop harassing young lads in the street alright? it's weird and take you're little migrant mate and stay away."

Later, Griff rounded up his cronies to gang up on Alya.

Then in upsetting scenes Daryan was chased and physically attacked by the masked group as he left the restaurant after working late. "You don't belong here," they told him.