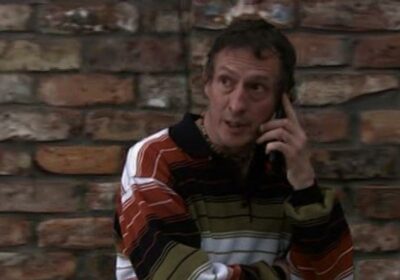 Fans of Coronation Street have been left stunned after they discovered Spider Nugent is a an undercover detective.

On Monday night's episode of the popular ITV soap, the formal environmental protestor left viewers shocked as he continued to hide his identity.

But as he pretended to show an interest in activism during a street protest, it soon became apparent that there was more than meets the eye after he was unveiled as a Detective Constable.

During the shocking scene, Spider was asked for information on his ex-partner and friend Toyah Habeeb from DS Swain.

One person wrote: "OMG Spider's a actual Detective, purposely being blackmailed by the Detective in charge of Toyah's case to get closer to her? Talk about the ultimate betrayal. First Imran, now Spider. Poor Toyah especially with what she's got coming, on trial for actual murder seriously."

Another shared: "Now that was a plot twist!! Did not expect Spider to be an undercover cop. Great end scene with Martin Hancock & @VixMyers."

A third penned: "Whattt spider is an undercover cop? .. Didn't see that one coming! .. Liking this storyline .. Well done #Corrie #ITV .. It's gonna end in tears.."

However some were not impressed with the epic plot twist, with one viewer writing: "So Spider in #Corrie is an undercover detective. In 2016 he was still in Peru as Emily moved to be with him. In 2019 Emily says Spider is fine. So, in 3 years, he has come back to Britain, got a job in the police and has become a detective. Total s***e. I'm finished Corrie."

As Toyah's upcoming trial finally airs this week, actress Georgia Taylor has revealed that things are not looking too good for the character who is currently being accused of murdering her husband Imran Habeeb.

Speaking to the Metro, Georgia said Toyah will be left with no one by her side.

The Corrie star shared: "She has very little support.

"Spider (Martin Hancock)’s done a runner, all eight legs of him, off he’s popped. She’s basically got Leanne, that’s it."