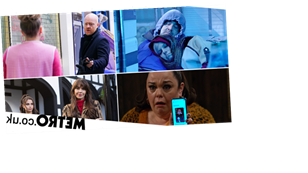 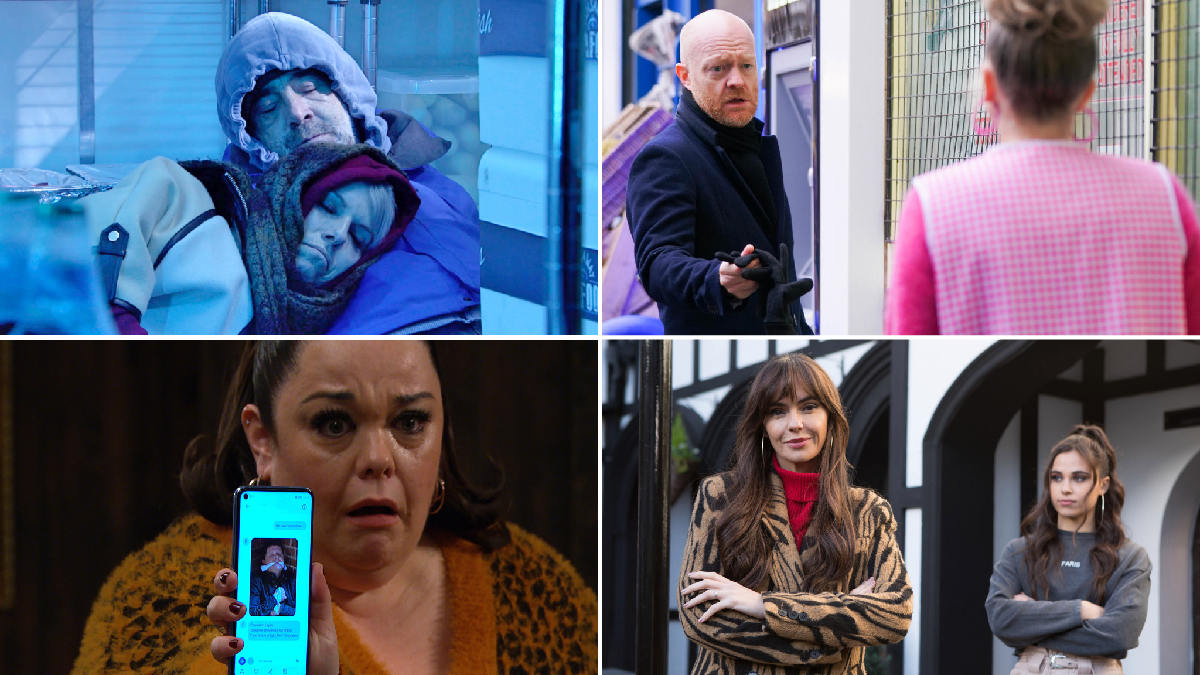 The end of the week is finally here, and that means we can officially look ahead at all of the drama that is set to unfold in the land of soap next week.

With Kevin and Debbie Webster (Michael Le Vell and Sue Devaney) set to be locked in a fridge in Coronation Street, their lives are in extreme danger, as they fight to get free.

Will they be found before perishing from the cold?

Sounds a like a week not to be missed, eh? It most certainly is, and if you’d like a little taster of what’s to come, then make sure to read our spoiler guide below.

1. Ray is questioned by the police regarding Kevin and Debbie’s disappearance, and he suggests they absconded with his money. Miles picks Ray up from the police station, handing him his passport and flight details. Ray is smug — believing he’s got away with his crimes — but will he successfully manage to evade justice?

2. Kevin and Debbie yell at the top of their longs, desperately hoping someone will hear them. They eventually slip into unconsciousness, but Abi and Faye soon discover that there is someone in there. Abi uses a crowbar to wedge the door open, and she’s left horrified when she finds both Kevin and Debbie slumped on the fridge floor.

3. Craig Tinker arrives at the scene, and a weakened Kevin informs him that it was Ray who locked them in the fridge, and therefore the young policeman radios through to tell his boss they’re dealing with attempted murder.

4. Johnny is diagnosed with the Charles Bonnet syndrome, but the psychiatrist assures him that his condition is physical, and therefore if his medication works, then the hallucinations will stop. Johnny later admits to Jenny that he doesn’t want the hallucinations to stop, as he takes comfort in seeing Aidan.

5. Leanne finds several feathers, and she is overwhelmed, as she tells Simon it’s Oliver’s way of letting her know that he’s okay. Simon is delighted it’s lifted Leanne’s spirits, but she’s left in shock when she finds a ripped pillow in a rubbish bag. She confronts Simon with the discovery, and — seething — she lashes out and slaps him.

6. Ed receives a call from brother Ronnie, and he’s left elated. In fact, he and Michael are both excited, as they learn that Ronnie is soon dropping by for a visit. Aggie isn’t pleased — and it shows in her expression. Grace clocks her expression, and wonders what’s the matter

7. Fiz breaks the news that Gary is insisting in them finding the £600 they’ve come him in stolen stock. However, as they continue rowing over the stolen furniture, Tyrone grips his chest n agony and slump to the floor.

8. Max desperately searches Jack’s house, and locates a USB stick in the process. He confronts Phil with the USB stick, and Phil is taken aback by the evidence against him contained on said USB stick, as his adversary reiterates just how long he could get behind bars. Therefore, Max tells Phil just exactly what is it that he wants.

9. Max promises Linda he’ll have surprise for her that may help both she and maybe Mick. Linda realises that he knows the truth about Mick’s abuse, and Mick soon punches Max, telling him that he’ll kill him if he ever goes near Linda again.

10. Linda speaks to Max, as she yet again reiterates that she simply doesn’t love him, before ordering him to refrain from ever speaking to her again. What’s more, she tells him to leave Walford! Max tells Linda he loves her, but she’s not interested and thus leaves. Jack agrees with Linda, informing Max that he needs to go.

11. Having come to realise that no-one wants him in Walford, Max ultimately heads to the tube station, and — as he walks away from all the memories he made in Albert Square — he makes a huge decision.

12. Martin shows no sympathy for incarcerated father-to-be Jags, and thus Iqra Ahmed tells him it was Ruby who masterminded the attack in the Minute Mart last year, leaving the former fruit and veg stall holder in complete and utter shock. Martin asks Kush for some advice on how to proceed with the matter, but Kush ultimately decides to come clean — revealing that Ruby was the one who asked him to leave with Arthur.

13. Stacey is fuming in the wake of the discovery, and therefore begins to doubt that Ruby was ever pregnant. She has a plan to prove that Ruby is lying, and thus she informs Kush to meet her at the club. The young woman then pretends that she wants to make amends with Ruby, but Kush soon joins them, and thus she reveals the real reason as to why she is there.

14. Peter and Ash return from a heavy night out, but when he invites her back to his, she declines. Determined to get her attention, Peter runs across the Square in nothing but a superhero cape, but he trips and knocks himself out.

15. Gabby is emotional after Jamie tells her their one-night-stand was a drunken mistake. She confides in Laurel that she might be pregnant, and Laurel suggests she takes a test. Gabby later reveals that she is, in fact, pregnant but she refrains from revealing who the dad is.

16. Paul is left in fear of his life as Connor turns up at the scrapyard with a metal pipe in tow. Mandy receives word a voicemail that Paul is in trouble and thus she rushes to save him — but ultimately she witnesses a balaclava-clad Connor, who pull up in a van and violently kidnaps him.

17. Diane agrees to let Charity stay with her, but encourages her to make amends by signing over her shares in the Woolpack.

18. Manpreet confides in Charles about how she’s fighting to save her marriage. However, Rishi witnesses the exchange. Manpreet tries to reach out to Rishi, but he tells her how he saw her talking to Charles, and thus cannot trust her.

19. Nate faints at the sight of blood.

20. Meena tells David she loves him.

21. Diane receives bad new, as she learns that her scan has been cancelled. She and Verity decide to speak to Misbah, who looks over Diane’s records from when she was in the coma — something which finally gives her the answers she needs. Meanwhile, Verity prepares to tell Sami that she’s not pregnant.

22. Sylver’s invites Mercedes to Cher’s birthday dinner, which leaves Cher upset. Mercedes gets drunk after speaking to Diane, and Sylver is therefore forced to ditch his daughter. Cher is fuming, while Sylver worries Mercedes is keeping something from him.

23. Sylver plans another birthday meal, but tensions are somewhat high between Mercedes and Cher.However, as the birthday meal arrives, everyone is in good spirits, and Sylver and Romeo decide to have a topless man-off! The pair flex their muscles, and Mercedes takes photos. Cher is jealous, and therefore she takes action. Mercedes’ life is put in danger as a result.

24. Mandy confides in Jack that she’s worried about leaving Nancy and Darren alone together, as Darren finds himself struggling to distance from Nancy. Jack soon warns him to stay away, reminding him that he’s got a new family now.

25. Nancy soon realises something isn’t right, as Darren begins to avoid her, and therefore she resolves to get to bottom of what’s going on. Jack intervenes, and tells her that it’s for the best. However, Nancy doesn’t agree, and she makes it clear that she needs Darren’s help with Charlie, as he’s the only one who understands what she’s going through.