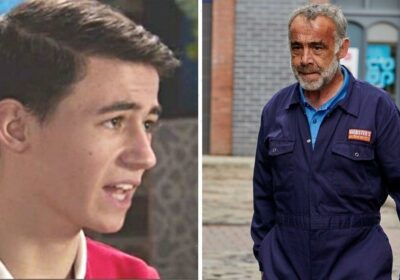 Coronation Street fans will know that Abi (played by Sally Carman) has just faced a recent brush with social services herself over her newborn son, Alfie. She has been living with social worker Wendy Crozier (Roberta Kerr), who has been monitoring her with Alfie to make sure she’s a fit mother. The ITV soap recently showed a delighted Abi being told she could return home to Kevin (Michael Le Vell). However, it seems things could get even more complicated as Kevin’s son Jack (Kyran Bowes) causes the mechanic to snap. Could a devastated Jack be taken away from Kevin?

In upcoming scenes, Kevin is disappointed to realise he will be unable to attend Jack’s end-of-year presentation.

Meanwhile, at school, Jack is being bullied by his classmates.

The cruel kids call the youngster “spanner” for having two dads who are both mechanics.

The 11-year-old only recently found out that Tyrone thought he was his father when he was born because his late wife Molly Dobbs (Vicky Binns) had an affair with Kevin. 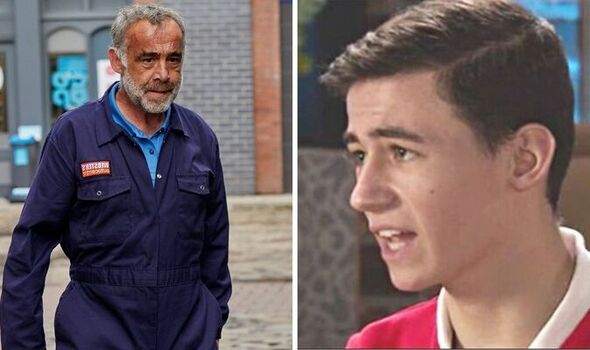 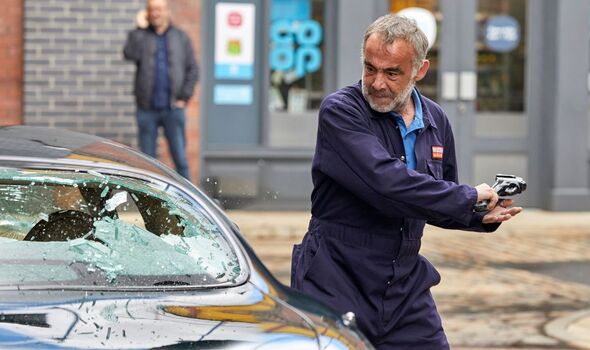 The revelation left Jack shocked and angry with Kevin for not being honest with him about his mother.

In the garage, Kevin takes a call from school and heads out of work with a face like thunder.

Kevin is stunned to find out his son has punched Nathan.

Jack explains how Nathan ridiculed him after finding out that Tyrone initially thought Jack was his son.

Realising how much Kevin has on his plate, Aaron Sandford (James Craven) offers to take over the work on Stephen’s car. 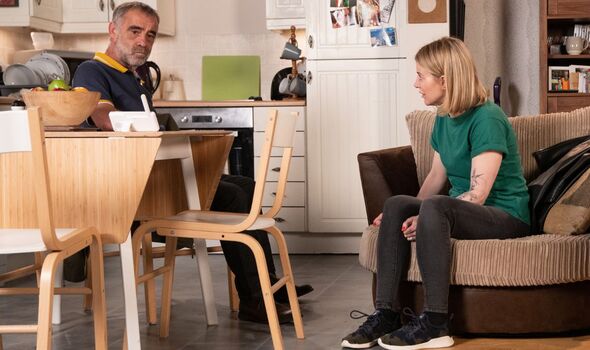 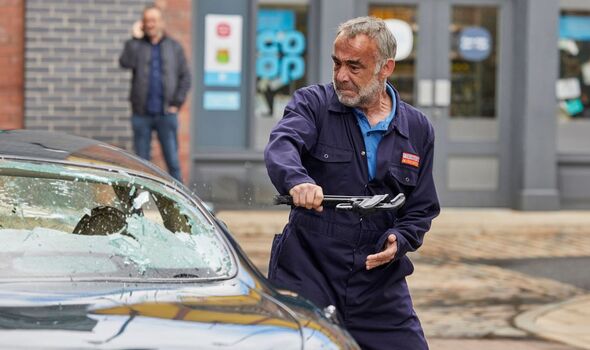 A grateful Kevin accepts his offer and sets about taking care of his family issues.

He has more to contend with though when Jack rows with his dad later.

He angrily admits that he’s not looking forward to Abi’s return as he thinks Kevin barely has any time for him as it is.

Social worker Chloe pays a visit to Kevin to question him about Abi and Alfie returning, but while he’s trying to impress her, a sullen Jack makes himself noticed.

Stephen picks up his car after Aaron fixes it but is soon back and shouting the odds as the car breaks down.

As Aaron takes a call and has to rush off, Kevin is left to deal with the furious customer.

He begins to work on fixing Stephen’s car when he is interrupted by calls from both Jack and Abi.

Stephen threatens to take his business elsewhere, causing a stressed-out Kevin to snap.

With the pressure finally getting to him, he loses his temper and picking up a wrench, starts smashing up Stephen’s car.

Abi calls at No.13 and excitedly flings her arms around Kevin, telling him how much she’s looking forward to moving back home tomorrow.

Kevin masks his anxiety, not unveiling what had happened.

As Kevin prepares for Abi’s homecoming, he is shocked to come face to face with two police officers at the door.

Can Kevin keep what happened from Abi?

Additionally, the incident could also spell trouble for Jack.

Becoming increasingly irritated by his dad being distracted by other things, Jack might decide to run away.

With his run-in with the law, as well as the visit from the social worker who noticed how miserable Jack was, the authorities might intervene over the latest drama involving Jack.

Kevin and Abi may be forced to call the police over missing Jack, and will likely be terrified about him.

With the recent goings-on though, it may be decided by social services that Jack would be better off away from Kevin.

A vengeful Jack might even agree, citing his run away to his dad’s behaviour.

Will the family be torn apart once again?

Coronation Street continues on Friday at 8pm on ITV.