Coronation Street resident Nick Tilsley (played by Ben Price) was dealt the surprise of his life last month when he was reunited with his secret son Sam (Jude Riordan) after getting in touch with his ex-girlfriend Natasha Blakeman (Rachel Lescovak). However, as Nick continued to have to deal with his step-son Oliver’s (Emmanuel and Jeremiah Cheetham) recent diagnosis with mitochondrial disease as well as the effect it’s having on Leanne (Jane Danson), it seems as though things could be about to get even more complicated for the Underworld factory owner.

Tonight’s episode saw Nick put forward a solution to Leanne as she continued to war with the medical professionals in charge of Oliver’s care.

He explained to his partner how Natasha’s friend Suki worked for the Weatherfield Gazette and she had expressed interest in telling their story.

At first, Leanne seemed more than happy to oblige after Nick noted it could help them raise much-needed funds for Oliver’s treatment.

But things didn’t end so well after Suki brought up the prospect of Oliver losing his life. 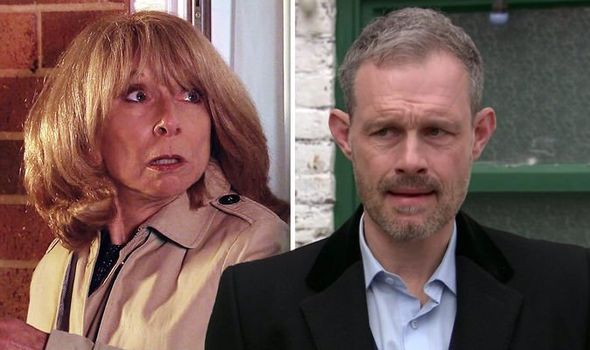 It was too much for Leanne to deal with and the mum cut the interview short, despite the positive impact it could have had.

Later on, Nick caught up with Natasha to go through how Sam had been helping to try and raise money for Oliver.

“She’s not too happy with anyone at the moment,” Nick said. “I get it sometimes, I just want to shout at the world. 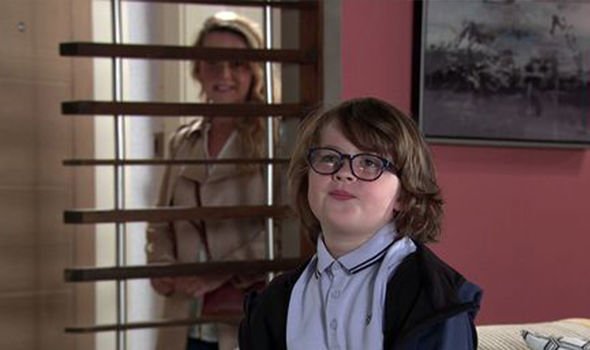 “It’s no one’s fault what happened to Oliver but some days I can’t do right for doing wrong,” he added.

Natasha offered up her sympathies to Nick, reminding him: “That’s not true, you just have to look after each other.”

With Nick unsure what to do moving forward, he said: “I should probably go to the hospital, should I? I don’t know.”

Natasha noted: “This is tough on you too,” before Nick praised her and their son: “He’s [Sam] been a little star, he has – you both have.”

But little did they know, Gail had witnessed the very friendly conversation between the former lovers, leading her to stir the pot.

Gail waded in after Nick had left, telling Natasha: “You don’t fool me, don’t play innocent.”

A confused Natasha asked Gail what she had done before Gail warned her to restrain from breaking up the family.

Gail said: “You were smiling at him, do you want to win him back? Take him away from Leanne and Oliver so you and Sam can have a proper little family?”

But Natasha soon shut her down, replying: “How dare you. Me and Sam are a proper little family, I’m his mum and he’s my son.

“I don’t know if you’ve noticed but Nick’s having a pretty rubbish time of it at the moment,” with Gail noting: “We all are.”

However, if Gail says the wrong thing in front of an already struggling Leanne, could Nick end up having to say goodbye to his son for good?

If Natasha sees the impact her son’s introduction into Nick’s life is having on Leanne and the family, will she decide to stop him from seeing Sam?