Mary (played by Patti Claire) has recently undertaken work with Tyrone Dobbs (Alan Halsall) on Coronation Street, looking after his young daughter Ruby Dobbs (Macy Alabi) while he carries out his duties at the garage.

As well as looking after the children of Weatherfield, Mary is also on hand to help Tracy Barlow (Kate Ford) at the florist, Preston’s Petals.

Though, she may have to hang up her reigns temporarily in upcoming scenes as the ITV soap’s answer to Mary Poppins sustains an injury.

Next week, the florist will have a run in with builder Jan (Piotr Baumann) which leads Mary to suffer as the victim of the untimely crash.

Carrying out her duties at the florist, Mary will be seen loading up the van with flowers to send to the customers when Jan appears from round the corner.

Cycling on his bike, Jan drives into Mary and knocks her to the floor, leading her to sustain an injury to her wrist.

Shocked by his actions, Jan calls on Moira Pollock (Louiza Patikas) to help him escort Mary to the medical centre where the doctor ends up putting her arm in a sling.

Still reeling from the crash, Mary will agree to settle the shock by getting a drink with Moira at the Rovers Return.

However, the florist is less than pleased to see Jan at the bar, who offers to buy her a drink as an apology for causing her injuries.

Though, Mary is hostile towards Jan as it becomes clear she will have difficulty carrying out her duties at the florist and helping the parents of Weatherfield with their children. 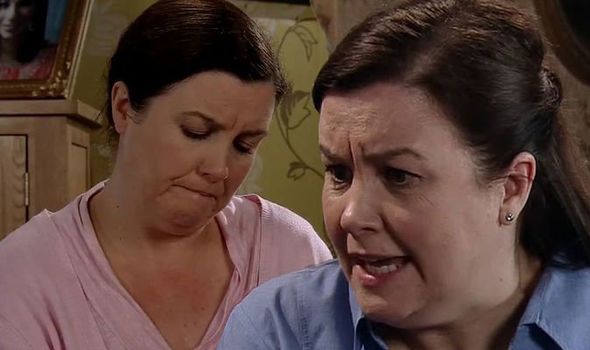 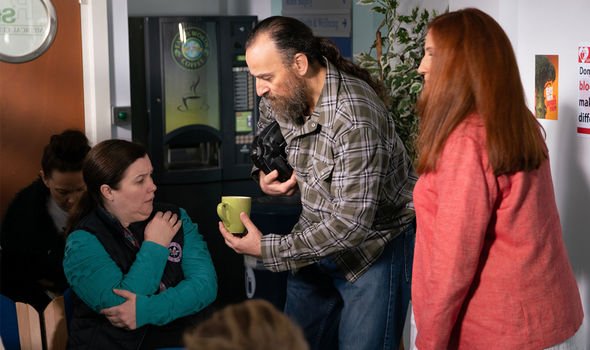 Is this the beginning of a new feud on the cobbles, or will Mary make peace with Jan as he steps up the efforts to show her how sorry he is for causing her injuries?

However, Mary won’t have long to recover from her injuries when she is dealt another blow as Norris Cole (Malcolm Hebden) makes his return to Weatherfield.

Currently residing in Number Three Coronation Street whilst Norris has been abroad, Mary will have to pack her bags when the stalwart returns to tell her he is selling the property.

The shock move from Norris will pave the way for the new Bailey family to arrive on the street later this year.

Mary will be left to pick up the pieces of the announcement by herself as Norris star Malcolm Hebden, 79, is only making a temporary return to the cobbles after a bout of ill-health. 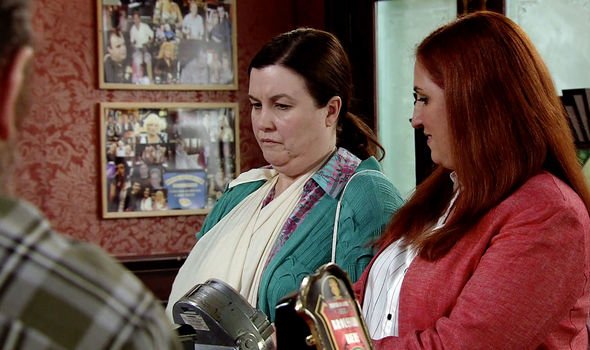 Certainly not the end of Norris

Speaking of Norris’ return and the character’s future on the show, executive producer Iain MacLeod told Express.co.uk and other press: “100 per cent Norris is not leaving the show.

“We just thought given the circumstances that we find ourselves in, it made sense to put a new family in Number Three.

“It’s certainly not the end of Norris,” Iain explained, before adding another character won’t be returning any time soon.

Fans of the show will remember Norris lived with Mary and fellow stalwart Emily Bishop (Eileen Derbyshire), but before the no-nonsense gossip left the soap temporally, Emily left the cobbles in 2016 to join her nephew in Peru.

Now residing with her niece Freda in Scotland, Iain said of Emily’s future: “I’m in talks fairly regularly with Eileen [Derbyshire], but at the moment, there’s no plans for her to return.”