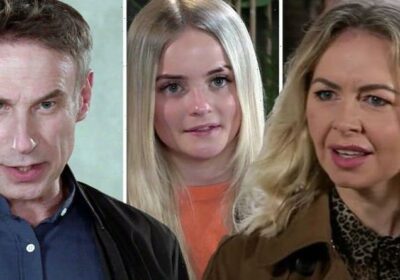 Garry Windass (Mikey North) initially took the youngster under his wing because of the guilt he felt over killing her father.

Toyah Battersby (Georgia Taylor) and Imran Habeeb (Charlie de Melo) have since fostered the troublesome teen and are desperate to do right by her.

However, when Laura turned up earlier this week, the couple were furious with her for advising Kelly to stay silent to the police. 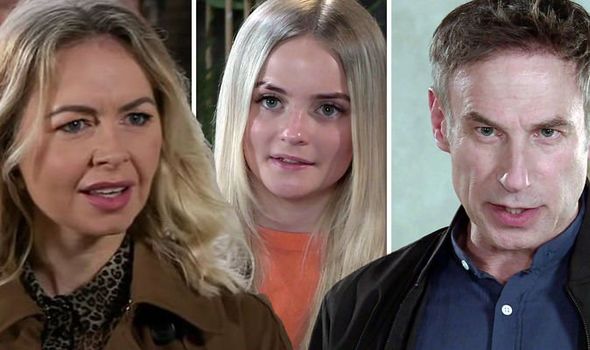 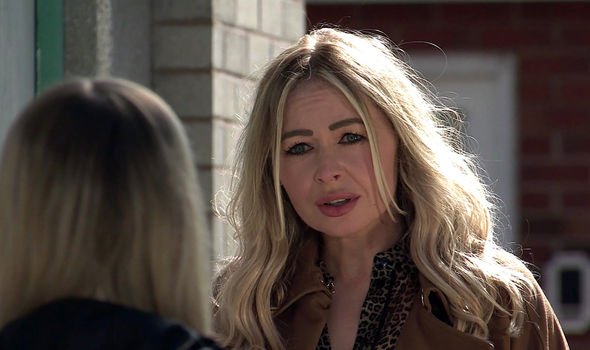 In upcoming scenes, the couple will clash with Laura when she reveals her plans to bring Kelly home when she’s released from police custody.

Millie began: “I don’t think Kelly seen her mum in over about six months, so I think seeing her and her first reaction is, ‘Oh, has her recent man left her?’

“Every time she sees her mum it’s bad news but she plays it so amazingly well,” she revealed. 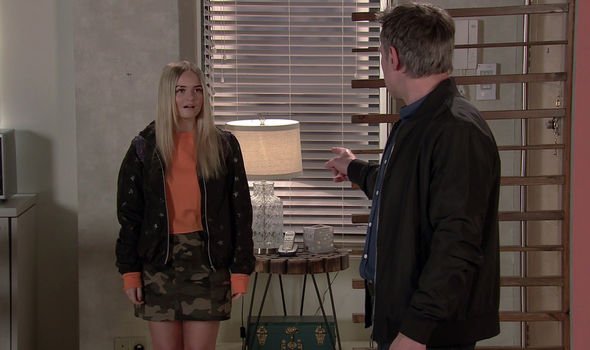 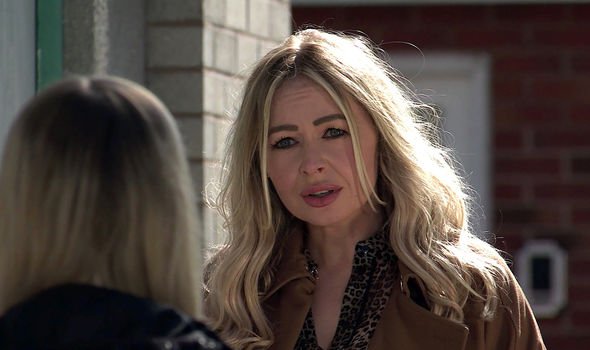 “But I think seeing the clash between Toyah, Imran and Laura, it’s fun to see their dynamics as well.”

Kelly was surprised to see her mum on the cobbles but could Laura have returned after being tracked down and bribed by Corey’s father Stefan Brent (Paul Opacic)?

Coronation Street confirmed it would tackle class issues in the aftermath of Seb and Nina’s attack.

After learning what his son had got himself involved in, he warned Corey to stay away from the schoolgirl.

ITV soap fans will remember Kelly was desperate to find out what happened to her dad when he went missing but Laura’s sole concern was making sure Rick’s payments didn’t stop.

Did Stefan realise he could exploit Kelly and Laura’s fraught relationship to ensure his son remained out of prison?

If Kelly returns home with Laura once she’s released from custody, the manipulative mum may convince her daughter to keep quiet rather than fight her corner.

Will the troubled teen find a way to prove her innocence or will Corey get away with murder?

She said: “I think she’s terrified because I think she’s always tried to wiggle away out of stuff with her quick-witted manner and her little one-liners.

“She’s always tried to just like get off the hook somehow but this time she’s really in deep.

“She’s just got herself in this horrible position and she just doesn’t know how to get out of it this time.

“I don’t think she sees any way out especially when Corey gets in her head that they’ve basically pinned it on and it’s all on her now.”

Coronation Street airs on weekdays on ITV at 7.30pm.