The barmaid’s suspicions are raised when Jenny takes a drunken tumble down the stairs while arguing with Johnny. 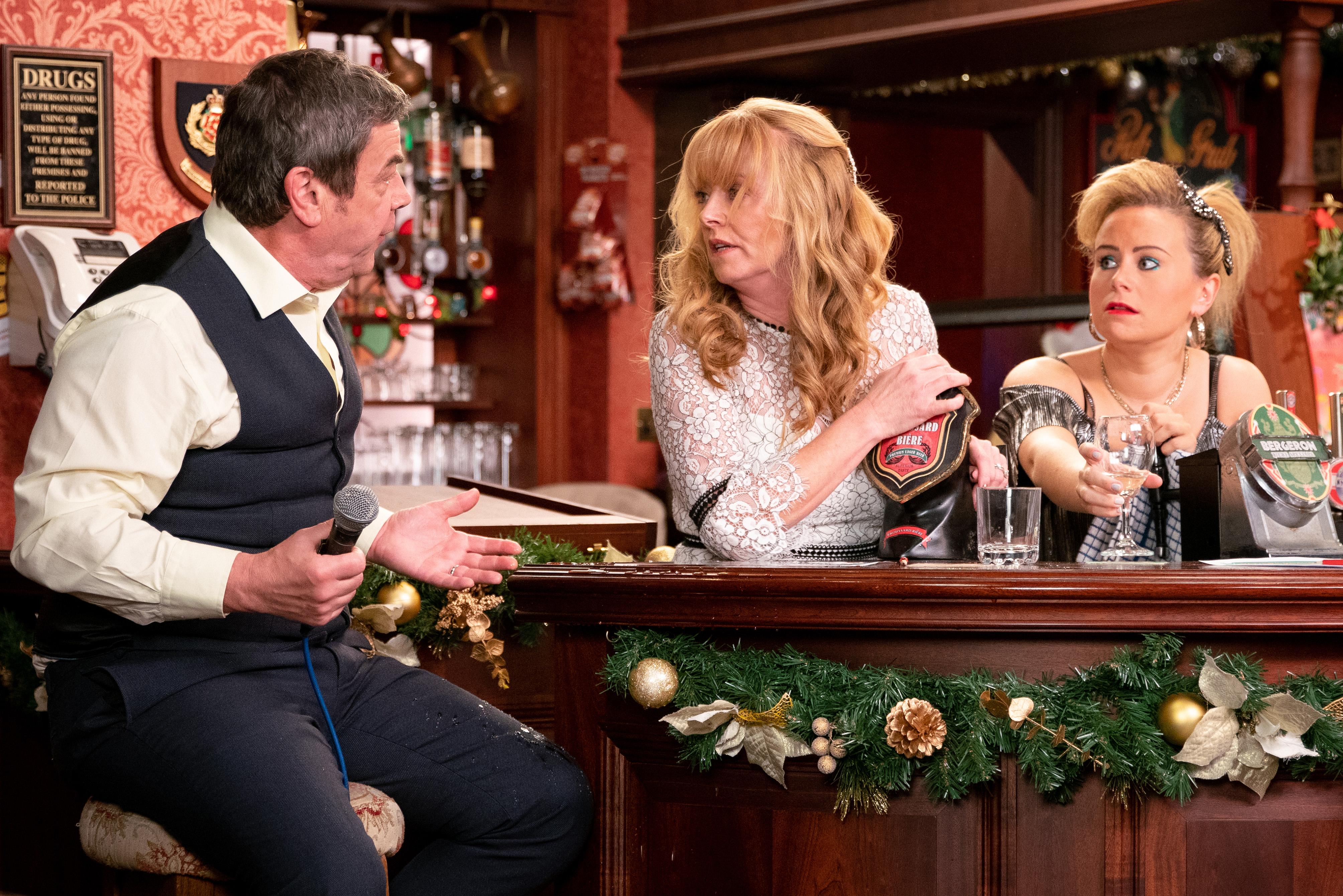 Gemma – Dolly-Rose Campbell – insists that Jenny gets to A&E leaving Johnny behind the bar with Liz McDonald. Once she’s been seen at hospital, Jenny tells Rita Tanner she’s suffered a fractured rib.

Rita lets slip about Johnny’s affair with Liz which leaves Gemma chilled to the bone.

On Christmas Eve Jenny – played by Sally Ann Matthews – is gutted to learn that Liz has cancelled her holiday meaning she’ll be behind the bar after all. Meanwhile Gemma corners Tyrone Hobbs and grills him about his abusive relationship with his ex Kirsty Soames. 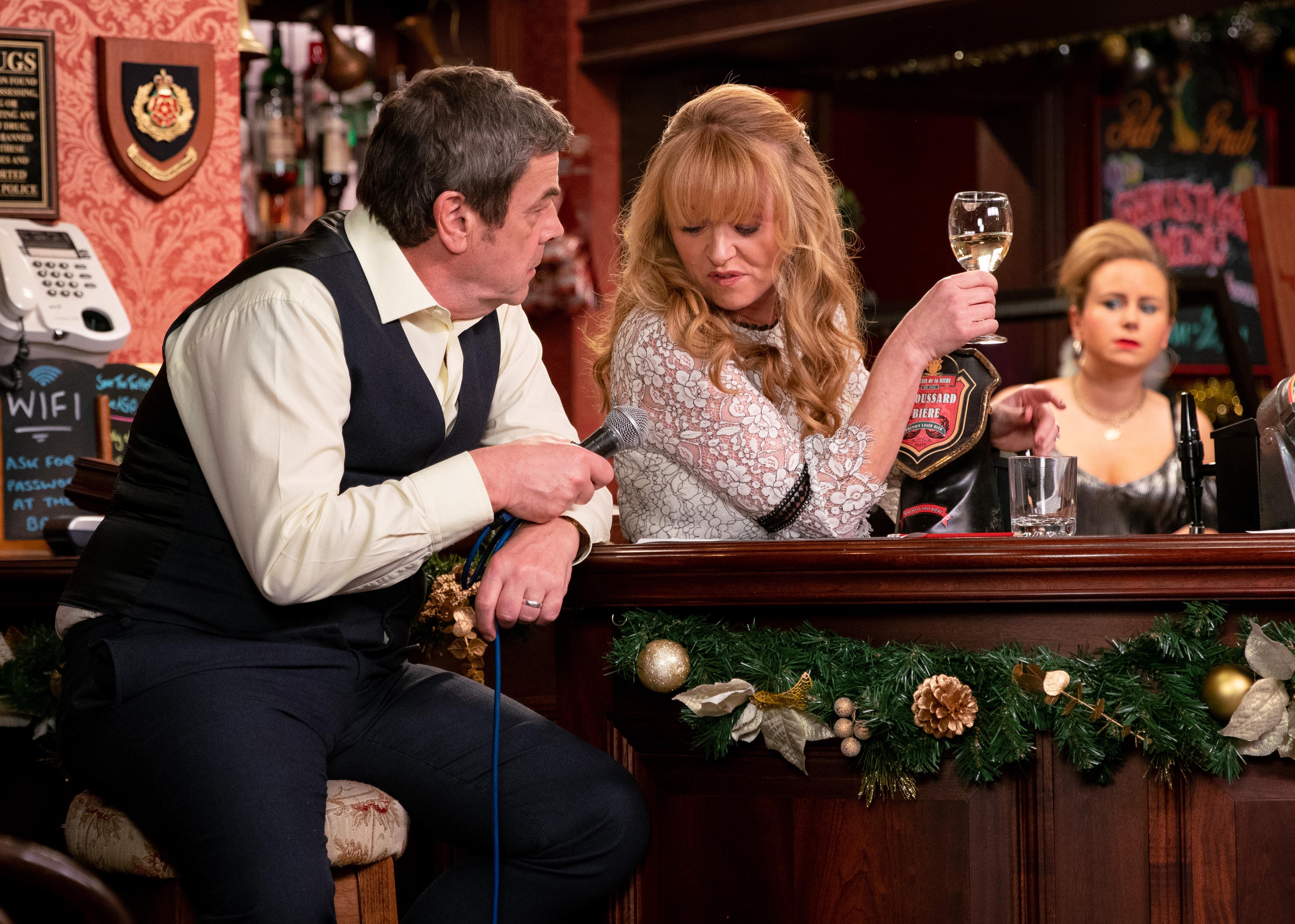 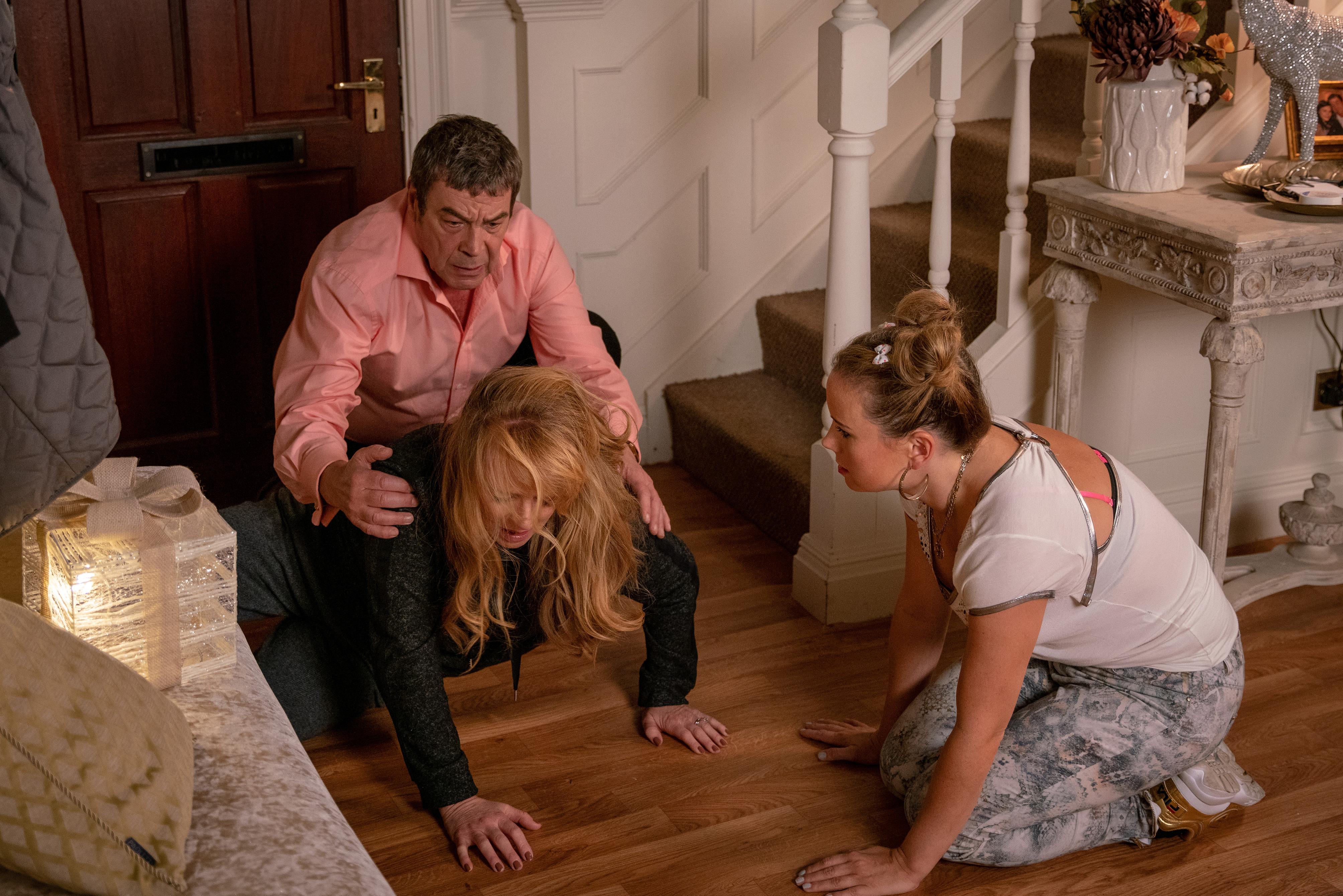 Later, as Johnny – Richard Hawley – hosts the Christmas Eve pub quiz, Jenny gets too drunk and Johnny snaps at her causing her to flee into the yard.

Gemma follows her and asks if Johnny has been abusing her. Jenny insists he hasn’t but Gemma doesn’t believe a word. What will she do?

It all kicks off on Christmas Day when Johnny declares his love for Jenny but when she hears him pay Liz a compliment, she goes nuts and secretly sends a text to Mike Thornberry in a fit of jealousy.

Liz is confused when Mike calls in at the pub saying he got her message saying she missed him. Liz figures out who was behind the text and tears a strip off of Jenny.

As their argument over Liz escalates, Gemma accuses Johnny of physically abusing his wife. How will he react?