Coronation Street spoilers: Gary Windass destroyed in epic showdown – will he be exposed? Gary (played by Mikey North) has been on a path of destruction since he emerged as the new Coronation Street super villain this time last year. Since then, his devilish deeds have claimed four lives and ruined countless others. However, upcoming scenes on the ITV soap will see him come face-to-face with someone who could destroy his life as he knows it and with a showdown likely to be on the cards, could they expose the loan shark as the killer he is?

Following the Underworld Factory roof collapse last March, which he caused and claimed the life of fan favourite Rana Habeeb (Bhavna Limbachia), Gary has been on self-destruct.

Although he felt immense guilt for causing a death, he didn’t have time to get weighed down as loan shark Rick Neelan (Greg Wood) was on his case to collect a debt the builder owed.

Fearing the criminal was becoming a risk to his then-girlfriend Sarah Platt (Tina O’Brien), the villain killed his nemesis and buried his body in the woods.

It wasn’t long before his victim’s daughter Kelly Neelan (Millie Gibson) began snooping around with regards to her father’s mysterious disappearance and although the murderer thought he’d thrown her off the scent, he’s rocked to his core when the teenager returns next week. 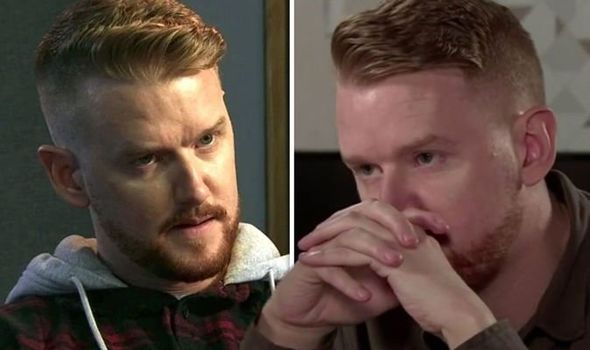 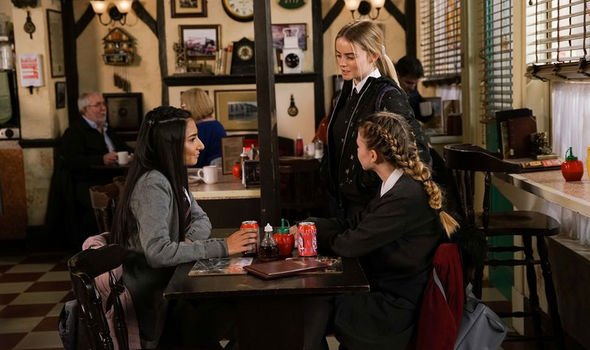 After she turned up on the cobbles last summer, Gary thought Kelly wasn’t going to bother him again when he paid for her school tuition fees and didn’t see a reason for her to look for her father again.

However, in upcoming scenes, it seems the teenager has made plans to stick around in Weatherfield for a little while longer this time.

The drama kicks off when the youngster bumps into Asha Alahan (Tanisha Gorey) and Summer Spellman (Matilda Freeman) in the café.

She explains she’s just enrolled as the local high school and is wanting to make some friends as she settles into life on the cobbles. 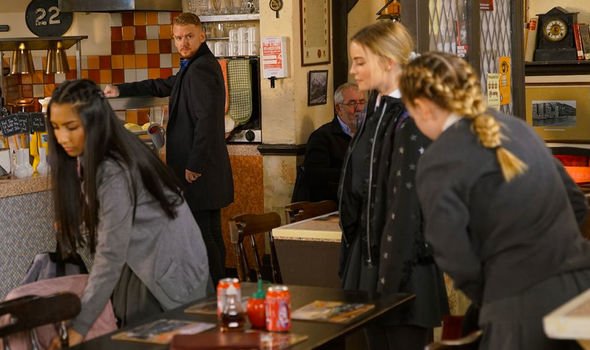 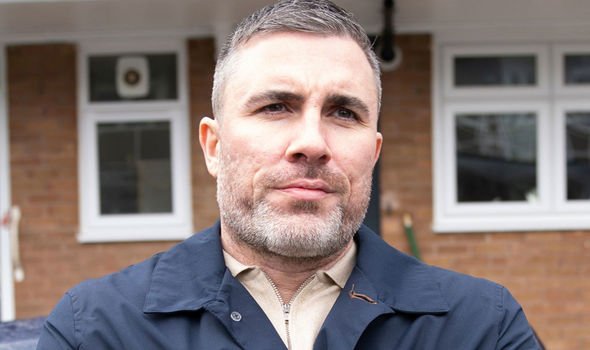 Not realising Kelly is back in the picture, Gary gets the shock of his life when he sees Rick’s daughter in the café.

What further panics him is when he sees her in the Weatherfield High uniform and puts the pieces of the puzzle together.

The villain is likely going to want to speak with the teenager about why she is back on the cobbles and will question if she knows about Rick’s demise.

Viewers will remember the only person the loan shark told about the murder was the criminal’s former associate, Sharon Geary (Naomi Cooper-Davis).

First two days back on the amazing set of @itvcorrie!

The pair were recently reunited when Gary called in a favour and asked Sharon to spike love rival Ali Neeson’s (James Burrows) drink.

After the troubled character was left on death’s door, the villain told Rick’s former associate she was on her own if the police discovered he’d been drugged.

No report ever came to fruition, but could the loan shark leaving her in the lurch have led the henchwoman to put a seed of doubt in Kelly’s mind.

Knowing how shady her father’s killer was the last time they spoke, will the teenager expose the murderer as they go head-to-head?

Actress Millie previously hinted her alter-ego was making a return in a post on Twitter back in January.

Taking to the social media platform, she said: “First two days back on the amazing set of @itvcorrie!”

With the youngster being enrolled at the local high school, it’s likely she will be making herself comfortable as she continues her quest to unravel the truth about the father’s disappearance.

There are also reports her mother Claire will be arriving shortly, so will she hold the key to Gary’s downfall?