Fiz (played by Jennie McAlpine) will make her first appearance on Coronation Street later this week after she left the ITV soap last year to get some support for daughter, Hope (Isabella Flanagan).

Before her exit, Fiz was struggling as young Hope was demonstrating some concerning behaviour after she initially thought partner Tyrone Dobbs’ (Alan Halsall) daughter Ruby Dobbs (Macy Alabi) was the one acting up.

Having been in Birmingham for several months, Fiz will be hoping to get her daughter back into a normal routine and spend more time with their family.

It won’t be long before Hope is causing trouble once more and this time, her sinister actions leave her mother fearing for her daughter’s life as a deadly blaze rips through the Underworld factory.

Fiz had hoped the youngster had matured and moved on from her wayward behaviour, but back on the cobbles, it seems Hope hasn’t made too much progress.

As Fiz and Tyrone argue over the latter forgetting to secure Hope’s place at the local primary school next week, their daughter sneaks out the house.

Having been absent from the street when the Underworld factory roof collapsed earlier this year, Hope takes it upon herself to venture inside the boarded up premises.

It’s not long before some of the local Weatherfield residents hear screams from inside the building site.

Although it seems like a perilous situation, both Hope and Ali make it out the burning inferno unscathed, but it’s not long before questions are being asked with regards to how the blaze started. 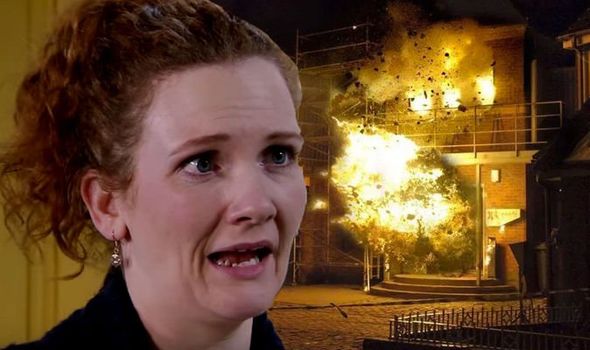 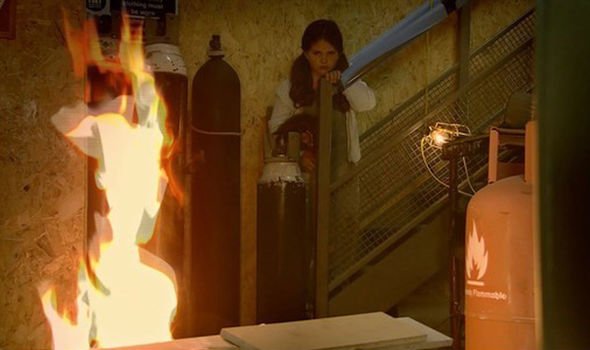 There is much more going on

Hope tells the police she saw two boys enter the premises and set the blaze alight, but Tyrone isn’t buying the youngsters’ story.

The latest saga in Hope’s troublesome ways leave Fiz and Tyrone at loggerheads over whether their daughter started the blaze.

Will the youngster ever admit to what she did, or will her behaviour drive a wedge between Tyrone and Fiz for good?

Speaking of her explosive return to Weatherfield, actress Jennie, 35, said: “We’ve been away for nine months, and in this time Fiz has supposedly been working on Hope’s behaviour.

“Allegedly it’s improved, but as all things with Fiz, there is much more going on as the audience scratch beneath the surface. 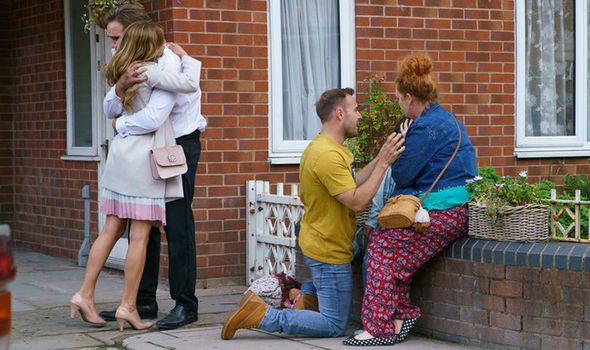 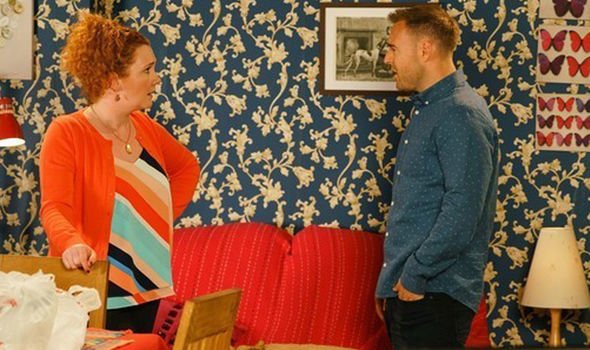 “She knows that Hope’s behaviour hasn’t improved, and has an inkling that there’s more to find out about the starting of the fire,” the actress continued.

“Tyrone becomes a bit suspicious of Hope, and Fiz almost exhausts herself emotionally by reassuring those closest to her that her daughter isn’t capable of anything like this.”

Viewers will have to wait and see if the warring couple can come together for the sake of their daughter, but elsewhere on the cobbles, another beloved pairing could be set to split.

However, will anything come of the chemistry, or will Daniel remain committed to Sinead?