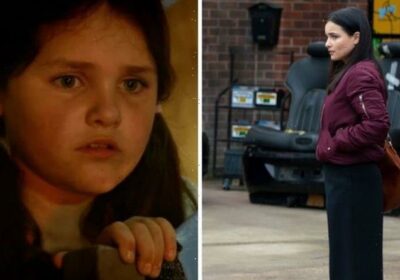 Once a favourite cobbles couple, viewers have been watching Fiz (played by Jennie McAlpine) and Tyrone’s (Alan Halsall) relationship crash and burn ever since Alina Pop (Ruxandra Porojnicu) came on the scene in ITV’s Coronation Street. Now that they’ve broken up and Tyrone has his sights set on being with Alina for good, his daughter Hope could be out for revenge on the woman who broke up her family.

In upcoming episodes, things are set to get even more explosive. Viewers will see Emma Brooker (Alexandra Mardell) spotting Lucas Kempton (Glen Wallace) flirting with Alina outside the salon, and urges her to go for it.

As Tyrone and Alina get intimate, they’re interrupted by the arrival of Emma.

While Tyrone hides behind the sofa, Emma spots his jeans strewn across the floor and assumes Alina made a move on Lucas.

As they hurriedly get dressed, Tyrone implores Alina to stick to the story that she was in bed with Lucas. 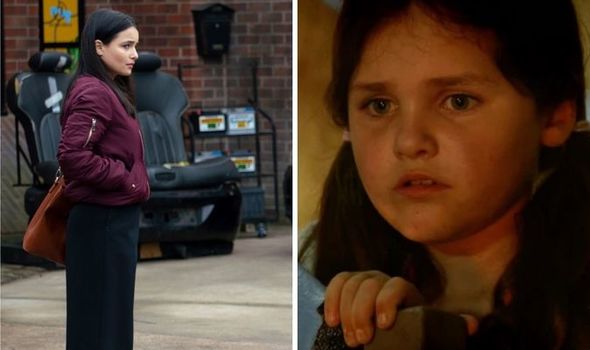 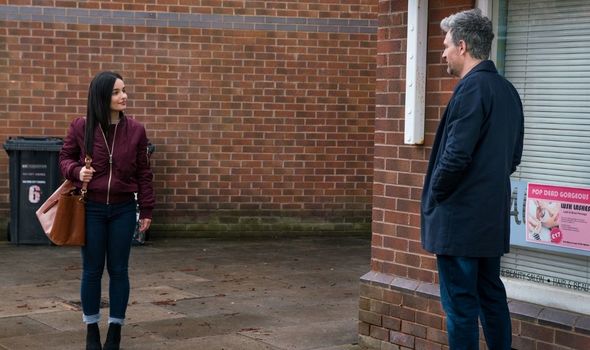 Alina calls in the Rovers and asks Emma to keep her relationship with Lucas a secret.

And Maria calls at the garage exposes the lie; at the time Alina was supposedly in bed with Lucas, she was giving Lucas a haircut and if Tyrone doesn’t tell Fiz, she will.

When Emma spills the beans about Alina and Lucas, Fiz’s hopes are lifted. 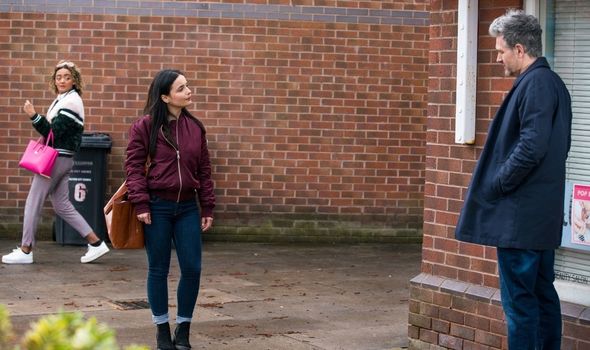 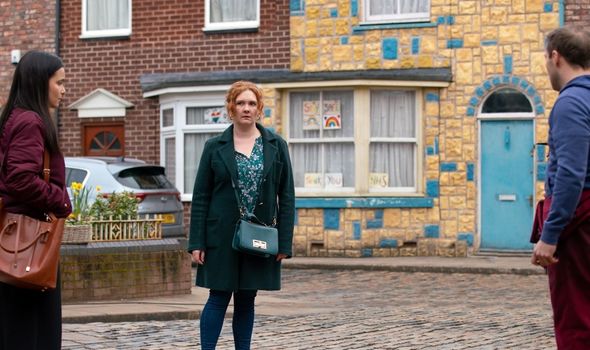 In the garage, Tyrone confides in Kevin Webster (Michael Le Vell) that he’s planning to tell Fiz that he and Alina are for keeps.

Fiz calls at the garage and quizzes Kevin about Tyrone’s intentions but Kevin acts dumb.

Tyrone returns from attending a breakdown to find Fiz, Alina and Lucas mid-showdown on the street.

A devastated Fiz realises he’s chosen Alina over her and soon, a row breaks out, with each blaming the other for the breakdown of their relationship.

Little do they realise, Hope is listening, deeply upset – will she begin plotting her revenge?

Tyrone arrives at the salon flat with his holdall and tells Alina that he was honest with Fiz.

Maria calls at No.9, but Fiz gives her short shrift and as she goes to close the door, she spots Tyrone and Alina clearly loved up.

A sheepish Tyrone lets himself into No.9 to pick up the last of his things.

Having run away from school, Hope returns home and spotting Tyrone’s holdall, asks him if he loves his new girlfriend more than her.

Tyrone’s horrified and accuses Fiz of turning Hope against him.

But Hope is understandably devastated and, although only young, she is hurt enough to take extreme actions.

In a bid to cheer her up, Chesney invites Hope over to play with her cousin Joseph Brown (William Flanagan).

Fiz calls at No.5 to find Chesney bundling an injured Joseph into the car.

With Hope turning to violence to vent her upset, it seems clear that she could set her sights on Alina as her next “victim”.

Later, Tyrone inadvertently uploads the photos from his romantic night in Knutsford with Alina onto the family photo roll.

Fiz urges Tyrone to speak to Hope but Tyrone refuses, asserting that she’s better at dealing with Hope than him.

If she sees the photos, Hope will be pushed even further over the edge.

Having already attacked Joseph, and believing Alina to be the reason for her family falling apart, will Hope attack her next?