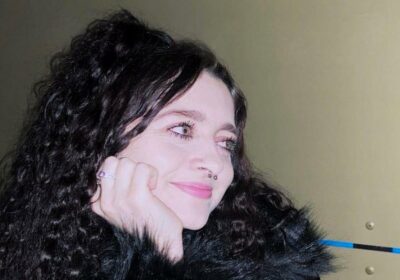 Coronation Street star Mollie Gallagher is currently the talk of the cobbles after her character Nina Lucas found herself at the centre of a distressing storyline.

The loveable goth was brutally attacked with her on-screen boyfriend Seb Franklin, played by Harry Visinoni, earlier this year leaving Seb dead and Nina fighting for her life.

The story is based on the real-life murder of Sophie Lancaster, and the soap has been praised for its sensitive handling of the subject of hate crime.

Mollie has played Nina since November 2019, when she was introduced as the long-lost niece of cobbles favourite Roy Cropper.

What many don’t know, however, is that Coronation Street was Mollie's first professional role, coming from a family of Corrie fans and growing up close to the Salford-based set.

Daily Star has taken a look into Mollie's life off-screen, so what does her life look like away from the cobbles?

Mollie’s harrowing storyline landed her a nomination for a Serial Drama Performance award at this year's National Television Awards, which she eventually won.

But it wasn't be the first time the 23-year-old has attended the awards.

The star went full circle after working as a seat filler at the NTAs when she was in drama school in 2018.

Mollie toldThe Sun: "As a seat filler you’re part of the audience. When the TV cameras are panning around, they never want to show empty seats.

“I was really ­nervous, but I thought it was so exciting to see all the stars. So if an actor or a producer nips to the loo during the awards you sit in their seat.

"When they come back you get up, so you end up sitting in four or five seats."

Mollie went against her co-star Sally ­Carman, who plays Abi Franklin, at the ceremony after they were both shortlisted for the gong.

Mollie admitted that she was a "massive" Corrie fan but didn't actually get to sit with them at the ceremony three years ago.

"It was the year Lucy Fallon, who played Bethany Platt, won the Best Serial Performance award, and I got really emotional," Mollie recalled to the publication.

"When I got nominated this year I was laughing with my friends about how crazy it is that I’ve gone from being a seat filler watching Lucy to being nominated for the same award."

Off-screen and out of her gothic character, Mollie is totally loved up with her boyfriend Dan Myers, who is also familiar with the spotlight.

Dan is in a band called Inego, and their music is described as "indie rock with a splash of disco funk and a pop twist".

The loved-up couple have been dating for over a year and live together in a flat in Manchester.

Mollie recently gushed about her boyfriend on Instagram to celebrate their one-year anniversary.

She posted: “Valentine’s Day and our anniversary all in two days. Happy one year of Mol and Dan, I love you”.

The pair live in a flat in Manchester that is a perfect reflection of her bold personality.

Mollie has previously joked that she likes her interior design to “match [her] eyeshadow”, which means a flash of pink in every room.

Many fans are keen to know how Mollie looks when she is taking a break from filming at Roy’s Rolls.

While the star definitely tones down her sullen goth character and black makeup off-screen, Mollie has been known to embrace similar black clothing and the same dark curly hairstyle.

However, the actress portrayed a much more carefree and less pale image when she was spotted walking around Salford Quays recently.

The actress revealed in an interview with ITV that she and Nina certainly have some similarities when it comes to dress sense.

“Me and Nina both like making a statement in life," she explained, adding: "I’m a bit more extroverted than Nina.”