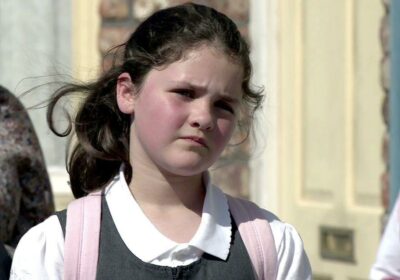 Coronation Street fans have 'exposed' the true identity of the mysterious Mad Dog after they targeted Hope Stape in a series of text messages.

Hope was speaking to an online gamer community when one new player began to send her a series of text messages about her home and family life.

The questions sent to the youngster included "Do you get along with your mum and dad?" while another read: "Do you like your home?"

While friend Sam Blakeman suggested that the unknown player, who goes by the name of Mad Dog, may be sending the messages as he fancies Hope, viewers have worked out who the mysterious gamer may actually be – and what his motives are.

Fans now think that Hope's father and evil serial killer John Stape could potentially be alive, and that he has secretly begun chatting with his daughter online.

Despite dying in hospital, Coronation Street fans think this could have been a hoax – making a potential return all the more likely.

Meanwhile, other fans have speculated that Mad Dog could be a number of characters connected to Hope's mum Fiz, including estranged sister Jade Rowan.

However, they also suggested that their true identity could be Phil Whittaker, Fiz's ex-husband.

Viewers will remember that Fiz dumped Phil for ex-hubby Tyrone Dobbs on their wedding day, and that Hope was instrumental in playing a part.

So could Phil be taking revenge and targeting targeting Hope?

Fans seem to think so, with one saying: "Who is this mad dog on hopes pad, Phil ? Trying to get revenge maybe?".