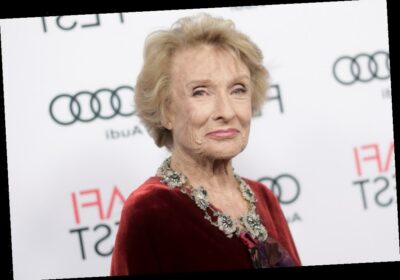 Veteran TV actress Cloris Leachman, who won eight Emmys across a career that spanned seven decades and hundreds of roles, has died at the age of 94.

Leachman passed away on Tuesday of natural causes at her home in Encinitas, California, our sister site Variety reports.

Making her TV debut in 1949, Leachman was a frequent guest star throughout the 1950s and ’60s on shows like The Twilight Zone, Gunsmoke and Perry Mason. Her breakout role was as snooty neighbor Phyllis Lindstrom on The Mary Tyler Moore Show, starting in 1970, which earned Leachman a pair of Emmys for best supporting actress. In 1975, she also got her own spinoff, Phyllis, which lasted two seasons on CBS.

Leachman continued her prolific TV career through the 1980s, joining the cast of NBC’s hit sitcom The Facts of Life in 1986 and taking over for Charlotte Rae’s Mrs. Garrett as the show’s den mother. Later, Leachman played prickly Grandma Ida on Fox’s Malcolm in the Middle, winning two more Emmy awards in 2002 and 2006. She also co-starred as kooky grandmother Maw Maw on Fox’s Raising Hope, which aired from 2010 to 2014. Her most recent TV credit was an episode of the Mad About You revival in 2019.

In all, Leachman was nominated for 22 Emmys and won eight, setting a record for wins by an actress that was later equaled by Julia Louis-Dreyfus. She also was a contestant on ABC’s Dancing With the Stars in 2008, becoming the oldest contestant the show had ever had at the age of 82. She quickly became a fan favorite and ultimately finished in seventh place. Leachman was inducted into the Television Academy Hall of Fame in 2011.