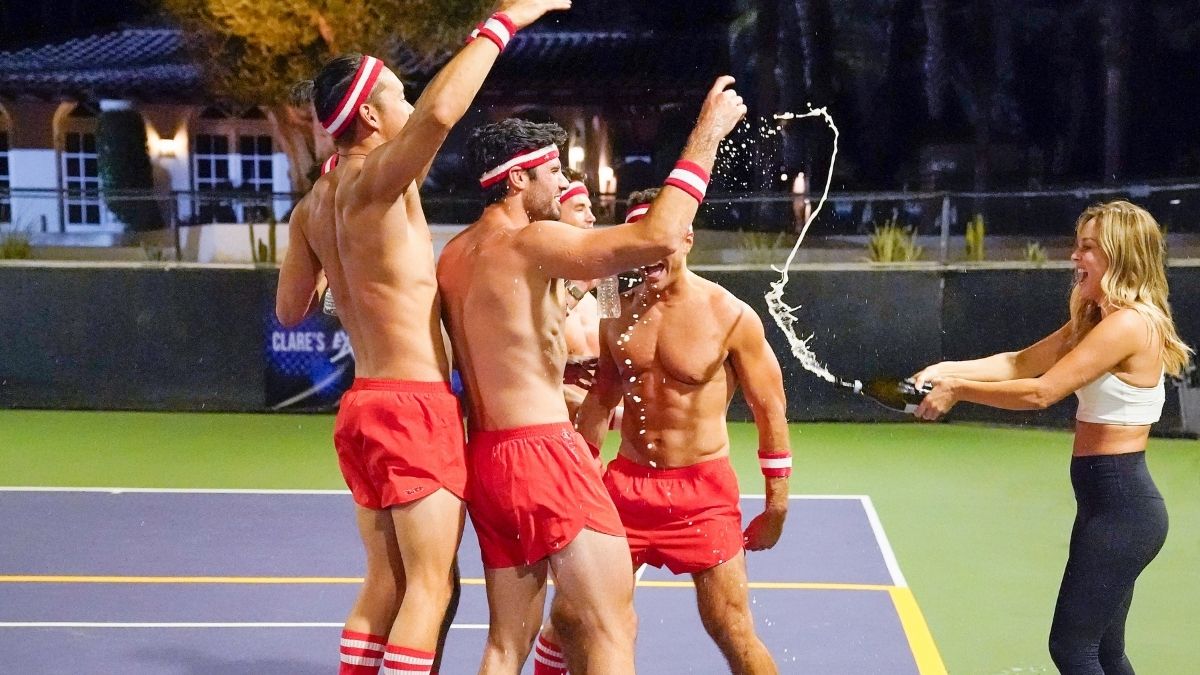 During the group date, the guys were split up into two teams. They would compete against one another in a dodgeball game.

Right before they started playing, Clare decided to change the rules, saying that the guys need to strip if they lose.

The team that ended up naked first lost and could go back home to their rooms. The winning team would get time with her.

And sure enough, the guys were willing to strip down for time alone with Clare.

Since the episode has aired, Clare has liked tweets that state that she was set up by production. It seems that it was producers, not Clare, that made the decision to make it a strip dodgeball game.

Fans reacted to the game on Twitter. One fan wrote, “It’s awful you had the guys take off their clothes if The Bachelorasked the women do the same things all heck would break loose. You were wrong. Juan Pablo should have had you strip.” 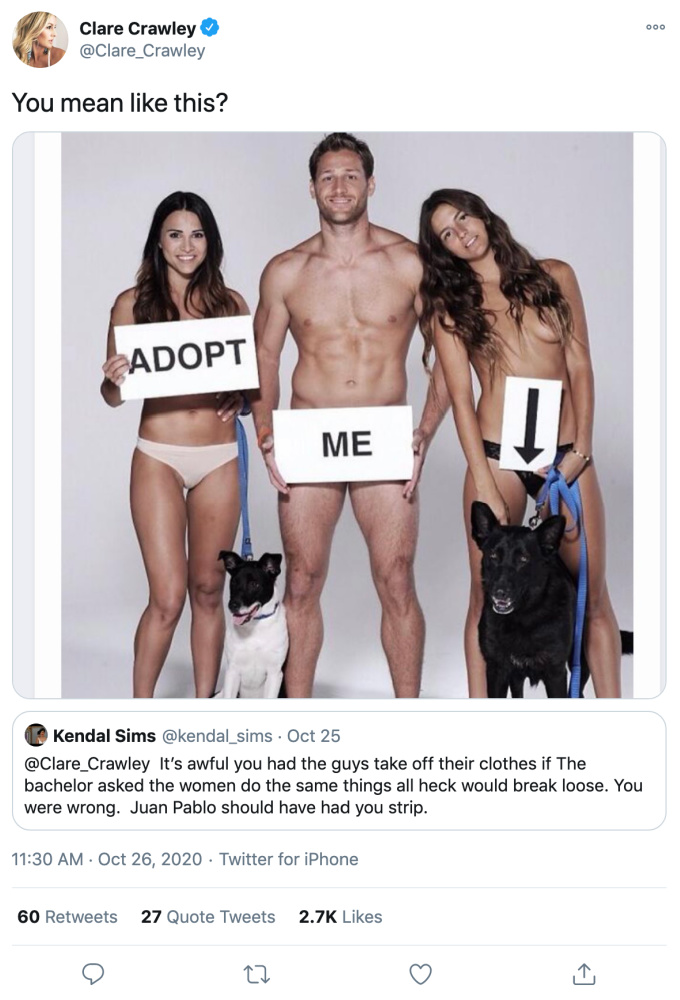 Clare responded to the tweet, “You mean like this?” and showed a photo of a naked Juan Pablo with Andi Dorfman and another Bachelor contestant.

The photo was part of a group date for his season of The Bachelor in which the ladies and Juan Pablo were asked to promote pet adoption for an animal shelter.

This was only during Episode 2 of his season of The Bachelor, which aired back in 2014.

Reality Steve has fully supported Clare’s version of events and pointed to the pillow fight with the ladies on Peter Weber’s season earlier this year on The Bachelor.

Clare Crawley has liked tweets about the show

Clare hasn’t been allowed to speak out about the show, but she recently liked some tweets that sort of shared her point of view. Yesterday, we reported that Clare felt set up by production as evidenced by the tweets she liked.

“I really feel like they are giving her a bad edit (just my opinion). They are feeding into the narrative and the rumors and making it seem like it was Clare’s decision that this ended and I feel like that’s not the case,” one social media user wrote in tweets that Clare liked.

“They had Tayshia quarantined 9 days after Clare started filming. They wanted to remove Clare. And I just don’t think it’s fair. … Don’t you see with how the last two episodes have been produced, there’s no drama and the drama that they’ve shown has been dramatized and fixated to make Clare look a certain type of way.”

The Bachelorette airs Tuesdays at 8/7c on ABC.