During his appearance in the most recent episode of horror podcast “Post Mortem With Mick Garris”, Mancini shared, “Just from having worked on ‘Hannibal‘ and ‘Channel Zero‘… I saw an opportunity to reinvent the franchise yet again.” 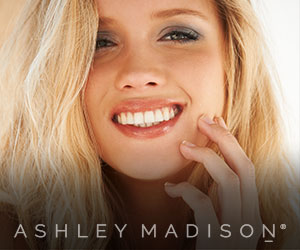 “One of the things that has kept the franchise alive and thriving for so long is that we’ve reinvented it in different ways, by making it a comedy, and then back to horror,” he continued telling the host. “But the sheer storytelling real estate of doing eight to 10 episodes… will allow us to delve into characters and relationships in a way that we’re never afforded in just a 90-minute movie.”

He admitted that the new experience “is really exciting to me,” before teasing that the upcoming project will highlight one of fan-favorite characters. “We’re going to be able to explore different avenues with different characters that are among fan favorites. A lot of times people will say, ‘What’s Tiffany’s backstory?’ and ‘What about Glen or Glenda?’ All these different avenues. Now we have a way of exploring all of this, and that’s really exciting,” he teased.

Mancini also noted that what’s different between penning for TV series and movies was the excitement for working together writers which he didn’t get from features. “One of the things I really loved about working in television was the social aspect of it. Because when you write features, it’s so damn lonely and terrifying,” he said.

“When I first came to work on ‘Hannibal’, it was my first experience with the writers’ room. I’m like, ‘Wait a minute, every day, we come into a room with a group of other like-minded horror fanatics, and we talk about ‘Hannibal’ all day, and we get paid for it?’ This didn’t seem like work to me,” he added. “And so, doing that with Chucky seems really fun, and I am really excited about inviting other very talented writers to come into it, and see what they will bring to it at this stage.”