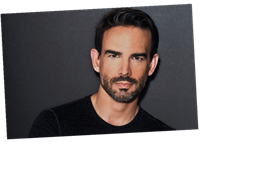 EXCLUSIVE: Christopher Gorham has been tapped for a major role opposite Manuel Garcia-Rulfo in The Lincoln Lawyer, Netflix’s drama series based on Michael Connelly bestselling novels, from David E. Kelley and A+E Studios. Additionally, the Covert Affairs alum has signed with Verve for representation.

Written and executive produced by Kelley and showrunner Ted Humphrey, The Lincoln Lawyer revolves around Mickey Haller (Garcia-Rulfo), an iconoclastic idealist, who runs his law practice out of the back seat of his Lincoln Town Car as he takes on cases big and small across the expansive city of Los Angeles.

Gorham, who has a one-year deal, will play Trevor Elliott, a brilliant but enigmatic video game mogul who stands accused of killing his wife and her lover, and turns to Mickey to take on his high-profile case.

The 10-episode first season is based on the second book in The Lincoln Lawyer series, The Brass Verdict. Kelley and Humphrey executive produce  alongside Connelly and Ross Fineman.

Gorham, probably best known for starring as Auggie Anderson on USA’s Covert Affairs for five seasons, co-starred in Netflix’s Insatiable. He also has voiced the role of The Flash for DC Entertainment in multiple animated films. Behind the camera, Gorham directed multiple episodes of Covert Affairs and directed and starred in the 2017 movie We Love You Sally Carmichael!.

Most recently, Gorham was seen in Amazon’s One Night In Miami.

Gorham is the latest client roster addition at Verve, which expanded into talent representation following the hire of Sean Grumman in June last year. He continues to be repped by Thruline and attorney Eric Brooks.