Chris Rock Reveals Covid-19 Diagnosis: 'Trust Me You Don't Want This. Get Vaccinated' 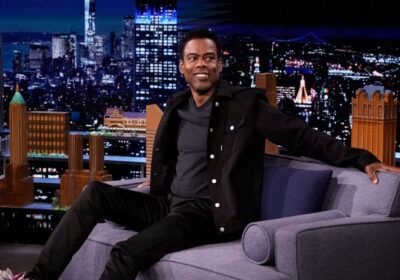 Chris Rock revealed on social media Sunday that the comedian has tested positive for Covid-19.

“Hey guys I just found out I have COVID, trust me you don’t want this,” Rock tweeted Sunday. “Get vaccinated.”

Rock didn’t elaborate on the severity of his condition, but the diagnosis likely represents a “breakthrough” case, the comedian announced on The Tonight Show in May that he did receive the Johnson & Johnson vaccine.

“I’m vaccinated. I’m two-shots Rock, that’s what they call me,” Rock joked, even though the Johnson & Johnson vaccine only required one dose. “That’s the food stamps of vaccines.”

Rock also told host Jimmy Fallon, “I skipped the line. I didn’t care. I used my celebrity, Jimmy. I was like, ‘Step aside, Betty White. Step aside, old people. Judge Judy, kiss my ass. I did Pootie Tang, let me on the front of the line. I was like Billy Zane on the Titanic. Leo [DiCaprio] died. Billy Zane lived to see another day. I don’t want to be Leo at the bottom of the ocean. Billy Zane got another woman after that thing… In reality, you want to be Leo — but not in that movie.”

Earlier this year, Rock was among the many comedians — including Dave Chappelle, Jon Stewart, John Mulaney, Pete Davidson, Amy Schumer, Colin Jost and Michael Che and others — to appear at the all-star “NYC Still Rising After 20 Years: A Comedy Celebration” 9/11 benefit gig at New York’s Madison Square Garden.